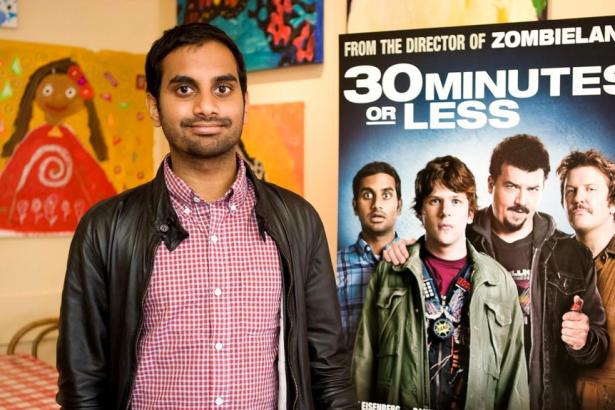 Indian bombshell Frieda Pinto and Aziz Ansari, who stars with Jesse Eisenberg in 30 Minutes or Less are not the only South Asian actors who are breaking new ground in Hollywood.

South Asian and Indian actors traditionally have slim pickings for major "non-stereotypical roles" outside of Bollywood.  It has been difficult for them to make their mark in the Western world, but new opportunities are springing up.
The following 10 South Asian actors are breaking down traditional stereotypes and opening doors for other actors from the subcontinent to live the Hollywood dream. Since South Asia and India is such a diverse region, I have decided to provide as much cultural and family of origin information as possible.

Mindy Kaling. Born in Cambridge, Massachusetts, USA. Both parents are Tamil from India. Mindy appeared in The 40 Year Old Virgin, The Office, and Despicable Me.

Ravi Kapoor. Born in Liverpool, England. Both parents are of Indian origin. Ravi appeared in Grey’s Anatomy, 24, My Name Is Earl, Heroes, and Crossing Jordan.

Sir Ben Kingsley.  Born in Snainton, England.  Father is Gujarati Indian from Kenya and Mother is English.  Ben starred in Gandhi, Schindler’s List, Alice in Wonderland, Shutter Island, and Prince of Persia:  The Sands of Time.

Aasif Mandvi.  Born in Mumbai, India to a Muslim family.  Aasif appeared in ER, The Sopranos, Sex and the City, CSI, Oz, Jericho, Law and Order, and Spider Man 2.

Parminder Nagra.  Born in Leicester, England.  Both parents are Sikh from Punjab, India.  Parminder starred in Bend it Like Beckham and ER.

Sendhil Ramamurthy.  Born in Chicago, USA to Indian parents. Sendhil appeared on Guiding Light, Grey’s Anatomy, and Heroes.
And of course there is always Apu Nahasapeemapetilon who is the owner of the Kwick-E-Mart in The Simpsons.  Better Apu than nothing at all!
Have any suggestions for your favorite actors? Send comments to [email protected]
Read More:
Share on Facebook Share on Twitter

More in The Desi Files