On December 5th at 2pm at Centre A, Refugee Advocate and Writer Zool Suleman hosts a discussion in response to “Abounaddara. The Right to the Image.” Abounaddara's weekly short films offer a glimpse of the lives of ordinary Syrians without restricting them to political or religious affiliations. 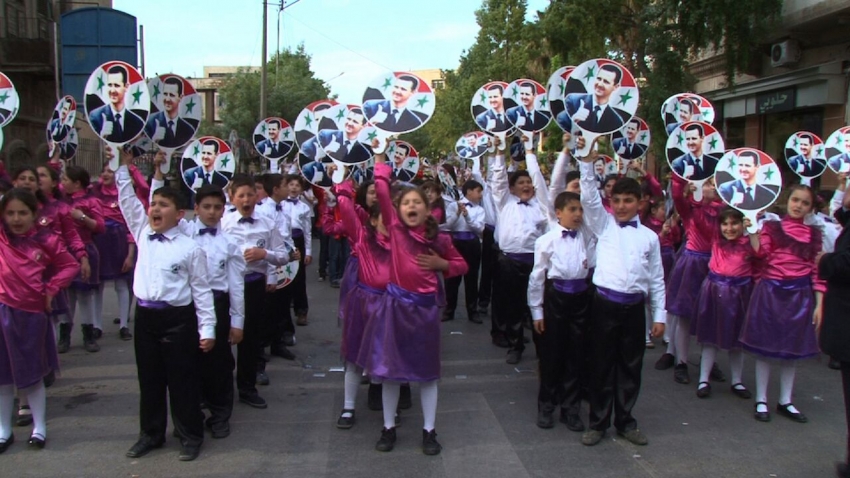 Abounaddara. The Right to the Image, an online art exhibition depicting Syrian daily life that seeks to provoke new thinking about media representation.

On December 5th at 2pm at Centre A, Refugee Advocate and Writer Zool Suleman hosts a discussion on Syrian refugees in response to “Abounaddara. The Right to the Image.”

Abounaddara is an anonymous collective of volunteer, self-taught artists whose weekly short films offer a glimpse of the lives of ordinary Syrians without restricting them to political or religious affiliations, focusing rather, on the details of daily life.

"My comrades and I were frustrated because the media is only interested in the fighting and the political and religious issues," explained Abounaddara spokesman Charif Kiwan in a New School interview, "but they never show people during daily life. We thought, ‘Our society, our countrymen, are totally invisible.’”

While employing the aesthetics of cinema in an open-ended DIY spirit, Abounaddara provides an alternative to the customarily extremely violent representation of the Syrian condition. This Saturday afternoon discussion will be an opportunity where individuals gain insight on an important political art project that plays on anonymity and dis-identification to construct a space of resistance; and to relate that back to current aspects of the Canadian cultural and political climate.

Founded in Damascus in 2010, Abounaddara takes its name from the first Arabic language satirical revue, founded in Cairo in the nineteenth century (Abounaddara = the man with glasses), as well as from Soviet director Dziga Vertov’s film Man with a Movie Camera. Charif Kiwan a spokesperson of Abounaddara says “Their work is a kind of "emergency cinema"– like emergency healthcare, only by way of cinema”.

Abounaddara’s films are shared by Syrians from all sides, to the extent that even a major pro-regime newspaper has written that they represent civil society in a balanced way. The films are garnering ever-greater international recognition, yet they do not benefit from a viable and sustainable mode of production. They depend exclusively on the voluntary involvement of the filmmakers.

Everyone is free to use their videos to forward them, present them on video screens, or create an expanded video program or exhibition. Reverberations of the Syrian revolution have transformed the political landscape of the whole world, including Canada. As it dominates a global discourse on warfare, migration, and media representation, the only voices still reaching us directly from Syria are those of artists. Since April 2010, these voices have produced self-funded, weekly short films and made them freely available to the public online.

These films evoke horror without ever showing it. They aim to empower civil society to independently produce its own image. The films do not look to prove a point, but rather to defend the rights of everyone to a dignified image. For their courageous and groundbreaking work, Abounaddara have been recognized by Human Rights Watch, the Venice Biennale, the Sundance Film Festival (2014 Sundance Short Film Grand Jury Award), the Vera List Center (2014 Vera List Center Prize for Art and Politics), and many others.

Zool Suleman is a Refugee Advocate and Writer who has been involved at the nexus of law/culture/production for many years. In addition to being a lawyer, he published and edited Rungh, A South Asian Journal of Culture Comment and Criticism from 1990-1997.