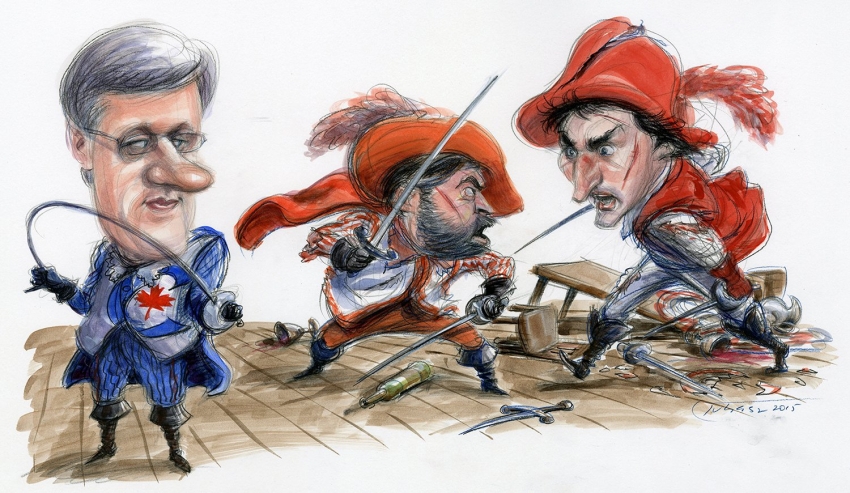 Harper duelling with Mulchair and Trudeau. Illustration by Victor Juhasz.

On Tuesday, September 29th, drop by VO-NO offices to view prints of some of the best images from the last year of political and environmental reporting.

Visitors can view Andrew S. Wright's iconic aerial photographs of the tar sands and the narrative created by images taken along the proposed Enbridge pipeline route through to the Great Bear Rainforest.

Also on display will be political illustrations of Stephen Harper, Thomas Mulcair and Justin Trudeau by Rolling Stone's Victor Juhasz and Elizabeth May by Geoff Olson.

Some of the best of National Observer Senior Reporter Mychaylo Prystupa's images from the last year will also be on view including images from the Burnaby Mountain Kinder Morgan conflict. 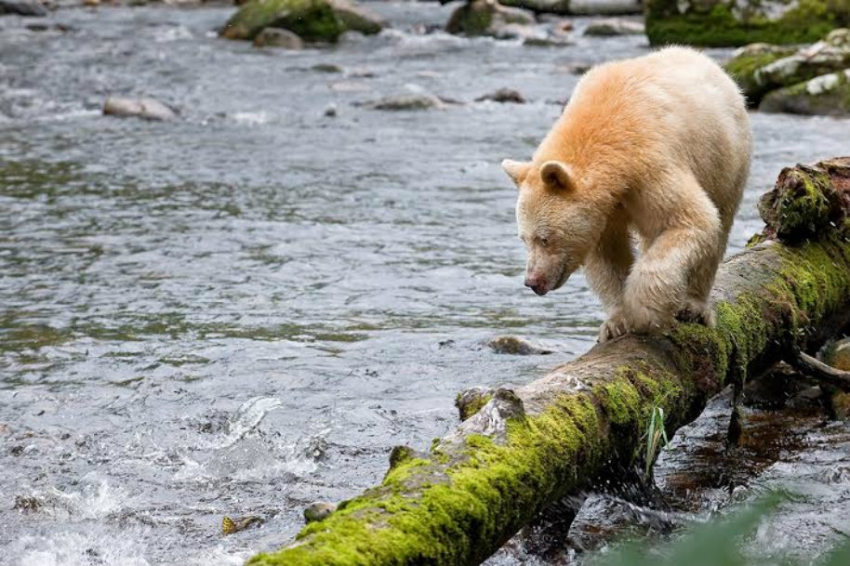 Above:  Image by Andrew S. Wright of spirit bear in Great Bear Rainforest

Where:  Suite 802, The Dominion Building at 207 West Hastings