Shakespeare is alive and well and living in today's theatrical works 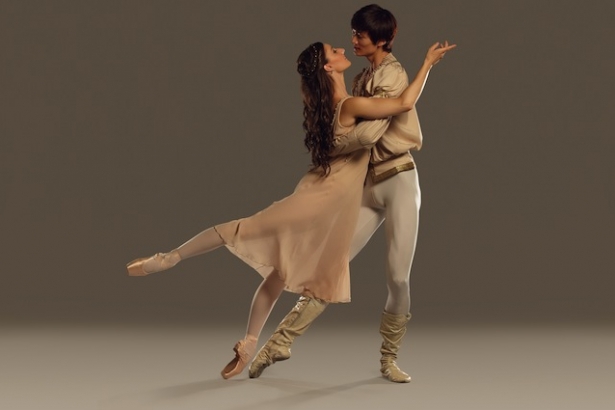 Although William Shakespeare is only the third most translated author in the world (behind Agatha Christie and Jules Verne), his works are probably the most adapted of all time. Case in point: Romeo & Juliet.

The tale of the world’s most famous couple – itself an ‘adaptation’ of an Italian play first published in 1562 – has been featured on both the small and silver screens no less than 40 times; the first being 1908’s Romeo and Juliet, A Romantic Story of the Ancient Feud Between the Italian Houses of Montague and Capulet directed by J. Stuart Blackton and starring Paul Panzer and Florence Lawrence as the titular couple, and the most recent version being last year’s ‘traditional’, indie version directed by Carlo Carlei and starring Hailee Steinfeld and Douglas Booth as the star-crossed lovers as well as featuring Ed Westwick, Paul Giamatti, Stellan Skarsgard and Damian Lewis.

But the tragic saga isn’t just limited to film and TV, it has also been re-created in a variety of ways for it’s original medium – the stage. This includes ballet, opera, and musical theatre. Over the past week, I was fortunate to see two different re-tellings of the classic tale at the Queen Elizabeth Theatre: The Royal Winnepeg Ballet’s mounting of Sergei Prokofiev’s beautiful orchestral ballet interpretation, and the Broadway touring company of Leonard Bernstein and Stephen Sondheim’s generation-defining and culture-changing musical West Side Story.

While both Blackton’s film and Prokofiev’s ballet have no words, the former is a short film while the latter runs approximately two hours and forty minutes long. Prokofiev’s score is beautiful and complex and Rudy van Dantzig’s choreography was next to flawless. As someone who studied ballet (albeit very briefly) and is the son of a former ballerina with the National Company, I have a deep respect for the strength that it takes to get through an almost three-hour tour-de-force performance of acrobatic skill.

I had a chance to speak with Prima Ballerina, Amanda Green, who stars as Juliet in the production. What made this dance different for her was the amount of acting that is involved in its telling, even if it is done silently and with the body. No matter the medium, Green feels that the story of love is identifiable across the world as everyone has or will fall in love at some point in their life.

Green wasn’t actually performing the night I went, that job went to Elizabeth Lamont, a tiny but extremely poised Juliet. For me, the highlight was watching dance on her tiptoes backwards across the stage in rapid time. Her technique was near perfect and she made it seem effortless.

One thing I am learning about in theatre in school is how to define beats and make them clear, especially for a silent movement piece or character work such as mask. Lamont, her Romeo Dmitri Dovgoselets and the rest of the Royal Winnipeg were absolutely perfect in that regard. While the movements may seem over-the-top, their jagged fluidity helps define specific movements and really brings their emotionality to the forefront.

My favourite part of the evening had to be the “Dance of Death” – a duet featuring Yosuke Mino as Mercutio and Eric Nipp as Tybalt after both have been slain in the streets or Verona. Here, Van Dantzig’s choreography becomes almost dreamlike and the two dancers work in tandem – along with Lamont as Juliet – create a powerful and poignant foretelling of what lies ahead, while at the same time bringing forth the idea of redemption for the two fallen swordsman, particularly Tybalt.

That all being said, two things did not work for me. One was “a giant death figure” played by Jack Marcus Traylen. It consisted of Traylen coming out in a giant puppet costume that seemed to fit more in Noh theatre or a Chinese celebration than in ballet. Traylen did fine with the choreography he was given and while I understood the symbolism it just did not fit in with the rest of the piece.