Zen and the art of soft diplomacy 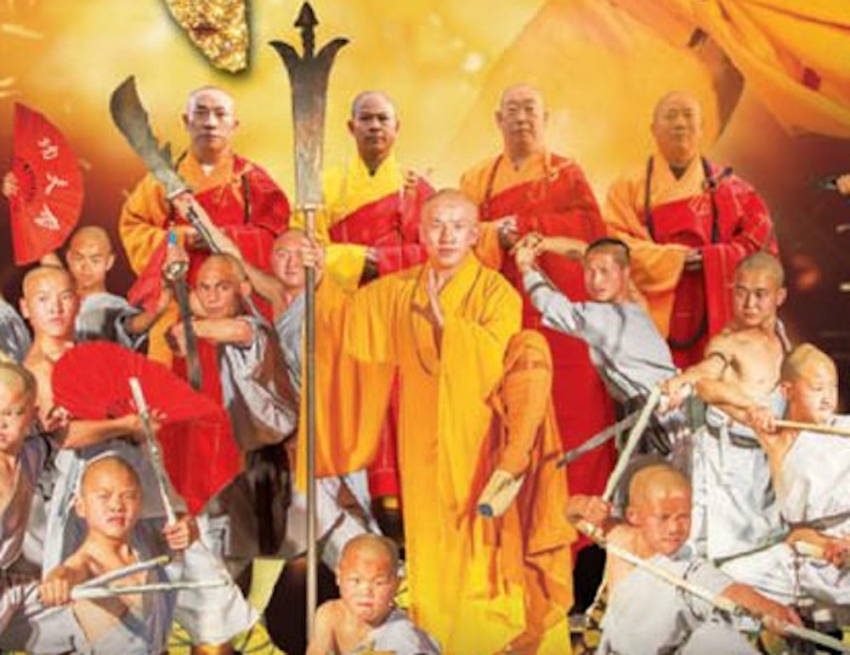 The first-ever live Canadian staging of a martial arts farrago by the monks of China’s Shaolin temple was in Vancouver’s Queen Elizabeth Theatre on Wednesday. While waiting for late-arriving VIP’s, the audience was treated to countless re-runs of the show’s 30-second promotional video on the backdrop screen.

Then half an hour of fungible speeches, mostly in Chinese, by a couple of senior monks, plus representatives of the provincial trade ministry, the Chinese consulate, a pair of Vancouver real estate companies and -- for some reason -- the local Red Cross. All extolled Shaolin Zen kungfu as a precious emollient of Sino-Canadian People’s Friendship.

Squirming through all this pomposity, our seven-year-old grandson – a weekend kungfu novice at a local martial arts club – leafed through his souvenir program. Five pages of program notes and 12 pages of ads: four realtors, four “collectible” galleries, a pair apiece of financial services firms and travel agencies, a law office, a winery, a golf club, a trash compactor, a video game parlour, an auto repair garage and four dozen assorted logo thumbnails.

At last the houselights dimmed and the 22 monks entered from the rear of the hall, stately elders in front, followed by a line of acolytes with bells, banners, icons and incense. Our grandson’s eyes brightened at the sight of half a dozen pre-teen bonzes bringing up the rear, each carrying a pair of lighted lotus candles. The whole processional deployed onstage amid solemn chants of “Amitofuo” (阿彌陀佛, “…in the name of the Amida Buddha”).

Which comprised just about the entire explicitly religious content of the evening. All the remaining scenes in the program amounted to set pieces of balletic/acrobatic stuntsmanship. Stunning demonstrations of discipline, impeccable coordination, dazzling speed and strength, aesthetic symmetry. The 20 vignettes flowed seamlessly into one another to the tune of vaguely pentatonic Chinesey disco music (lots of reverb), against a shifting cyclorama backdrop of snow-globe landscapes, bamboo forests, spiral galaxies, pagodas, fireballs and yin-yang taiji whirlgigs.

It was not exactly kungfu combat – much less Zen – in that everything was meticulously pre-programmed, with no room for spontaneity of any kind. Hard to imagine a more choreographed sort of meditation. Nevertheless, these monks are the real deal, as far as Dr. Yves Tiberghien, director of UBC’s Institute of Asian Research, was concerned. “After all, they’re from the origin temple of Chinese Zen,” he assured The Observer in a lobby interview at intermission. “Their lineage goes back to the founder of kungfu. Why, he even created tea.”

The man he’s referring to, instigator of so much chinoiserie, wasn’t even Chinese. He was a South Indian prince-turned-monk, the 6th century missionary Bodhidharma. His riddling strain of religious practice was seen as so subversive in his day that he got himself banished by the piously Buddhist Emperor Wu. Even in modern times, China’s ruling Communists have often looked askance at Zen monasticism, but in recent decades have recognized the propaganda value of Shaolin’s cachet. Senior monks are now recruited to train China’s police and military. And, as a “soft diplomacy” initiative, the Shaolin roadshow has already toured three continents.

As far as I could tell from observing the QE crowd, the diplomatic subtext seems to be, above all, to stoke the ethnic pride of overseas Chinese communities worldwide. For the rest of us, the message seems to be to vaunt the prodigies that a disciplined people can achieve through strict adherence to hierarchical authority.

Prodigious indeed. The performers virtually quiver with the power of the qi (“life force”) that they marshal about their bodies by sheer strength of will. They muster so much energy that it forces its way out in blood-curdling barks and yells – especially unnerving when emitted by pint-sized monks whose voices have yet to change.

One juvenile bonze – he looked barely 10 years old – made a specialty of concentrating so much life force into his dan tian (丹田, or “field of cinnabar,” the lower abdominal region believed to be the hub of the body’s qi ) that he could adhere a brass prayer bell there by sheer suction. A pair of older kids, then, passed a dowel through the loops of the bell and paraded the young virtuoso around the stage suspended from a shoulder pole. None of these pre-pubescent priestlings, by the way, were credited in the program, unlike their elder brethren in the faith.

The stage wound up strewn with shattered bricks, metal rods, quarterstaffs and such. We were regaled with handstands, headstands, fingertip walking, impossible contortions. The monks relaxed on beds of nails, climbed ladders of knives and pirouetted on spear points. In order to prove that the cutlery was real, acolytes prefaced such stunts by splitting watermelons on the honed edges. “I guess it shows these guys are tougher than watermelons,” the grandson observed.

The evening concluded with a multi-ring circus, each monk recapping some signature stunt, all to the frenzied castanet clacking of 20 muyu (木鱼, or “wooden fish,” a kind of percussion instrument normally used as a slow, metronomic time-keeper for stately Buddhist chants). But then, at last, the high-flying acrobats all turned their backs to the audience and settled down into tidy, obedient rows at the feet of their hierarchical priestly masters. 阿弥陀佛