vACT's upcoming "Kuroko" breaks Shigematsu out of his shell

But the strikingly numerous tourists mostly slid silently past one another, avoiding eye-contact, like self-effacing kuroko or indrawn hikikimori. 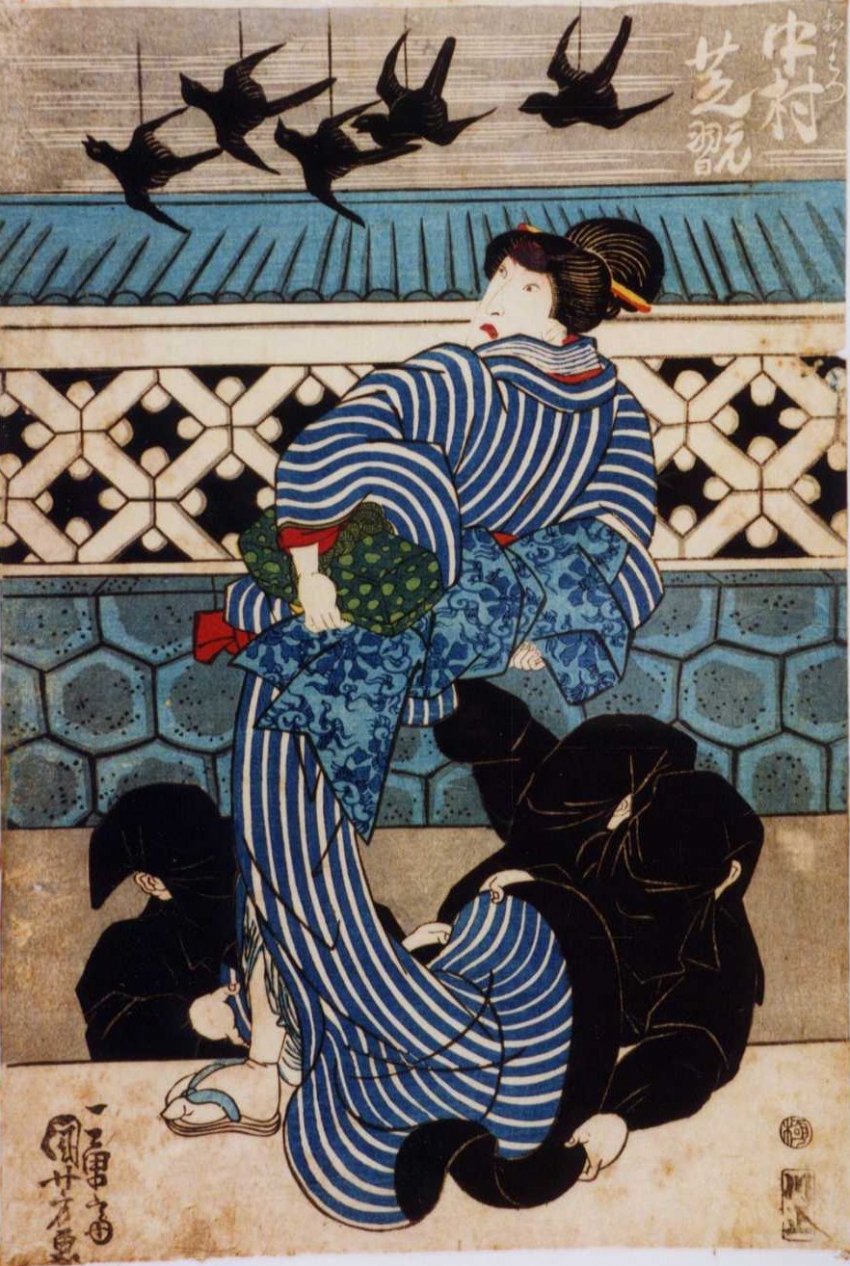 In such a setting, can an emotionally crippled Maya turn tables and become an empowering enabler, a kuroko in her own right, to the parent who has so long both nurtured and stunted her? Without tipping off any plot-spoilers, it may be noteworthy that vAct has cast martial arts expert Kanon Suzuki Hewitt in the hikikimori role.

Such questions  – paradoxes of mutual interdependence and the “terrible beauty of life” underlying even the deepest intergenerational and interpersonal silences – animate both Empire of the Son and One-Hour Photo, Tetsuro’s prior vAct productions. But in each of these previous tours de force, Tetsuro himself was front-and-center as writer, solo performer and memoirist.

In the new play, though, Tetsuro sidelines himself into the invisible kuroko role of an unseen playwright, ceding the centre stage instead to a quintet of Asian-Canadian actors -- Hewitt’s Maya, along with John Ng, Manami Hara, Lou Ticzon and Donna Soares. Many recidivists on the technical side, too, but some notable newcomers as well, such as Director Amiel Gladstone (of Onegin fame), Set Designer Sophie Tang, Costume Designer Christine Reimer and Sound Designer Sammie Hatch; an offstage “creative team” of 15 technical credits, in all.

Working with so many “invisible” kuroko enablers and onstage co-stars is something new for Tetsuro. And, like any expectant parent (no matter how many times you’ve already been to the delivery room before), there’s a fair amount of nervous anticipation.

Once we peel him out of his black, rubberized integument, though, and plonk him (as per the canons of Japanese hospitality) into a 40o C cedar hot tub, he starts to relax and philosophize. At least, after all, this time he’s in a more overtly paternal role; he’s already seeded his brain-child script and is now cheer-leading from the sidelines rather than personally pushing the show through its labour pains of birth.

But he’s already mooting his next production. Once again, he’ll return to the spotlight in a solo performance, but only in a derivative stage-show spun off from a book project he has in mind. Still a “paternal,” generative role, then, but by no means patriarchal. It’s all about masculinity.

“So how,” he ponders, “do you stake out your manliness in most modern societies? Maybe by making a lot of money. Or sexual conquests. Or swagger. Or winning fights. Or risk-taking. Or tough-as-nails stoicism.

“Pretty unprepossessing gallery of types, when you think about it: the greed-head, the sexual predator, the braggart, the thug, the daredevil fool, the numb catatonic. There’s got to be a better way, and that’s what I aim to study out in this next work."

A samurai project, is it then, for a deeper contemporary understanding of bushido (武士道), the warrior’s spiritual path? Tetsuro laughs, “If I’d been alive alongside my samurai ancestors in feudal Japan, with my dismal eyesight they’d have stuck me away in a back room of the castle as a squinty accountant or somesuch.

"But, for this book and play, I want to think through a new way to make myself the Manliest Man on Earth. In fact, that’ll be the title of the project.”

There he sits, the Manliest Man-to-be, wan and slight in the bath, his moustache drooping, for once, steamed out of its customary perky tumescence. Yet I’m convinced he’ll deliver as promised on the next show, just as he has on so many improbable projects to date.

Kuroko runs November 6-17 at the Cultch Historic Theatre (several shows already sold out and tickets are going fast). The Manliest Man on Earth, he estimates will come out about three years after that.

“By then, my daughter, Mika, will be 19, a young woman, already, on the verge of her own independence. And my son, Taizo, will be in his mid-teens, defining himself. I hope this exercise will prove useful to them.”

By then I’ll be rounding on my 80’s, I hope, I look forward to learning a lot more about how to be a Man from this youngest of Old Souls.