Panto pantsed for Adults Only

Silence of the Lambs musical send-up; something to affront everyone 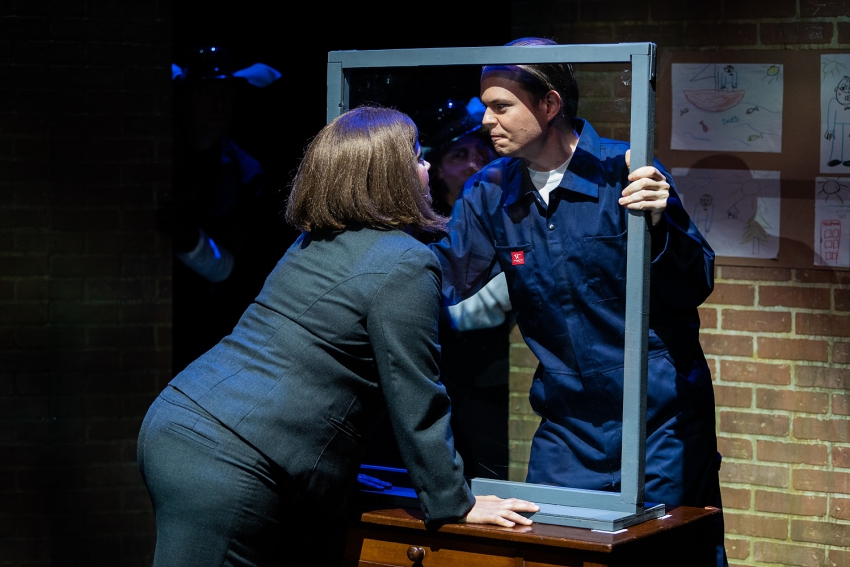 Are you addicted to jejune slapstick, potty-mouth doubles entendres, hokey stagecraft and subversive spoofery of canonical classics? Then your summer drought is over!

Thanks to Down Stage Right (DSR) Productions, no need anymore to wait ‘til Christmas for your next Panto fix. Nor even to recruit a theatre party of some random juveniles to lend a “family entertainment” veneer to your secret cravings.

In fact no kids allowed in Arts Club’s BMO Theatre from now through August 3rd during the run of Silence! The Musical. The show’s simply too raunchy, the language too raw, the nudity and LBGT-bashing too blatant for such tender, young eyes.

Playwrights Al and Jon Kaplan, never known for their restraint, go out of their way to delectably affront your Adults Only sensibilities, too.

This is not, after all, a gentle send-up of some anodyne fairy tale. Our source text here is the paradigmatically kinky 1992 cult classic psycho-horror movie Silence of the Lambs, whose baroque plot twists give endless play to director Mark Carter’s instinct for gaucherie. Still, the basic Panto formula holds:

So we have seven of the eight cast members of Silence! doubling as choristers in black pants suits and derbies embellished with little white lambs’ ears and hoofed forefeet. All set changes are blended right into their non-stop 90-minute dance routines as they slide all scenic flats and stage furniture around on rolling casters.

The only character exempt from chorus-line lamb duty is our protagonist, wannabe G-Girl Clarice Starling (Stephanie Liantopoulos). She’s too busy bumbling her way to the top of her FBI agent training academy class with her patent blend of wide-eyed Girl Scout innocence with pole dancer bumps and grinds. It’s a heady blend, well paired with her sock-it-to-‘em vocal delivery – a talent to watch!