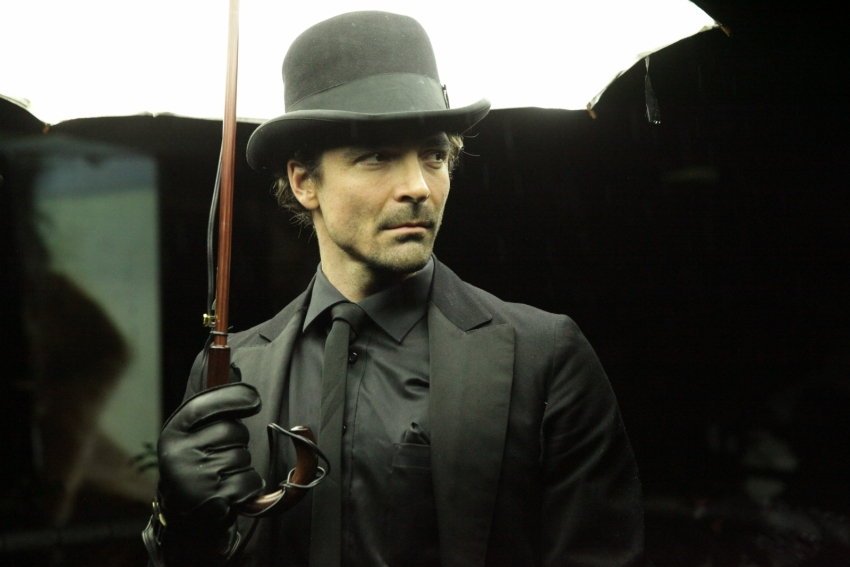 Radix Theatre’s new project, TBD, combines profound subject matter with the thrill of a treasure hunt adventure. Based on the Tibetan Book of the Dead, this world premiere is truly an unusual interdisciplinary theatre experience.

Audience members are guided over the course of three weeks through their own metaphorical process of death and rebirth, all the while interacting with cast members throughout their daily routine. Guided by a smartphone location app installed to each participant’s phone, actors engage with the audience through text messages, audio and video podcast, direct mail, and surprise encounters in the home.

“It follows the themes [in The Tibetan Book of the Dead] of fear of death, eliminating fear, non-attachment, compassion and avoiding distraction.”

The journey is extremely playful, delivered via snail-mail letters, paper bags with mystery contents, podcasts and then a series of site-specific installations at Celebration Hall at the Mountain View Cemetery, The Roundhouse Community Centre and three outdoor sites that are “To Be Determined.”

“Someone suggested creating a show that makes the audience feel like they're in someone else’s body," Laurenson recalled.

"Which led to someone who was interested in the idea of Reincarnation Services where you get to decide where you want to go next and who you want to be.Then someone said that it reminded them of The Tibetan Book of the Dead. You read the book to the dead person for 49 days at which point they either go to the white light or are reincarnated."

And so the idea was born. The 49 days proved to be unwieldy so they narrowed it to another multiple of seven: 21 days.

“We realized that the book had a three-part structure like a three-act play. Part one or week one was Death. Part two or week two was Becoming. Part three or week three was Rebirth," shared Laurenson.

“It’s like an augmented reality game where people get assignments. It means the audience has to engage their imagination in order to play along with us.”

Though a potentially grim subject, Laurenson said the reaction of the participants in the prototype adventure last year was emotional — with the main emotion being happiness.

“We do a PowerPoint presentation at the beginning and show an arena full of Buddhist monks. Everyone has a huge grin on their faces. Tibetans seem very happy.”

For Laurenson the lesson has been profound: "When you are believing that life is short, you value each moment more."

No smart phone? They have some available with a data plan donated by Rogers.