Huffing in a henhouse 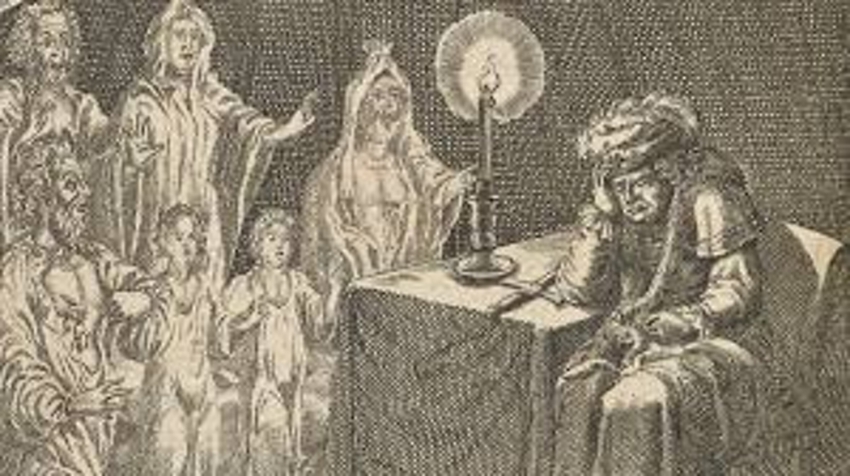 The ‘royal road’ to a drug buzz, I’m told by aficionados, is by nose –  huffing or snorting. Don’t try this at home, but here’s how: measure out your dosage and dehydrate it into a concentrated paste, powder or vapour. Then use some sort of bag or tube to isolate it from any ambient air and just Hoover it in.

Play-going in the airless, vaguely louche confines of the black-box Tyrants Studio atop the iconic downtown Penthouse strip club may be the theatrical analogue of huffing. And, for Bardolators, the character of Richard III has long been a Shakespearean drug of choice. You know that he’s toxic, but he’s irresistibly – even addictively – fascinating.

He’s a gusher of lying improvisations, a shape-shifting disrupter, a hip-shooter. And those gloating, tell-all soliloquies confided straight at the audience! In an era of Twitter, he’d be all manic thumbs.

He waylays the funeral cortege of a slain rival so as to seduce the grieving widow. He assassinates two princely nephews and then suborns their mother to pimp him a surviving niece. It’s the 15th century equivalent of grabbing women by the crotch or randomly shooting some hapless 5th Avenue stroller.

Yet still he boasts himself “a marvellous proper man” who surrounds himself with mirrors “since I am crept in favour with myself.” But, unlike some latter-day narcissistic sociopaths, Richard is no bloated buffoon – at least not as played by Daniel Doerksen in Seven Tyrants’ remount of writer/director  Camyar Chai’s UBC thesis project, King Richard and His Women.”

This Richard is lithe and eloquent, his almost-plausible wooings and pieties interspersed with transactional sang froid and demonic rages. Even the bodily “lump of foul deformity” that to Shakespeare betokened his inner depravity is reduced by Deorkson to a mere persistent shrug of the left shoulder.

We first meet Richard at the moment of his defeat on the climactic battlefield of the 30-year War of the Roses. In the limbo imaginarium of his dying breath, he’s confronted by a quartet of women he’s wronged: witchy Margaret (Linda Quibell), the deposed Lancastrian Queen; the Yorkist Queen Elizabeth (Leanna Brodie), his sister-in-law and mother of his murdered nephews; his own mother (Sandra Ferens), Duchess of York; and his short-lived royal bride, Queen Anne (Ghislaine Doté).

Chai’s lines are culled entirely from the Bard’s own text but, restricting himself to these five characters (versus the Folio’s original 50-strong dramatis personae), he boils the play down to a one-act “allegory,” a huffable 65-minute distillate of Shakespeare’s longest script.

Gone is all the Realpolitik – the shifting alliances of warlords, courtiers, churchmen and proles that so bewilder modern audiences, (but which might have been the juiciest aspect to Elizabethans intrigued with the antecedents of their own Tudor sovereigns). Instead we’re left with the anhydrous residue of the four women's pure animus.

Only the Duchess retains a scintilla of instinctive maternal sympathy for the fallen King. So, to recruit her to their unanimous ‘guilty’ verdict in the dreamlike limbo-court, the other women set out to recap Richard’s dastardly rise.

Quibell skewers him with razor sharp curses, mystic chalk circles, oracle bones and hexy mudras. Deorkson deflects all with suave sarcasm. Doté croons her grief and mimes her scorn (reflecting her preponderantly dance and opera background), but succumbs in the end to the honey-trap of Deorkson’s flattery. Brodie basks along with Richard in the ascendant “Sun of York,” only to be reduced to a brittle, pill-popping wreck after he throttles her two little sons (ingeniously voiced and manipulated by Deorkson as two piping little golek puppets).

But when he crows about all this, it’s too much for even a mother to bear. Strumming his broadsword like an electric guitar, Richard sings  his boadts to a “Brechtian  ommpah” tune that Deorkson, a Jessie award-winning musician, personally composed for the occasion.

“ …it stands me much upon/To stop all hopes whose growth may damage me," he declares. "…I am in/ So far in blood that sin will pluck on sin:/Tear-falling pity dwells not in this eye.” The Duchess, in disgust, heaps on him “my most heavy curse…Bloody thou art, bloody will be thy end/ Shame serves thy life and doth thy death attend.”

Too late, he realizes at last “There is no creature loves me/And if I die, no soul shall pity me:/Nay, wherefore should they, since that I myself/Find in myself no pity to myself?”

So the women, in feminist solidarity, surround the King in the limbo court and one-by-one administer their own coups de grace to his naked corpse, chanting lines from Shakespeare’s famous “despair and die” dream sequence.

The performances are all pitch perfect and the denouement is a feminist paean to sisterly solidarity. But, aside from implacable grief and revenge-lust, one senses there’s not much that actually unites these women. And Deorkson, getting all the best lines, far outshines them in his dark complexity.

The closing spectacle sucks all the air out of the tiny black-box Studio: the naked King, a “bunchback’d toad” flung dead across his velvet throne right there in front of us in this most intimate space. We totter out, huffed and breathless, down the three-flight stairway of the Penthouse pole-dance palace.