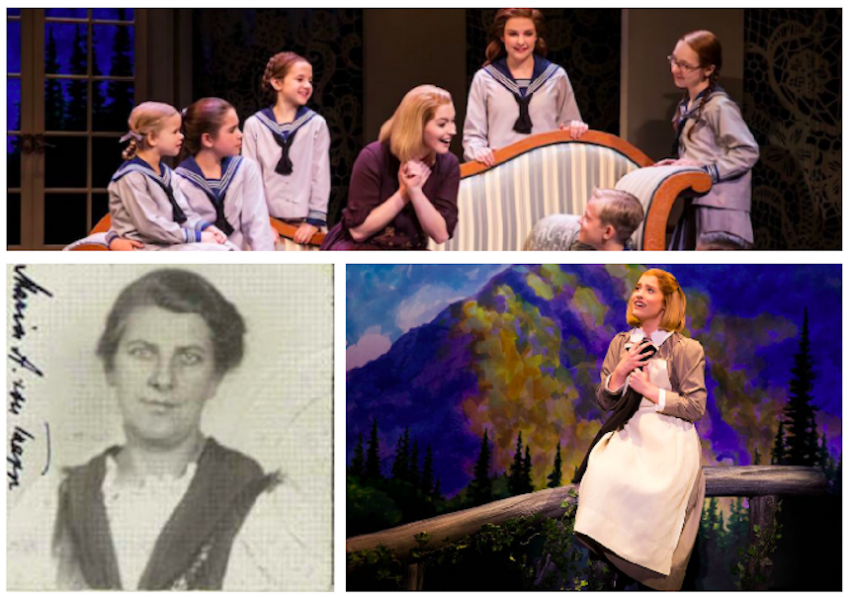 Broadway Across Canada (BAC) has rolled its quarterly magic back into town. Every few months, the boxwallah touring company sends us a semi-trailer packed with musical comedy magic – anything from Kinky Boots to Phantom of the Opera.

Also along for the ride: a lot of magical thinking about how to fend off fascism.

When I first saw TSOM at New York’s Lunt-Fontanne Theatre, Ike was still president (and Diefenbaker firmly entrenched in 24 Sussex) and the cocky “Anglophone democracies” – freshly triumphant over the Nazis – were just embarking on a new crusade, this time against godless Communism.

Hitler’s 1938 Anschluss annexation of Austria was just a couple of decades in the rearview mirror, well within my parents’ living memory. But in passing on their legacy to us kids, they – and a generation of like-minded Moms & Dads – preferred to gloss over the messy details of that era in favour of a tidier, cheerier narrative.

The Sound of Music filled the bill: winsome, Church-going, right-thinking families can handily rollback encroaching “blood and soil” thuggery as long as they keep their guitars in tune and set their sights on the torch of New York harbour’s Lady Liberty. Just “follow every rainbow, ‘til you find your dream,” as the show’s signature anthem would have it.

Made perfect sense to me at age 11 and, deep down, I still cherish a childish hankering for that simple faith.

So, apparently, does a lot of my generational cohort, judging from the audience demographics at the show’s opening night in Vancouver’s QE Theatre. There was a leavening of little girls in crinolines and 30-ish same-sex couples, but it was mostly nostalgic Boomers in the packed house.

TSOM is already rounding on its 58th birthday (counting from its Broadway debut). To my taste, anyway, its score and script are by now sounding rather corny and dated and its worldview implausibly simplistic. The show has not aged well.

Neither, alas, has our Boomer generation.  Far from conclusively snuffing “ethnic nationalist” demagoguery in the mid-20th century, we’ve now pumped it full of steroids, enshrined its clownish avatars at the pinnacles of power, paraded it by torchlight through our streets and condoned its murderous rampages. Some of us once again shamelessly “Heil” each other in greeting; others just shrug and try to keep our heads down until it all blows over.

It won’t blow over. There’s no going back to some sort of Great Again status quo ante. That was the lesson learnt by the real, historical Von Trapp family, whose story significantly differs from the musical comedy version.

The actual Maria was raised as a socialist and an atheist before her religious epiphany in the midst of a Bach concert. She was 25 years younger than her husband. They married (by her account) not for romantic love, but to give the Von Trapp children a caring stepmother after they lost their birth mother.

They wed a full decade before the Anschluss, not on the very eve of Hitler’s invasion. Their emigration to America involved some bureaucratic flimflam, creative press agentry and a comfortable rail-and-sea journey rather than a hectic night-trek over the Alps. The family’s musical repertoire comprised motets and madrigals, not yodelling polkas and solfeggio mnemonics.

When her husband pre-deceased her on their Vermont farm, Maria returned to her religious vocation and went as a missionary to New Guinea, where one of her daughters remained for 30 years. By all accounts the real-life Maria sounds like a rather serious – almost severe – person with an intermittently fiery temper, but an inspiring example of humane, if somewhat patrician, anti-fascist values.

TSOM’s stage Maria – at least as played by the ever-perky Jill-Christine Wiley in the BAC production – seems a lot more fun. And her seven juvenile co-stars are unflaggingly, almost fatiguingly, adorable. They’re all destined for lustrous stage careers, judging from their playbill bio-notes.

Lauren Kidwell enacts a most motherly Abbess, but belts out the show’s signature anthem with all the smoky fervour of a veteran torch singer. The role of Captain Von Trapp gives Mike McLean plenty of occasion to show off his fine, rich baritone – so rich that it seems almost a bit incongruous with the lissom frame that serves him so well in his dance scenes. His chemistry with co-star Wiley, though, seemed a bit forced at times.

As with most BAC extravaganzas, much of the dazzle lies in the stagecraft. Set designer Douglas Schmidt makes ingenious use of flats and scrims and cyclorama projections to shift smoothly from Abbey to Schloss to Alps and back. Costume designer Jane Greenwood presents a beguiling swirl of period finery, and music director Michael Uselmann, conducting from his keyboard, manages to wring a full orchestral sound out of his 10-member travelling ensemble.

The original Von Trapps, or their descendants, can still be visited at their family farm in Vermont, which has now evolved into a snazzy resort. But for a handier and more affordable feel-good fix, might as well take in BAC’s TSOM at the QE.