Fringe Reviews: Grounded and Not Enough

Two one-woman shows, on opposite sides of anxiety and despair 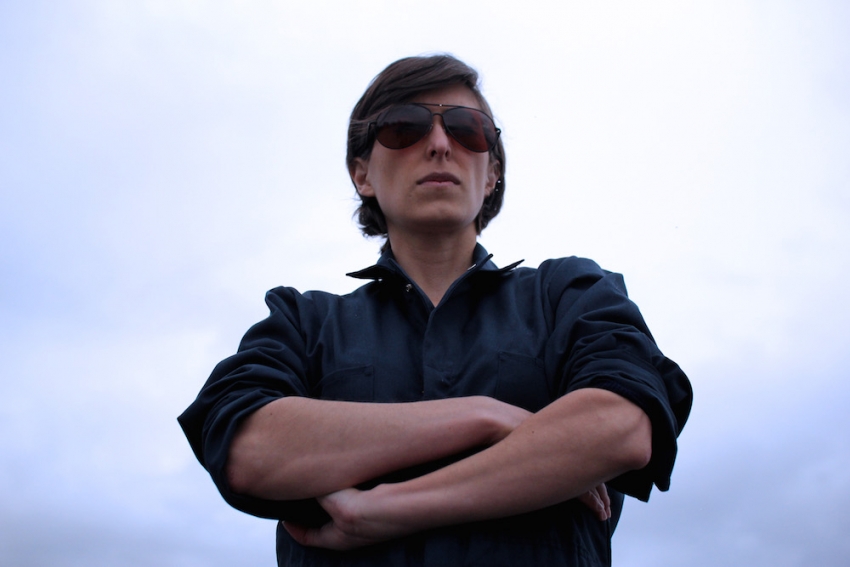 Joanna Gaskell as the Pilot feels the need, the need for speed. Photo by Emily Bayrock.

Joanna Gaskell is the Pilot. And the Pilot feels the need, the need for speed. When we first meet her, she’s flying an F-16 over Iraq. She’s Maverick and Iceman combined, astride a $19 million killing machine, all high-fives and drinking with “her guys” back at the base.

Things change, though, when she gets pregnant and finds herself reassigned to the ‘Chair Force’. She becomes a drone pilot, sitting in a trailer outside of Las Vegas and “driving to war like it's shift work”. This change in perspective, combined with her new family, throws the Pilot’s life into a tailspin of anxiety and despair.

The play Grounded, by George Brant, has had a steep climb to international success. It won a Fringe First award at the Edinburgh Festival, and then had an extended run at the Gate Theatre in London. Last year, Julie Taymor directed Anne Hathaway in an off-Broadway production.

It’s easy to see why the script has won so much acclaim—it’s lyrical and vivid. Again and again, The Pilot contrasts being in “the blue” of actual flying with staring at the monochrome grey of the drone’s camera feed.

When the Pilot joins the Chair Force, she compares it to a typing pool, where “the threat of death has been removed.”. When she has a baby girl, The Pilot asserts that she won’t grow up to be “a hair-tosser, a cheerleader, a needy sack of shit.”

The play text, interestingly, looks like poetry interrupted by occasional, rambling monologues. The script is also impeccably researched, and stands on its own as an impressive piece of reporting by Brant.

It’s a lot of airplane for Gaskell to handle, but she meets the challenge with a muscular performance. We are totally convinced by her transformation from crotch-first god of the sky to grieving desk jockey. Her attention to detail is exquisite as she makes The Pilot more and more vulnerable to us, one tiny adjustment at a time.

Late in the play, she observes that “JC Penney or Afghanistan, everything is witnessed”. Do yourself a favour and witness Grounded before it closes.

Wrestling with Crazy Mind Demons in "Not Enough" 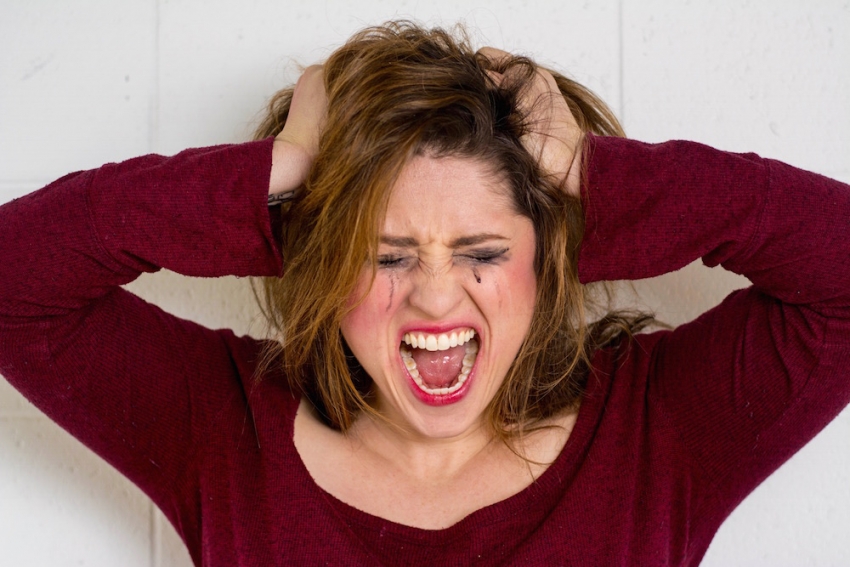 David Mamet wrote that “a life in the theatre is a life spent giving things away”. In Not Enough, Megan Phillips’s very personal one-woman show, she’s given, or maybe thrown, everything away: her boyfriend, her professional opportunities, her health. And she gives away a lot more to us in a bravely intimate show.

In Not Enough, a woman goes on a meditation retreat, wrestles with her “crazy mind demons” and comes out the other side. This is the quintessential Fringe show: “Watch me process my pain on stage”. To Phillips’ credit, she acknowledges this (along with her went-to-boarding-school, white girl privilege) within the show.

Phillips is a capable performer, wry and sardonic. She makes entertaining caricatures out of the people at the retreat, whether it’s in the snort of her phlegmatic guru or the vocal fry of “Om girl”, her karmically-perfect fellow meditator.

The performer uses a looper pedal and a microphone to create loops out of her intrusive thoughts, which form a kind of mordant heartbeat for the show. It’s an effective technique (echoing director TJ Dawe’s use of a related sound tools in his show), and sets it apart from many of the other one-person shows I’ve seen.

It’s a little fiddly for her to run the soundboard while she’s acting. I wondered if she might have been better off with super-sized knobs and a tighter integration between the knob-twiddling and her performance.

The show lays the blame for Megan’s current predicament on her childhood—absent mother, mean girls, the cruelties of show business—and her mental health. Additionally, Megan doesn’t seem particularly sympathetic to the people around her, either at the retreat centre or in flashbacks. The show seemed to deny Megan any agency in her own downturn.

This feels like a very de rigeur way to think about mental health, particularly among the young people who attended the show. But it’s also the less dramatic choice for the playwright.

Not Enough is in a temporary venue at Arts Umbrella, a sweaty little box at the front of the building. It was basically sold out the night I attended, and I wondered if Phillips ought to add a Bikram yoga joke. Dress accordingly—I can’t imagine how the audience member wearing the coonskin cap survived.

If Not Enough was the first Fringe show you’d ever seen, it would blow your mind. If it was the 15th or the 50th, it would be an enjoyable voyage—familiar and predictable, but skillfully performed.

Fringe matches made in heaven: "Falling Awake" and "2 for Tea"

Fraying at the Fringe: Dementia Monologues