More hits than misses in a frantic, far-flung, eclectic week. 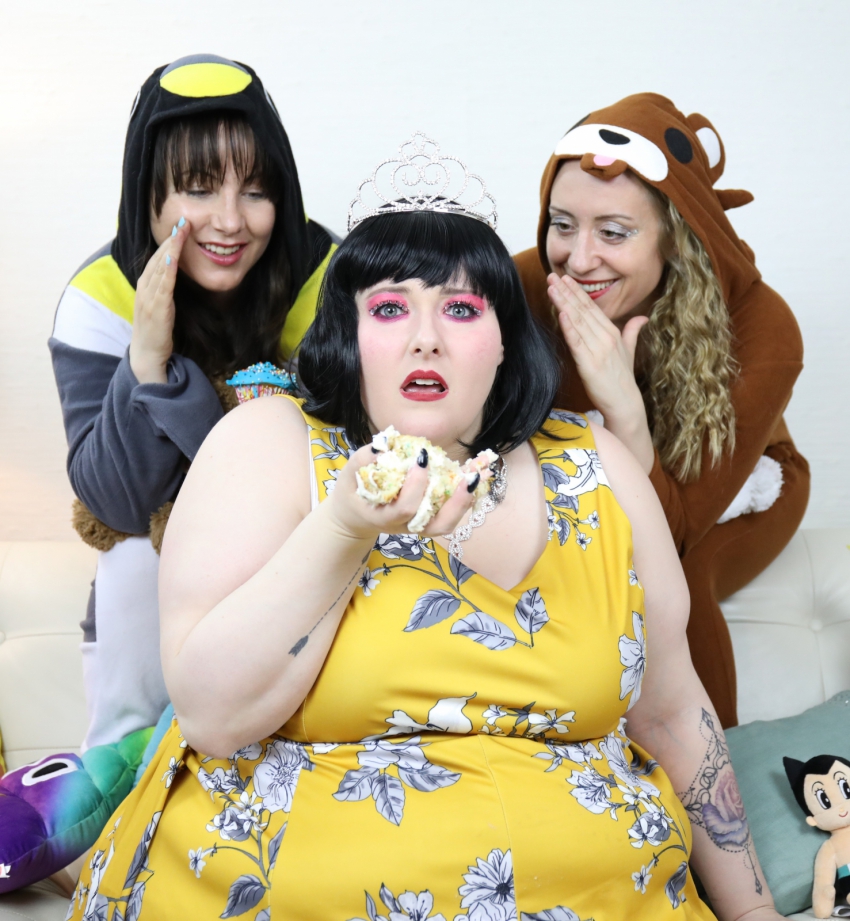 You take your chances at the Fringe. With nearly a hundred disparate programs, scattered citywide across a dozen venues and an avowed mission to showcase young up-and-coming talent, you never quite know just what you’re going to get in any given show.

You take your chances with the weather, too, for the fortnight-long festival recurring every September. At this season, in our Temperate Rainforest climate, you could wind up basking in “Indian” (or “First Nation” or “Indigenous”) summer or doused in the first wave of autumn rains.

Rain prevailed in 2019, as the 35-year-old Vancouver Fringe rounded on middle age. And the lowering skies found a reflection in this year’s program roster, with a preponderance of serious shows engaging Big Topics. Not that there weren’t plenty of laughs to be had as well, but even these shows had a thought-provoking edge.

One of the edgiest – and funniest – we saw was Comedy Central Comedian Bill Santiago’s monologue The Immaculate Big Bang at the False Creek gym.World-class stand-up, with all the customary tropes: long, manic, free-associative riffs punctuated by gapes of gobsmacked amazement. Except here the motor-mouth patter is all about the lightsome subject of cosmology. And nobody can pose cosmological conundra like a four-year-old.

So we start out on the swing set in Santiago’s native barrio in the Bronx. It’s the one-month anniversary of his father’s death – sort of Papi’s “birthday in heaven,” as he tries to explain to his toddler daughter. Santiago’s still contorting through the convoluted stages of grief, but the little girl cuts straight to the chase: “So will there be cake?” And where has Papi gone?

Why, back where he came from, the Great Nothing that we all come from. And just like that – Bang! Big Bang! – we’re off on a magical, mystery tour d’horizon of contemporary cosmological thought, right up to and including the probabilistic riddles of Quantum Physics and Shrodinger’s Cat, all spelled out with toddler-appropriate concision and drollery. But to buy into such paradoxes, he admits, needs a leap of faith as daring as his own Puerto Rican Mami’s credence in the rites of Santeria or the inerrancy of Catholic Scripture.

Not that Santiago has anything against Scripture, per se. As a pro storyteller, he admires the narrative thrust of its opening salvos, Genesis and Exodus. It loses its oomph, though, by Book Three, with all those rules and regs. Why not just toss Leviticus and sub in something spritelier, like his daughter’s favorite Doctor Seuss book. With preacherly solemnity he intones, “I Am Sam. Sam I Am,” aiming a Godly accusatory finger straight at the audience. He had me converted; a single-handed tour de force.

Another one-man tour de force across town at the Cultch. But this one was decidedly two-handed, with 10 twitchy digits emanating from the puff sleeves of monologist James Jordan’s thrift-store Beethoven costume. Playing the title character in his original script, Ludwig and the Hammerklavier, he spends much of the 75 minute production performing (by memory, no less!) some 30-odd demanding musical selections on an onstage spinet. Beethoven sonatas, mostly, with a sprinkling of symphonic transcriptions and snippets of Bach and Mozart.

And the hands don’t stop moving even when he steps away from the piano. Rather they flutter in mid-air as he paces the stage for a first-person account of the composer’s life and (very) hard times. Luckless in love, health and the vicissitudes of fame and fortune, Jordan’s Beethoven nevertheless forges on with sardonic cheer, fortified by goblets of lead-impregnated wine. We hear of his encounters with the likes of Mozart, Haydn and Goethe, as well as assorted numbskull blue-bloods, all punctuated with shrill cackles and Germanic harrumphs.