Fraying at the Fringe: Dementia Monologues 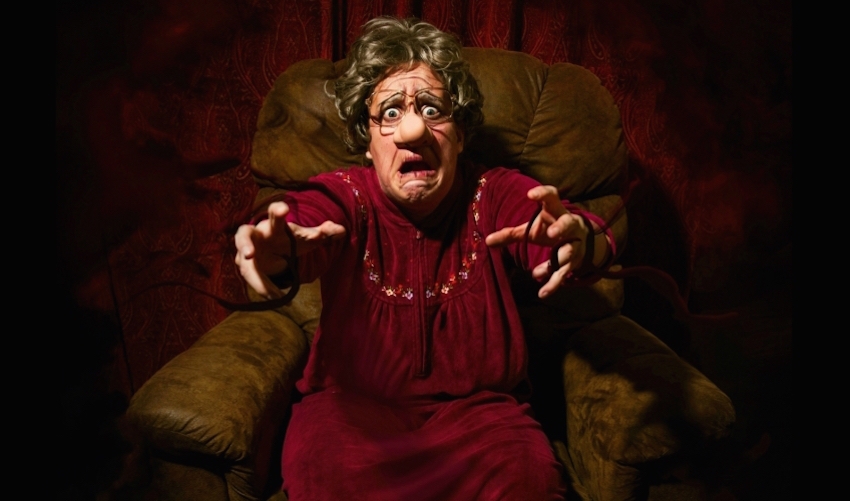 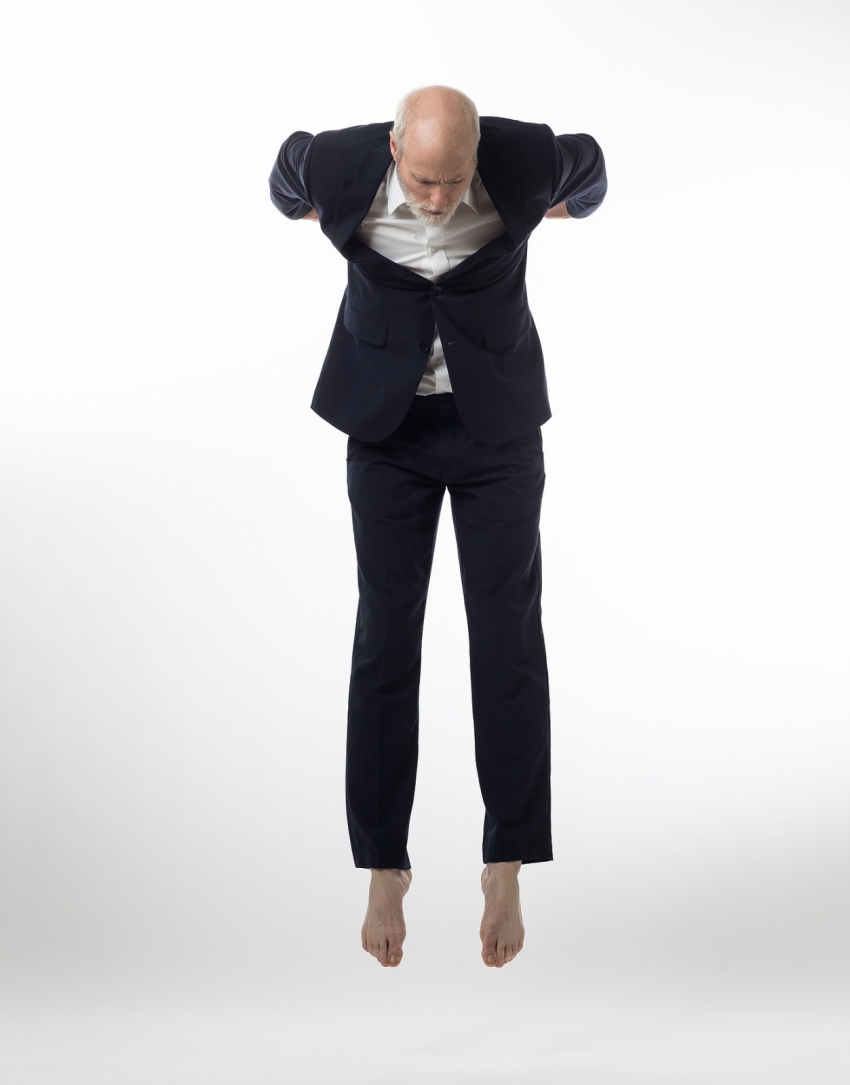 The audacity! To depict dear old Grammy in Auguste clown face. To pose her in a pink, plush swivel chair that she can only exit by toppling over backwards. To fit her out with a rubber nose and chin hydraulically plumbed to snivel and drool. To have her pluck some poor young swain out of the front row and chase him all around the bric-a-brac cluttered stage with raunchy sexual intent.

And that’s just for openers in the roster of humiliations that author/performer Amelia VanBrunt heaps upon her character in the hour-long solo star turn of “In the Blue of Evening.” But the tragedy is that Grammy still retains enough canny wit to be intermittently aware of what’s happening to her, and to struggle bravely to retain some personhood and dignity.

So her daily race to recoup the morning paper becomes a heroic steeplechase. Her half-remembered vignettes of youth become lyric paeans even when they trail off into ellipses. Her imaginary interlocutors engage her in existentially deep dialogues. She’s a staunch helmswoman facing down headwinds of amnesia, clutching the swivel base of her overturned armchair to steer a course through gales of oblivion.

And then, just as abruptly, she turns to sweetly offer a tin of butter cookies to pass around among the “grandkids” of her Fringe audience at Granville Island’s Studio 1398. And by that time, we’re childishly grateful to be adopted by this valiant lady and unreservedly rooting for her in her lonely fight.

No cookies in John Grady’s monologue “The Old Woman” at the Waterfront. Whereas VanBrunt conjectures what Alzheimer’s might feel like from within, Grady offers us an outside – ringside – look at his mother’s descent into dementia. The view is, by turns, horrified, mystified, pitying or bemused, with an undertone of panic that Grady himself might already evince a genetic predisposition to the syndrome.

But all these emotions are elegantly restrained, for Grady is above all a grammarian of passion. Trained as a dancer  (he’s a Ballet BC veteran) and reincarnated as a raconteur (a recidivist on “The Moth Radio”), in both roles he’s now a past-master at making strenuous stretches seem effortless through a kind of disciplined relaxation.

So he moves his story along in a series of faux casual seeming non sequiturs that unerringly circle back to the core dread of losing one’s sense of self. And, when words finally fail him, he reverts to a dance coda that amounts to a 10-minute celebration of proprioception.

Old enough to be staring down the barrel of my own eventual oblivion, I’m not sure whether to appreciate Grady more for his art or his honesty. But either way, “The Old Woman” is well worth a late-night hour’s time at the Waterfront.