Reassembled/Slightly Askew and Blind Cinema: Theatre in the Cranial Round 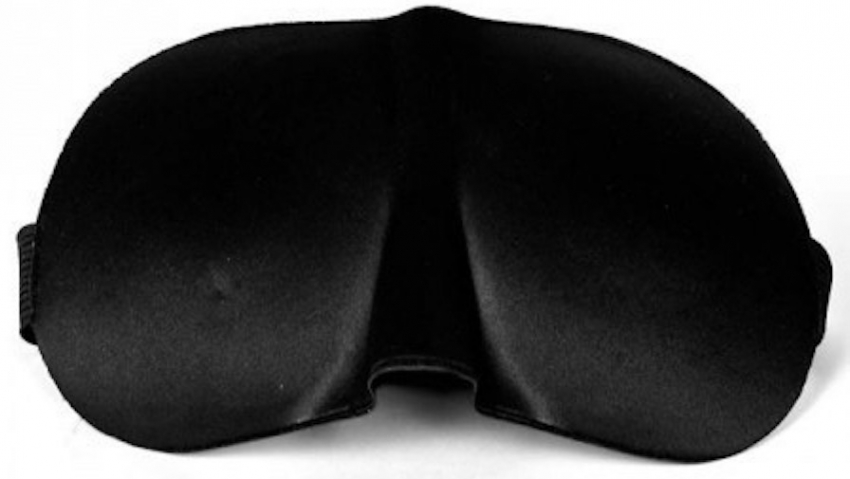 Tunnel at the End of the Light. Image: Viaggi

“Nurse” Stephen Beggs, in green hospial scrubs, ushers his eight “patients” out of the Cultch’s lobby clamour into the hush of the Culture Lab vestibule. He hands us each a clipboard to fill in our admission paperwork: age, sex, prior encounters (if any) with brain injury.

He tags us with hospital wristbands and assigns us each a bed. We settle in, staring at the ceiling spotlights until Beggs, wheeling his pill cart down the ward’s central aisle, fits us each with a padded eyeshade and a set of soundproof headphones.

We can remove this gear at any time during Reassembled/Slightly Askew, Beggs advises us in his gentle brogue (the production originates in Belfast and is co-sponsored by the Northern Irish Arts Council and the Cultúr Éireann agency). But to opt out would clearly miss the point of the whole ensuing exercise.

After all, Sharon Yee, creator of this multidisciplinary memoir, had no such option during her 2008 bout with a rare brain infection, her “subdural empyema,” lapse into coma, multiple surgeries, long hospitalisation and hard-won re-integration into neurotypitopia.

By the time we finally do relinquish the eyeshades and earphones, our lapsed time feels a lot longer than the objectively clocked 48 minutes. Without visual cues to pace us, time expands. Or, to more accurately describe the sensation, time swells, queasily, in a kind of temporal edema or abcess.

We find ourselves awash in a sonic swirl of static, echoes, half-heard comments or directives from medical staff, roaring crowd noise, mechanical whirrs and beeps. Amidst all the chaos, our one steadying sheet anchor is the stolid bedside presence of Shannon’s heroically devoted partner, Gráinne Close.

Composer Paul Stapleton uses state-of-the-art “binaural technology” to situate all these elements “out there” at particular points in our surroundings, rather than inside our own skulls. The recording process even employed a choreographer, Stevie Prickett, to pitch and yaw our entire sensorium in a swooning simulacrum of comatose disorientation.

The only unequivocally internal voice in the soundscape is Shannon’s own – her soliloquies of foreboding, suicidal rage, self-doubt, despair, hallucinatory euphoria, keening pain or just plain, played-out weariness.

And yet, for all the production’s illusion of temporal expansion, the necessities of dramatic cohesion dictate a show that is radically compressed, compared with the sheer, crushing tedium and helplessness that Yee must have faced in the actual course of her two-year ordeal. Even after our abridged inkling of her experience, we arise from our hospital beds in gingerly, halting stages, cringing at the onrush of light and gravity.

We’re then offered an optional follow-up video about the making of the show – the “binaural audio” recording, mixing and choreographing process, and how director Anna Newell and dramaturg Hanna Slättne put together the whole intricate narrative clockwork.

All very interesting, innovative and brave, but the video feels a bit anti-climactic after our immersive VR experience. Nevertheless, it offers a needed chance to decompress a little from the head-trip we’ve just been through.

Even after Beggs issues our discharge papers, we file out of the Culture Lab “ward” feeling still slightly askew, but a little more in tune with trauma and in awe of human resilience.

Running in parallel with Reassembled/Slightly Askew, but on the other side of town in the VIFF’s Vancity Theatre, the PuSh Fest has laid on another immersive, sightless soundscape.

The hardware for Blind Cinema is far more basic than R/SA’s: conical plastic ear trumpets, rather than hi-tech binaural headphones, and blindfold bandanas in lieu of cushy, padded eyeshades.

The “software,” too, seems a lot less sophisticated. No script, no coding, no fine-tuned audio mix; just a 40-minute filmstrip that we in the “audience” don’t even get to see.

Ah, but what incomparable “wetware” – powerful neurocomputers with maybe a trillion synapses apiece! One such mega-processor for every two ticketed Blind Cinema attendees. Their express mission is to whisper straight into our ears with a running recap of the (to us) invisible filmstrip action on-screen.

The whole process is even more extravagantly costly than mining Bitcoins. Each of these miraculous wetware processors is crammed into the 1,260 gram pudding of a 10-year-old’s brain. Children supplied courtesy of the VSB’s Nootka School, a couple of dozen at a time.

The whole kiddie-cadre has to be swapped out after each of the show’s four Vancouver screenings. It’s crucial, according to Blind Cinema’s creator, conceptual artist Britt Hatzius, that the movie be as unfamiliar to the juvenile whisperers as it is to the blindfolded whisperees. Only so, she explains, can “the act of watching [become]… a collaborative and imaginative act … of trying to find the right words [and]…hold onto the consequently unstable images created in the mind’s eye.”

No easy feat, I begin to realize, as I sink into a plush Vancity armchair and cock an ear to the speaking tube. Under the edge of my blindfold, lights flicker at varying speeds and intensities, but all discernable imagery is blotted out. There are wisps of audible soundtrack – creaking or slamming doors, the faint thud and “poof” of distant explosions, occasional footsteps, maybe the feral pant of some animal – but no dialogue. Seems a pretty Dada film, near as I can make out.

The only words come through the ear trumpets. Hesitantly, at first: “There’s a kid. Looks sad. By a window.” Then a bit edgy: “Hands. Hairy. A claw, perhaps?” Or mystified. “Now he pulls from his pocket – is it a ping pong ball? Or an eyeball? No, an egg. And he’s shelling it.”

Abstract shapes – discs and crescents – are described drifting and zipping across the screen. The voice gathers pace and excitement as the sky fills with fireworks. And then trails off in mid-sentence (something about a recurring, moustachioed mystery figure) to end on an uptick.

A shuffling of feet, then off with the blindfolds. Lined up in front of the now-blank screen, some 20-odd pint-sized PuSh-whisperers take a well-deserved bow to our heartfelt ovation.

They look almost as bemused as we do.