A polarized country, with millions unemployed or underemployed and homeless, while one-percenters hole up in penthouses, buffered by liveried servants; warehoused children, wrenched from families and turned over to feckless wardens; foreign dictators gloating over American decline; a name-dropping, celebrity culture where grifters flourish as honest toilers founder.

So what does it take to make such a dystopia Great Again?

Why, a thrusting billionaire, of course, accustomed to getting his own way without question. But in the 1930’s, it seems – unlike today – that was a necessary but not a sufficient condition.

The other indispensable ingredient – at least as depicted in the Broadway/Hollywood hit musical Annie, currently revived in a spirited Align Theatre production at Burnaby’s Michael J. Fox auditorium – is a gamine, pre-teen Orphan whose indomitable spunk inspires either adoration or loathing from all who meet her.

These include not just his household staff, but also such obedient minions as U.S. President Franklin Roosevelt and assorted cabinet secretaries and Supreme Court jurists, along with most everyone else in the 37-member cast (35 humans and two canines).

But Annie’s nagging positivity earns her a trio of haters, too. I blush to disclose that I found these villains among the most engaging performers in the show: Erin Matchette as the neurotically pedophobic orphanage matron, Daniel Curelli as her ebulliently shifty brother and Leah Newson as his ditzy moll.

They dance with the windblown saurian grace of a leaping Caribbean Anolis lizards as they scheme to make off with Warbucks’ proffered bounty of USD 50,000 (worth nearly a cool million in 2019 current dollars) to Annie’s presumptive long-lost parents. Their swindle involves impersonating the most guileless species imaginable: rural Canadians.

Aside from this scam, though, pretty much everybody on stage maintains the inflections and body language of the show’s New York City locale. As a born and bred New Yorker, I can attest that MacDonald captures our native dialect with a pitch-perfect shrill nasality.

Larsen’s Warbucks is less convincing as a Manhattanite. Like our current Billionaire-in-Chief, he seems more of an Outer Borough boy, although with a notably seemlier hairdo (he’s bald). He acts and dances with a kind of golem gravitas, but his singing voice is rich and resonant, with impressive range, from a rumbling Captain of Industry baritone to a vulnerable Poor Little Rich Boy tenor.

Even the stage sets for the Warbucks scenes convey a whiff of the Outer Boroughs. At one point we have Larsen singing a paean to the nonpareil splendours of the Big Apple against a blandly urban backdrop that’s prominently labeled “Main Street” – a thoroughfare found in every New York borough except Manhattan.

There’s an Outer Borough ostentation, as well, about Warbucks’ Louis XIV MacMansion-in-the-sky. He operates from a huge home-office that’s literally oval and far more grandiose, as depicted on the Align stage, than FDR’s White House.

But Manhattan is convincingly – even poetically – evoked in designer Tony Barton’s Lower East Side sets for the underclass scenes of Hooverville street encampments and grim orphanage wards. He interleaves skeletal loft building facades and the unmistakably looming profile of the Manhattan Bridge, all silhouetted against lighting designer Robert Sondergaard's cyclorama projections of the shifting neon glow from far-away Brooklyn.

Choreographer Nicol Spinola echoes a similarly crisp aesthetic typology of underclass versus upperclass scenes. She has Warbucks’ retinue frisking across the stage in mincing, prancing dressage, like an Offenbach operetta. Orphans and street bums, by way of contrast, march front-and-center, striking heroic poses worthy of a CultRev Model Opera.

Costume designer Chantal Short has combed thrift stores and vintage shops to trick out the whole ample Ensemble cast in 30’s Flash or breadline chic, as needed. She has plenty of bodies to go around for either sort of tableau. There's strength-in-numbers in the orchestra pit, too, with over a dozen musicians under the baton of Kevin Woo belting out a virtually non-stop, two-hour score of show tunes.

Align’s director, Chad Marchette, bids fair to take out a local patent on this genre – the feel-good nostalgia musical, showcasing a lot of young amateur talent But there's always  a biting aftertaste of implicit contemporary relevance, as so brilliantly exemplified by his last outing at the Fox auditorium.

And here we are, so many tomorrows later, struggling, against long odds, to reprise the same Deal all over again. This time let's colour it Green. In the much-loved-or-loathed words of yet another spunky gamine, “How’s that hopey/changey stuff workin’ out fer ya?” 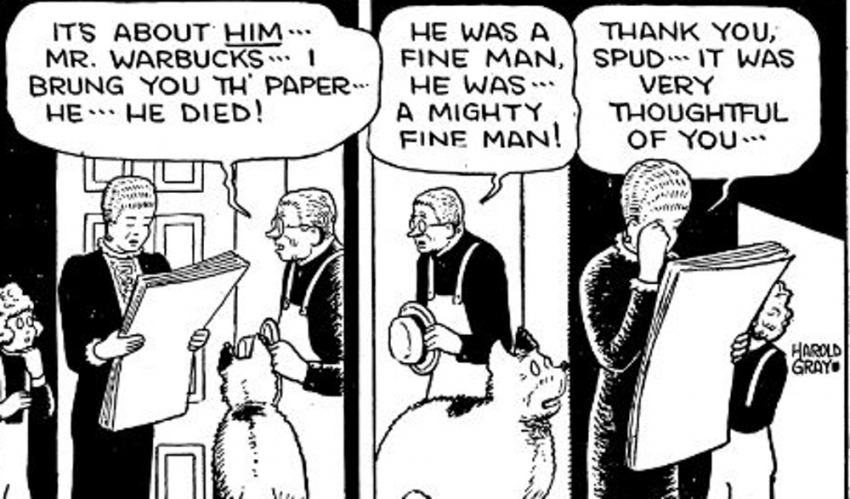