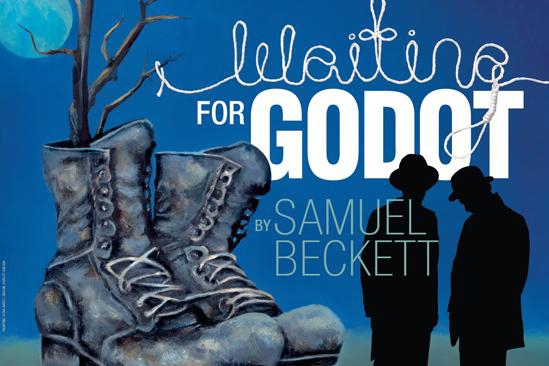 In 2004, director and UBC professor John Wright decided to found a theatre company that solely focused on classic works of theatre. There is a reason why Samuel Beckett’s Waiting For Godot (GOD-OH) is a renown classic. It’s absurd, it’s minimalistic, it’s downright hilarious. Wright’s interpretation is no different.

As the program states, any theatre worth their salt has to at some point tackle Waiting For Godot. Wright mentioned that if one wishes to purchase the rights necessary to perform this play, they have to pledge not to change one word or action in the script. What occurs is a devoutly faithful and resoundingly hilarious play with a bizarre cast of characters and philosophical musings.

The entire cast is stellar (including newcomer Zander Constant making his stage acting debut), but the standout is William Samples as the lonely and borderline senile rich guy Pozzo. Samples has just the right amount of subtlety to make Pozzo not totally crazy and sort of a bumbling old mad hatter, yet he can also change lightning fast into his yelling, belligerent more senile grumpster.

Any theatre aficionado should see this play, even if they have seen a version of Waiting For Godot before. Its set is simple, its acting is superb and the direction is spot on. It is a great rendition of one of the last modernist classic plays.

Waiting For Godot runs until January 21st at the East Vancouver Cultural Centre (The Cultch).