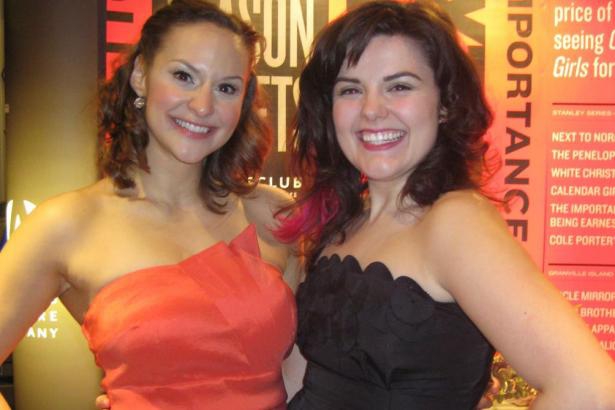 The sounds of "Good Morning Baltimore" filled my ears with its rapturous emotions as I sat down to enjoy Hairspray at the Stanley Alliance Theatre. This musical comedy, presented by the Arts Club Theatre Company, delivered music, romance, American history and of course, delightful comedic memories. From the stellar cast to the fantastic set production and costuming, it was a first class act overseen by artistic director, Bill Millerd.

The audience loved the Americana and the infectious beats belted out by the show's characters. They seemed to be emotionally invested in the moody song sets about segregation and belonging. Tracy longs to be part of the cast on "The Corny Collins Show," Baltimore’s No. 1 afternoon teen-dance show, but she finds it hard to fit in because of her size and social stature despite her naturally gifted footwork. The show is exclusively white with the exception of a "Negro Day" held once a month. The segregation that occurs in Hairspray revolves around the talented black teens that dance on "Negro Day", and they're disappointed that they get their shot so infrequently. The musical has an important underlying message that doesn't detract from the entertainment but rather, uses comedy to defuse the tensions.

Outstanding performances were given by Andy Toth, who portrayed the caustic yet good-hearted Edna Turnblad and Jennie Neumann, whose singing talent and enthusiasm brought Tracy Turnblad to life. Corny Collins, played by Matt Palmer and Link Larkin, played by Adam Charles were dapper, handsome and believable in their respective roles.

Supporting female roles by Meghan Anderssen, who played Tammy, and Anna Kuman, who played Amber Von Tussell, were also entertaining, particularly in the "Mama, I'm a Big Girl Now" ensemble. These characters were earnest in a campy way, which was endearing. My favourites were the divalicious characters of Velma Von Tussell and Motormouth Maybelle, played by Caitlin Stadnyk and Alana Hibbert, respectively. As polar opposites in the story, both represented female empowerment. J. Cameron Barnett, direct from Broadway, played the charismatic Seaweed J. Stubbs, sang and danced his way into my heart!

Hairspray plays at the Stanley Industrial Alliance Stage from May 7th until July 10, 2011.