Inspired by the Latin word for “stranger”, Quidam is an urban, intensely introspective show that tells the story of a young girl, invisible in her own surroundings, who discovers unique characters in a world of seemingly ordinary passersby. Text by Diana Magallon. Photos by Jeremy Lim. 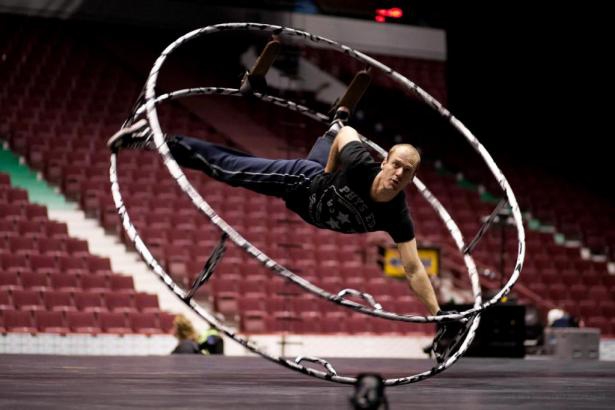 An empty arena, a couple of staff members cleaning, the sound of things being tightened: this is what noon looks like at Roger’s Arena on the day that Cirque du Soleil’s Quidam is set to have its dress rehearsal.

A very fit man in track pants and a t-shirt rolls a big metal wheel onto the stage; a scattered assortment of people observe and discuss from a distance. This is Cory Sylvester’s stage time to rehearse his act, the German Wheel. He smiles at the photographer and me, rubs his hands together, does a quick neck stretch, and off he goes: spinning, climbing, balancing, rocking, sitting, and flipping masterfully with, on, and inside the wheel. “It’s different than performing with a wall next to you,” he says during a brief pause. 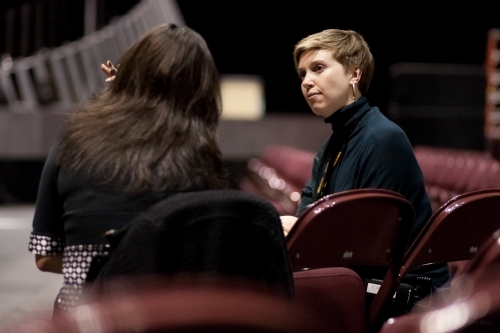 It is most definitely different. For tour publicist, Jessica Leboeuf, this second incarnation of Cirque’s 1996 show is different in more ways than just its venue. The switch from the Grand Chapiteau to the arena allows the load-in to take eight hours (not seven days) and the run of the show to be six days (not six weeks).

The company stays in a hotel; family members do not come along for the tour; and the pace is faster and constantly fresh. “It feels more rock and roll,” as Leboeuf so aptly put. The télépherique, a structure designed and built specifically for Quidam, uses five tracks to fly performers on or off stage simultaneously, while functioning as the device for a variety of aerial acts. In a space where light, sound, performance, and attendance can be expanded to the maximum, the story of Quidam is allowed to resonate more deeply in the minds and hearts of contemporary audiences.

Inspired by the Latin word for “stranger”, Quidam is an urban, intensely introspective show that tells the story of a young girl, invisible in her own surroundings, who discovers unique characters in a world of seemingly ordinary passersby. Today, living in a digital age of Facebook, MySpace, Twitter, and Wordpress, – an age in which everyone is someone and no one at the same time – Quidam seems even more relevant now than it was fifteen years go. Revitalized with a brand new stage, some new costumes and performers, and a set of acts that have been evolving since their inception over a decade ago, Quidam promises to be yet another magnificent show by the incessantly inspiring company. Quidam runs at Roger’s Arena until Sunday, March 13th. 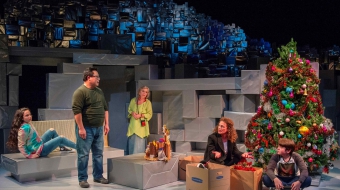 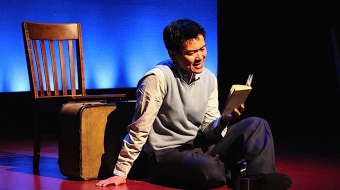