Terra Breads takes lead in business-arts partnerships by sponsoring PuSh Festival's "Do You See What I Mean?" 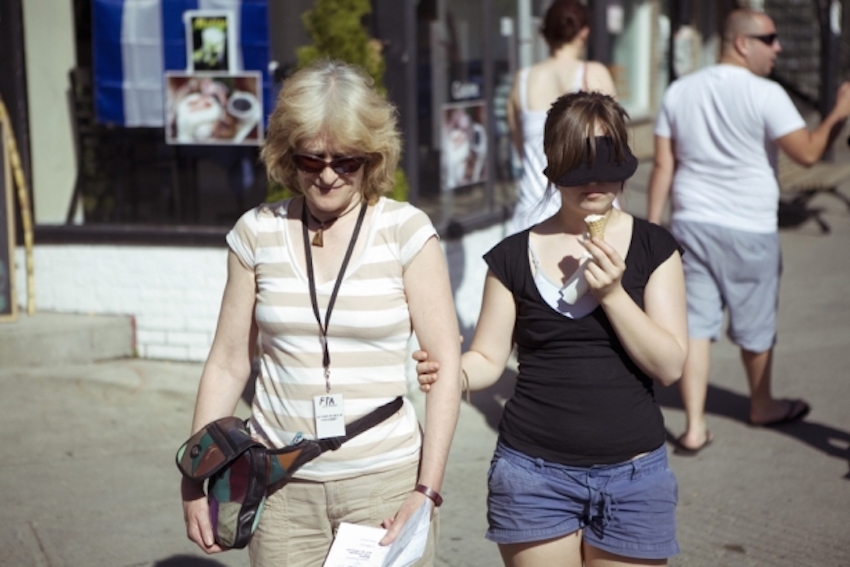 Do You See What I Mean? at the PuSh Festival

Terra Breads, the company that 20 years ago brought artisan bread to Vancouver dinner tables, is now helping to bring innovative performing arts to Vancouver audiences. Terra Breads is sponsoring the production of Do You See What I Mean? at this year’s PuSh Festival.

The PuSh International Festival of Performing Arts has been called “the cultural equivalent of cliff jumping” by Fashion Magazine for its willingness to take risks with its programming. It’s definitely not the opera and risky programming doesn’t ordinarily win arts festivals much love in the business community. Not until now, anyway, and Terra Breads is no ordinary business.

From the floor of Terra Breads’ bakery on West 5th Avenue, President and founder Michael Lansky is pointing to some dough rolled into ficelle baguettes and nestled between pieces of French linen. “Three days,” he explains, “that’s how long it takes for them to rise and ferment.” A 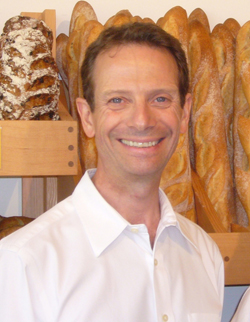 flour cloud rises from the floor of the bakery up to the impossibly high ceilings amid the din of machinery.

As I follow Michael through the bakery, we snake past tables of bakers rolling out dough, past the machine that gently apportions the dough without crushing it, past the giant ovens where the bread is baked directly on stone  decks, past the racks and racks of proofing bread zipped in cozy fabric covers, until we arrive at a walk-in fridge deep in the centre of the production floor. We enter the fridge and Michael lifts the cover off a plastic container to reveal “mother,” the sour smelling fermented starter that is the essence of Terra’s breads.

“A long fermentation is the essence,” says Lansky of artisan bread making. He explains that in traditional cultures, people ate fermented foods at every meal and that fermentation is also crucial for human 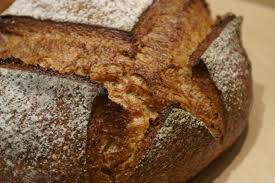 health. When asked what the PuSh production Do You See What I Mean? has in common with fermentation and bread making, Lansky replies, “it’s a journey, kind of like our food is a journey.”

PuSh Festival Development Manager, Jocelyn Macdougall, says she approached Terra Breads to sponsor Do you See What I Mean?  because “we’re both proud, local Vancouver brands that are on the cutting edge of our respective sectors. We’re trying to achieve much the same thing with our brand and our products. Of course, they’re using food to sort of bridge relationships in the community and we’re using performing arts.”

And now Terra Breads and PuSh are bridging relationships between business and the arts. Michael and the Terra team were swayed by the truly unique and spectacular project that PuSh proposed. Do You See What I Mean? 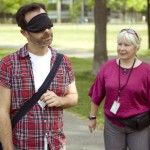 is a one-on-one guided blindfolded tour of Vancouver's neighbourhoods and public and private spaces lasting 2 ½ hours. Created by Lyon based choreographers Martin Chaput and Martial Chazallon, and previously presented in Lyon, Geneva, and Montreal, the production challenges participants to rediscover Vancouver through its sounds, smells and textures. Do You See What I Mean? is an exploration of our bodies’ connection with the environment, with others and with ourselves.

“Do you See What I Mean? was very interesting because there is a definite community and social element to it,” says Michael. Terra Breads, no stranger to community involvement donates food on a daily  ba 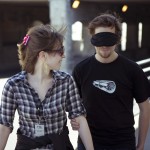 sis, participates in events that raise awareness among Vancouverites about their food sources and works to educate people about the importance of fermentation in their food. Says Lansky of Terra Breads’ involvement with the PuSh Festival,“it was taking a big leap in that it was a big step away from something that was food related.”

It’s a big leap Jocelyn Macdougall wishes more businesses would make. With government support for arts programming tenuous at best, it will increasingly be up to corporate sponsors and individual donors to keep Vancouver arts and culture alive and thriving. Says Macdougall, “we’re trying to tell a story to the private sector to both individuals and on the corporate side, that we’re actually increasing value in this community and in this city.”

“On the corporate side, if you want to attract talent, you don’t want to have a brain drain in Vancouver. One of the ways you do that is by keeping your city vibrant and interesting. We all know Vancouver is more than just the oceans and the mountains.

Asking questions, pushing buttons- that’s the kind of city you want your business in. But you need to help those trying to keep that happening.”

Adds Michael Lansky, “the arts generally are in need of help these days. In the really big picture, the arts are really critical. They are what connects us with something greater than ourselves, something that has beauty. It’s that bigger picture that can help to keep you going and to give you a goal, a really big picture goal, and to make things worthwhile.”

Terra Bread’s sponsorship of Do You See What I Mean? is definitely big picture. Hopefully, it will launch a fermentation process that gives rise to increased support of and involvement in the art’s scene by Vancouver’s business community. And that will be the true art of bread making.

A heartfelt thanks to Vancouver Observer's 2012 advertisers and sponsors