NFL games are all about commercials, and the Super Bowl has the biggest of the lot. Here are the best commercials form Super Bowl XLVIII; along with some ads that you won't see on television. 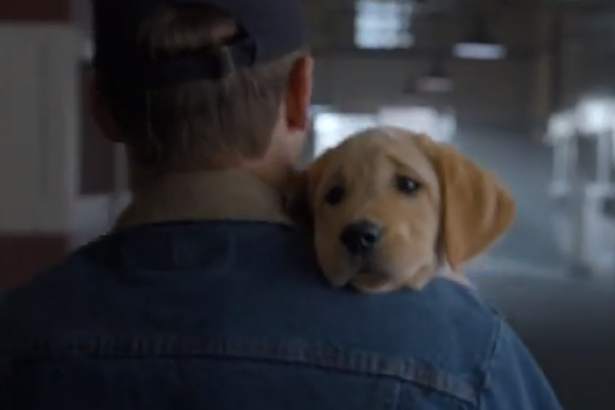 Puppy Love: Budweiser goes for your heartstrings (and purse strings) in its 2014 Super Bowl commercial.

Be honest with yourself: your favorite part of the Super Bowl is the commercials. If you’re watching from Canada, though, you don’t get to see the most expensive (and sometimes the most daring) ads of the year when they air. It costs around $4 million for a 30-second ad, and most of these are a minute long. If you’re even halfway-interested in media, you want to see what some of these deep-pocketed companies define as “creative”.

Don’t worry: the Internet has your back. Not only can you watch these ads from Canada (and beyond), but you don't even have to wait until March 2. Some of the biggest are already online.

Let’s start with a Super Bowl ad that will not air as originally shot: That’s right: the censored Scarlett Johansson SodaStream commercial, deemed too hot for Super Bowl XLVIII. Not due to any type of sexuality, though we at least see Scarlett’s face; more than we can say for “Her”. The problem with this ad was the final moment, when Johansson says, “Sorry, Coke and Pepsi.” See, Pepsi sponsors the Super Bowl Halftime Show, and is very fussy about getting dissed. Here’s the uncensored version, because Pepsi’s feelings just aren’t that important to me.

Budweiser’s “Puppy Love” commercial captured our hearts with its tale of canine-equine friendship. Why doesn’t Budweiser put this much effort into making decent beer?

Cheerios used its pricey Super Bowl ad time to troll the haters, bringing back the how-is-this-even-controversial biracial couple and their adorable child in “Gracie”.

Jaguar celebrated Hollywood’s use of British actors as villains in its 60-second spot, which features Ben Kingsley, Tom Hiddleston, and Mark Strong.

Morpheus is back! Laurence Fishburne reprises his role from “The Matrix” to deliver a sonorous monologue on true luxury. Afer 0:55, it starts to get weird.

Finally, Axe has made a grand total of two (2) watchable ads in its history. The Keifer Sutherland spot was one, and this is the other. It’s called “Make Love Not War”.

Newcastle Brown Ale took the opportunity to make fun of the Super Bowl and its ads, with this bleep-heavy anti-commercial.

ESPN SportsCenter also made an anti-commercial, referencing the Super Bowl without actually using the words. The ad is frankly not very good, but since we’re on the subject of un-adverts, here it is.

Let's close with the Super Bowl ad you most definitely won't see during the Super Bowl. The National Congress of American Indians has released "Proud To Be”, a two-minute YouTube ad calling out the Washington Redskins for not changing their name.

There you have it. Tiny bits of comment punctuated by commercial breaks. Just like watching the Super Bowl as it airs.

Is Once Upon a Time's re-imagining of classic fairy-tale characters a feminist feat of modern TV?
Sarah BurkeDec 20th, 2013
Speak up about this article on Facebook or Twitter. Do this by liking Vancouver Observer on Facebook or following us @Vanobserver on Twitter. We'd love to hear from you.

Remind me again, how the hell is Rob Ford still in office?