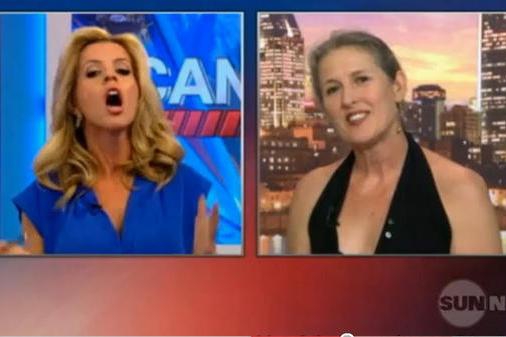 It's official. It's okay to be a jerk on Canadian TV.

Today, the Canadian Broadcast Standards Council announced it had ruled that an "aggressive" Sun News TV interview by Krista Erickson with the icon of Canada's modern dance movement Margie Gillis was acceptable. The interview was regarded as a set up afterwards by Gillis, as reported last September by the Vancouver Observer.

The interview received a record 6,676 complaints from viewers after Erickson humiliated the international star on her nationally televised show. Erickson was criticized for her aggressive questions to Gillis about receiving government grants to fund her work, and at one point ridiculed the interperative dancer by flapping her hands in a rude imitation of Gillis. The council typically receives about 2,000 complaints in an entire year, CBSC national chairman Ron Cohen said last year.

The council ruled that there was no violation because Erickson was "entitled to be aggressive in her questioning and to reveal her personal biases."

Gillis told the VO that Sun News had invited her under the premise that it would be a "fun" and respectful interview. She said the interview by Erickson was an "attack", and suggested that the network be taken off air.

Many agreed with her. The CBSC did not.

What do you think of the ruling?