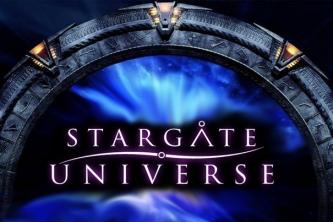 Stargate Universe is up for nine Gemini Awards this year.

Nominees for the 25th annual Gemini Awards were announced Tuesday by the Academy of Canadian Cinema and Television. Coverage of the Vancouver 2010 Olympic Winter Games garnered 13 nods for CTV and its sportscasters. And the Vancouver-shot science fiction series Stargate Universe got 9 nominations, including one for Best Drama.

Competing with Stargate for the best dramatic series award are Durham County, Flashpoint, Republic of Doyle and The Tudors. Nominees for best comedy are Dan For Mayor, Less Than Kind, Little Mosque on the Prairie, Pure Pwnage, and The Rick Mercer Report. In the reality TV category, Canada's Next Top Model, The Cupcake Girls, Dragons’ Den and Love It or List It were nominated.

This year’s Gemini Awards will hand out awards in 107 categories, honouring the best in Canadian English-language TV. The gala ceremony will be broadcast on Global TV and Showcase on November 13.