Lions and tigers and bears 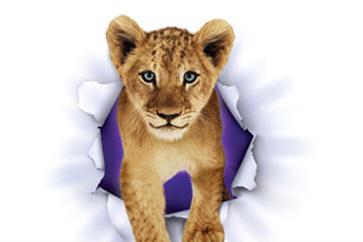 Telus is seeing quick results from its ubiquitous lion cub ads. The telecommunications giant announced this week that its TV subscriber base grew to 228,000, up 98% over last year. And the company is also boasting that its new Internet Protocol Television (IPTV) service, rebranded as Optik TV in June 2010, has become one of the first in the world to incorporate the Xbox 360 game console.

Over in the predatory world of public broadcasting, the CBC announced on Friday (August 6) that it had sacked Richard Stursberg from his job as executive vice-president of English-language services. During his six-year tenure, the controversial Stursberg “challenged every premise [and] attacked conventional wisdom” in a relentless hunt for ratings. He grew the CBC’s overall market share 34%, capturing large audiences with shows like Little Mosque on the Prairie, Dragon’s Den and Battle of the Blades.

And lastly, survivalist Bear Grylls, best known as host of Discovery Channel’s Man vs. Wild, suffered the worst injury of his TV career while filming an episode in the Canadian Rockies. Struck in the leg by a wayward camera during a mountainside descent, Grylls had to be evacuated by helicopter to hospital. The episode will air during season five of Man vs. Wild, which begins Wednesday (August 11).