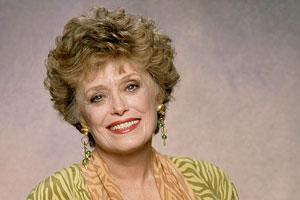 As certain as the laws of physics, celebrity deaths always come in threes. Hollywood is now mourning the passing of three stars of the small screen: Gary Coleman, Dennis Hopper and Rue McClanahan.

Gary Coleman became an instant star playing loveable orphan Arnold Jackson on the sitcom Diff'rent Strokes (1978-1986). Like his fellow young cast mates, he struggled in adulthood, facing bankruptcy, lawsuits, suicide attempts, a turbulent marriage and other public humiliations. Coleman died on May 28, at age 42, from an epidural hematoma.

Though mostly known for his film roles in Easy Rider and Apocalypse Now, Hopper was a prolific television actor in his early career. He appeared in over 140 episodes of shows such as Gunsmoke, Bonanza, Petticoat Junction, and The Twilight Zone. Recently he played villain Victor Drazen in the first season of 24. Hopper died on May 29, at age 74, due to complications from prostate cancer.

Rue McClanahan's most famous role was sultry Southern belle Blanche Devereaux on The Golden Girls (1985-1992), for which she won an Emmy. She also appeared on the soap opera Another World, and played the character of Vivian Harmon on Maude (1972-1978). In her later years, she became an animal welfare advocate for PETA. McClanahan died on June 3, at age 76, after suffering a brain hemorrhage.