There will never be a shortage of misbehaving television stars to feed the appetites of tabloid magazines, 24-hour cable news networks, and celebrity gossip sites. 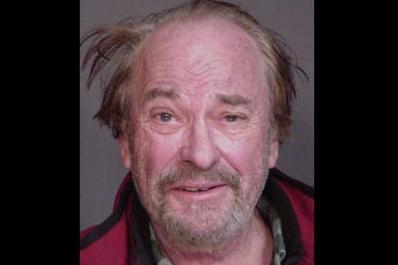 2010 may be the Year of the Tiger, but today Tiger Woods ate humble pie at a private press conference that pre-empted network television programming for nearly fifteen minutes. Woods used that time to address his bizarre car accident back in November, subsequent rumours spawned by more than a dozen alleged mistresses, and the future of his marriage and his career. While top athletes are no strangers to scandal, television’s biggest celebrities have also dominated gossip-column headlines with outrageous behaviour and repeated run-ins with the law.

Take chronic offender Charlie Sheen*, reportedly the highest paid sitcom star on television. On Christmas, the Two and a Half Men actor was arrested for domestic violence, including second-degree assault. And 2010 started off with a bang for Rip Torn (30 Rock, The Larry Sanders Show). The 78 year-old Torn was arrested yet again, charged with first degree burglary after breaking into a bank while carrying a loaded gun. (Astoundingly, he claims he was so intoxicated, he thought he was breaking into his own house!)

Some television personalities have found themselves embroiled in lurid sex scandals. In 2008 David Duchovny (Californication) checked himself into rehab for sex addiction. That same year SNL alumni Bill Murray was accused of being a sex addict in divorce papers filled by his (now ex) wife. Most recently, ratings for the Late Show with David Letterman spiked after revelations of the host’s numerous affairs with staffers.

It seems there will never be a shortage of misbehaving television stars to feed the appetites of tabloid magazines, 24-hour cable news networks, and celebrity gossip sites. And audiences will likely never tire of the tearful confessions, grotesque mug shots, career-ending viral videos, tell-all books by prostitutes and former lovers, and painfully public humiliations of the rich and famous.

*Charlie Sheen has entered rehab and will be taking a break from filming Two and a Half Men, his publicist said on February 23.