It seems Canadian reality TV franchises have the same mindless, disposable quality (without the big budgets and star power) as their American counterparts. 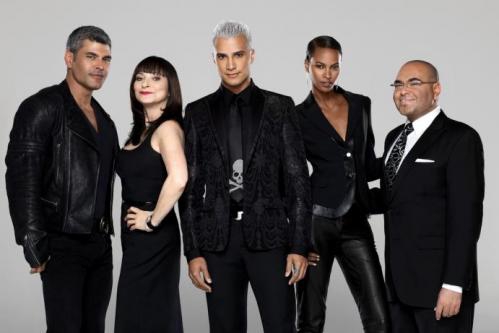 First Ellen DeGeneres replaces Paula Abdul, and then Simon Cowell announces his departure from American Idol, leaving fans and television commentators wondering if FOX’s ratings juggernaut will finally run out of steam. But did anyone notice (or care) that Canadian Idol went on an indefinite “hiatus” after Season 6 last year? Blame audience apathy on the fact that Canadian reality TV franchises have the same mindless, disposable quality (without the big budgets and star power) as their American counterparts.

Take Canada’s Next Top Model, an almost-watchable reality show spin-off facing a similar fate as Canadian Idol. Starring affable host Jay Manuel (America’s Next Top Model), CNTM has fallen victim to erratic scheduling and corporate restructuring, with a two-year gap between the second and third seasons during the handover of CHUM to CTV. CNTM is rumoured to return in the summer of 2011*, but who knows if the capricious 18-24 year old demographic will still be interested in the show by then?

The CBC’s lone attempt at a reality show franchise is Dragon’s Den, based on the Japanese show Manê no Tora (Money Tigers). Viewers can root for three sisters from Vancouver pitching a gourmet sauce, or see local emergency room doctors plead for capital for a ridiculous plastic fruit protector. (The show has proved popular enough that two of its dragons, Robert Herjavec and Kevin O'Leary, were cherry-picked to star in the U.S. version, ABC’s Shark Tank.)

Canadian cable channels have also gotten into the reality TV franchise game. Canada’s Worst Driver, based on a British series, is the most-watched show on Discovery Channel Canada, with the first episode of Season 5 garnering the highest ratings in the history of the channel. Its sister show, Canada’s Worst Handyman, draws in a modest audience keen to see, for instance, a cop from Abbotsford mistakenly smashing down three walls with a sledgehammer.

With minimal production costs and respectable ratings, reality TV franchises will always occupy a small, albeit unmemorable, space on our airwaves. And no doubt thousands of Canadians will continue to line up in shopping malls to audition for these shows. But let’s hope we never have to see Survivor: Surrey, or Dancing with the Stars Canada featuring William Shatner and Anne Murray.

* A representative of CTV has informed the Vancouver Observer that both Canada's Next Top Model and Canadian Idol do not have confirmed airdates yet, and further, that CNTM is not currently in production.