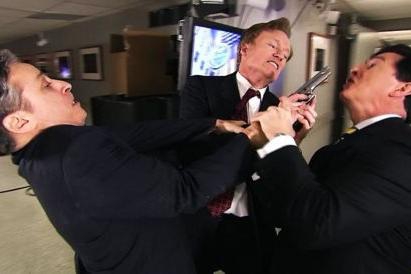 When the Vancouver Olympics end on February 28, the late-night talk show landscape will be forever changed – or exactly the way it was ten months ago. The fates of Jay Leno and Conan O’Brien remain to be seen, but one thing is clear: a late-night talk show war could never happen in Canada. The talk show format is nearly non-existent on our airwaves, because any attempt gets cancelled faster than you can say “Mike Bullard”.

Remember Alan Thicke? The former Growing Pains star hosted a popular talk show on Canadian television way back in the early 1980s. (Foolishly, he jumped ship to host a disastrously unpopular nighttime show in the U.S. market. Thicke of the Night lasted one pitiful season up against The Tonight Show Starring Johnny Carson.) 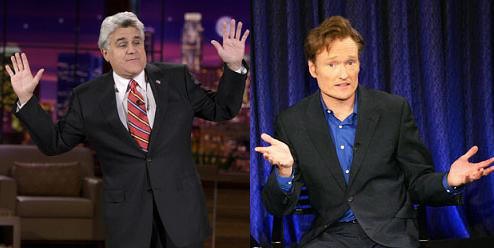 The only real Canadian success story in the last twenty-five years is The Hour with George Stroumboulopoulos (CBC). Now in its sixth season, The Hour has managed to nab a slice of the trendy 18-35 demographic, with its Daily Show-style approach to news and interviews. Surprisingly the show has remained viable in spite of cynical Canadian audiences, quick to dismiss “CanCon” as inherently inferior.

Back in the U.S., the daytime talk show is already an endangered species, with extinction expected after the “retirements” of Oprah Winfrey and Tyra Banks next year.  Late-night talk, marred by ugly public feuds since 1993, will be the next casualty, a death hastened by the growing dominance of specialty cable channels and Internet social media. With the nighttime talk show genre proving unsustainable in the U.S., there is little hope that any Canadian late-night show will be able to draw an audience and advertisers.

In the meantime, fingers crossed that NBC, official U.S. broadcaster of the 2010 Winter Olympics, can put an end to the embarrassing late-night shenanigans before the closing ceremonies begin.