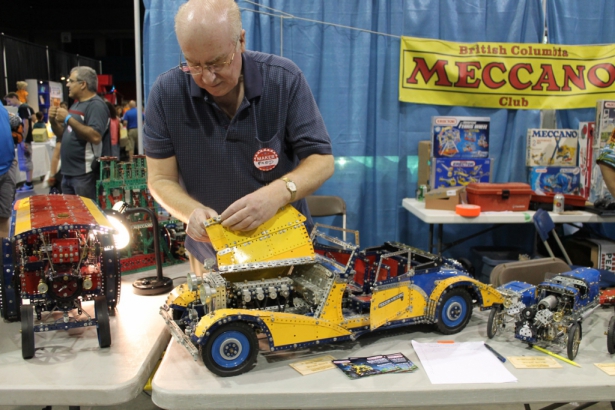 Fred of the BC Meccano Club working on his Hot Rod at Vancouver Mini Maker Faire. Photography by Monica Miller.

Maker Faire is a hard-to-describe event—there is so much to see and learn. There are hobbyists, individual crafters, small businesses, independent artisans, established organizations, as well as workshops and a speaker series.

“Makers range from tech enthusiasts to crafters to homesteaders to scientists to garage tinkerers,” states the Vancouver Maker Foundation, “they are of all ages and backgrounds.” 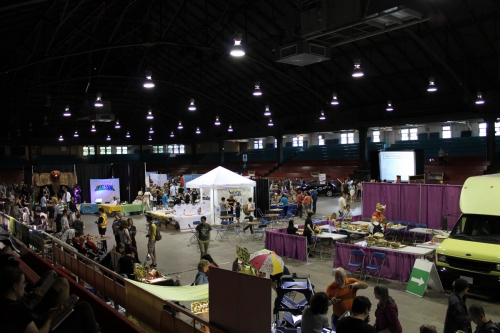 You’ll find a booth for Simon Fraser University’s Interactive Technology programs next to a do-it-yourself 3D printing group. The surge in 3D printing technology has meant that lots of locals are getting involved. A whole section of the exhibitors is dedicated to 3D printing enthusiasts who brought printers to display and demo. 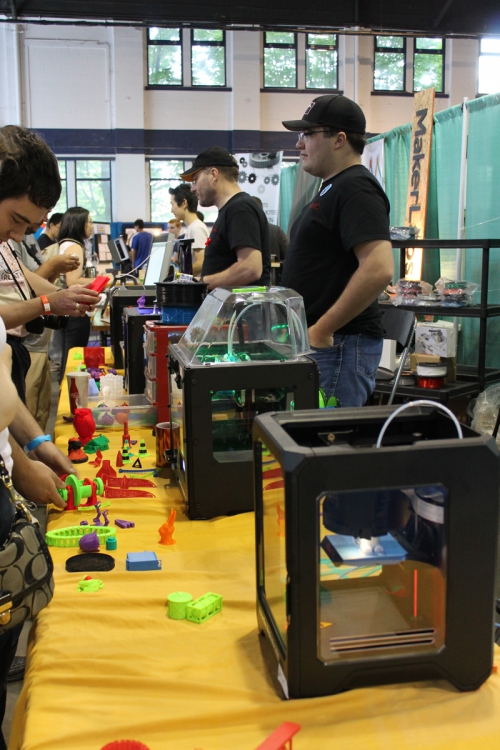 There are officially programmed workshops such as learning to use a letterpress, building an Arduino robot, and puppet making. But many of the exhibitors also offer hands-on experiences at their booths, such as Bicycle Spin Art from Make: At Granville Island, or Vancouver Hack Space teaching people how to solder. 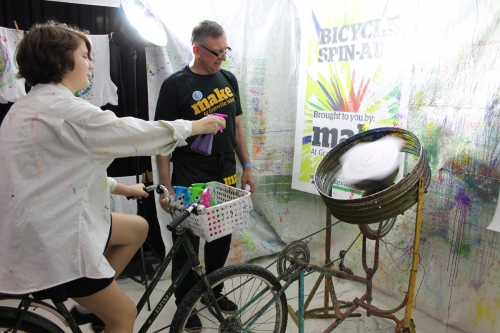 The Maker movement is about invention, creativity, sharing, and resourcefulness. It's also about provoking discussion, building community, and skill sharing. 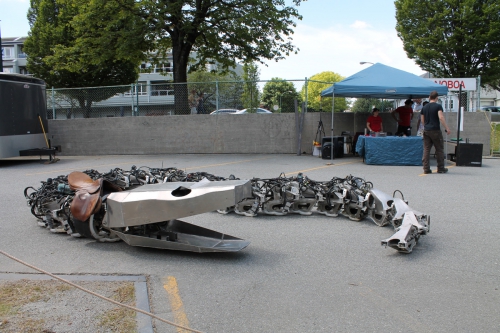 Titanoboa by eatART, a mechanically engineered recreation of a now-extinct 50 ft serpent, intended to start a conversation about climate change. 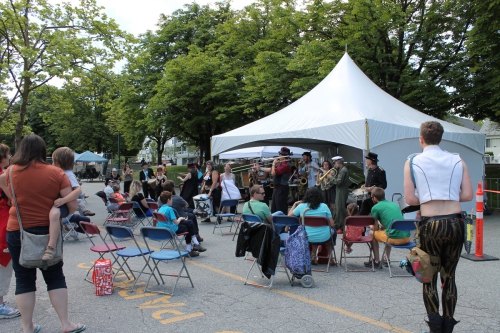 Carnival Band entertains visitors as they grab a bite from local food trucks.

The Vancouver event started in 2011 by individuals who wanted to “share ideas, learn from others, and celebrate the act of making”. It is the ultimate open-source show and tell.

Vancouver Mini Maker Faire runs this weekend, Saturday and Sunday, June 7-8, 2014 from 10 am – 6 pm at the PNE Forum. Tickets are available at the door.