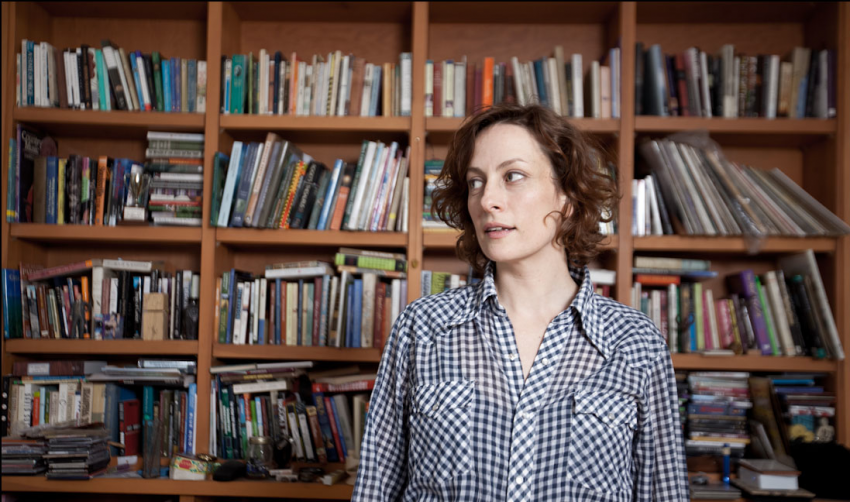 Sarah Harmer will be performing for Pull Together in Vancouver on March 24, 2015. Photo courtesy Sarah Harmer.

On March, 24, Juno-nominated singer/songwriter and activist Sarah Harmer will join Chris Brown of the Citizens Band for a performance at Vancouver's York Theatre. The concert is a benefit for the Pull Together campaign. Also performing will be the Git Hayetsk Dancers and Kristi Lane Sinclair.

Pull Together was launched by Sierra Club BC and RAVEN (Respecting Aboriginal Values and Environmental Needs) to raise funds to support First Nations in their legal fight against the Northern Gateway pipeline.

Phase one of the campaign raised $350,000. The second phase has just started.

"It’s very important," says Harmer of the need to raise funds to do case prep and research for the court battles against the federal government and Enbridge.

"We’re on the deciding point for a lot of important long-range visions for our future, economically, and obviously environmentally," she says.

Harmer toured the Northern Gateway pipeline route and the various communities affected from the Athabasca tar sands, to Fort Chipewyan through to Kitimat.

One of the most pivotal moments of the trip for Harmer occurred in a community hall near Vanderhoof. There she heard women talk about B.C.'s rare, wildlife-rich rainforest, and about water and land issues. She said she was moved "by their strength and determination, to not allow this really risky, bad idea come through their land."

"My spine was straightened from their resolve," she says.

Harmer believes singers have an obligation to raise their voices to bring about change on important issues. "We can make things shift, I know it."

Proceeds from this evening will support the work of seven Pull Together partner nations from the North and Central Coast, Haida Gwaii, and the northern BC interior: the Gitga’at, Heiltsuk, Kitasoo-Xai’xais, Gitxaala, Nadleh Whut’en, Nak’azdli and Council of Haida Nations.

Tickets are on sale now at the Pull Together site for $24.50 & $44.50 plus ticket service charges. An optional reception price also available.

BC First Nation chiefs tell Alberta Premier: “We’ll do what needs to be done to make sure Northern Gateway is never built.”