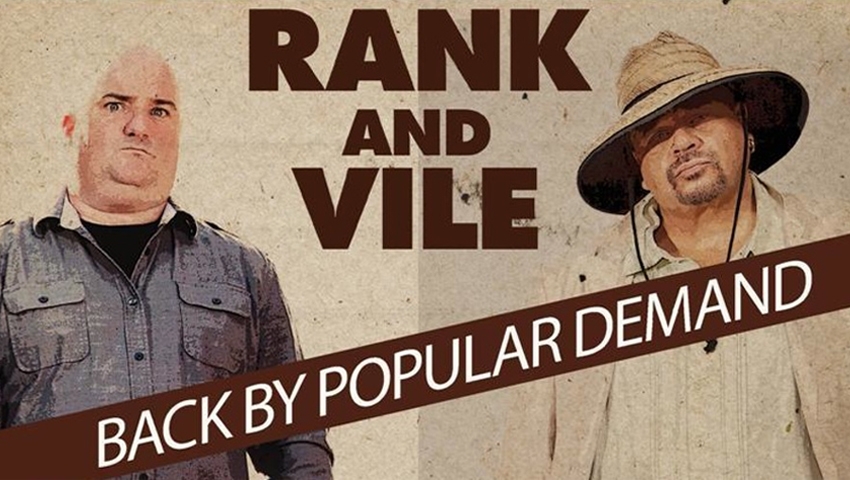 A very adult standup comedy tour, featuring one of Canada’s most legendary and decorated comedians is coming through Vancouver this November.

Joining him on the tour is Darren Frost, who, like Kenny, is another popular Just For Laughs Festival performer and Yuk Yuk’s headliner, famous for his completely and totally unfiltered, profane and opinionated brand of  &quot;in your face&quot; social commentary.

With a combined 50+ years of touring under their belts, this show is meant - and bound - to push your buttons, and unapologetically expand your horizons in ways that may change you forever.  “I still think about and laugh at Darren’s and Kenny’s premises and punchlines years after hearing them,” says their Vancouver event promoter, Suzy Rawsome.

“You’re scarred for life (laughs). They are true artists of dark and dirty, maximum-ly blue humour. They take it to the limits.”

Kenny Robinson is one of the few comedians working today that can be referred to as a Living Comedy Legend. Kenny Robinson has been making television and festival appearances and touring across North America for close to 4 decades, winning acclaim after acclaim from critics and audiences alike.

He’s made multiple trips to the world-renowned Just for Laughs Festival in Montreal, The CBC Winnipeg Comedy Festival, L.A.&#39;s famous Comedy Store, and The Improv, just to name a few. Kenny is the founder of one of the most sought after comedy spots in the country,

Robinson has co-hosted The Gemini Awards, as well being twice nominated himself, for his groundbreaking CBC television special &quot;Thick and Thin&quot;.

He is also the creator, writer and host of the Comedy Networks edgy show After Hours, and is a former co-host of Toronto’s FLOW (now the Move) 93.5 &quot;Morning Rush&quot; radio show.

Darren Frost has been touring with Kenny Robinson for several years, and performs a style of comedy that has been described as having the “quality of a satanic revival meeting”.

He is considered among the most daring comedians in Canada, as named by The Toronto Star.  Darren is also an actor, who appeared in the Hollywood blockbuster Hairspray (alongside John Travolta, Michelle Pfeiffer, and Christopher Walken),

Frost most recently worked with Nicolas Cage in the movie Pay The Ghost, which is available on Netflix. Darren also appeared on CBC’s hit shows “Mr D”, playing an angry French teacher in the second season, and The Debaters.

Darren has performed in over 22 shows at the prestigeous “Just For Laughs” Festival, including his own televised gala, as well as multiple appearances on the Nasty Show.

Kenny and Darren are pleased to curate a few “Rank and Vile” Vancouver acts in this leg of their tour, led by host and local favorite Patrick Maliha, and featuring a guest appearance by Suzy Rawsome and others TBA.