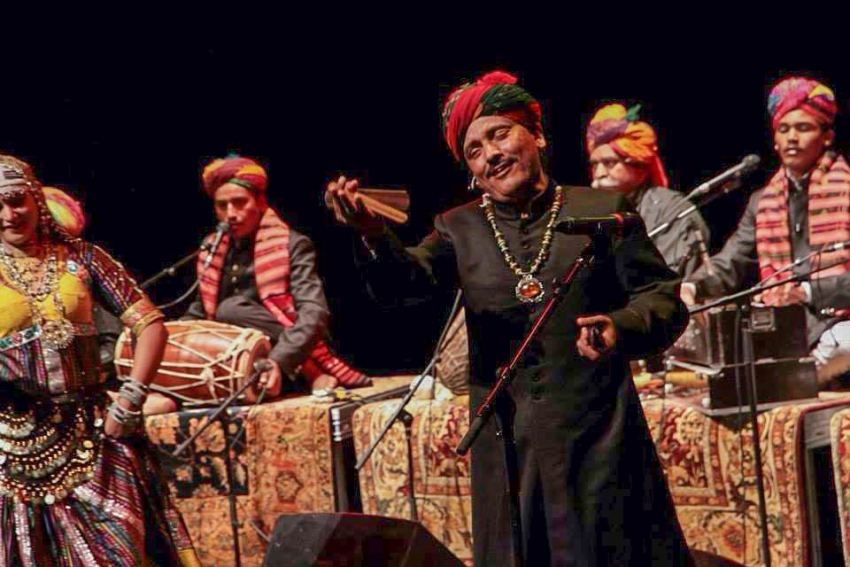 Vancouver culturati revelled yet again in the once-a-year chance to unearth their gaudiest kurta’s and sari’s from the back of their closets at last night’s kick-off party for the annual Indian Summer Festival (ISF). It’s the 8th iteration of the two-week mela, and this year’s theme is Myth-Making, in all its glory and peril.

On the glory side, there will be banner performances by virtuosos like Hariprasad Chaurasia (whose bansuri flute has been likened to the mythic Venugopal instrument of Lord Krishna himself); sitar maestro Mohamed Assani (performing a Scheherazade tribute in fusion with Vancouver’s own Allegra Chamber Orchestra); and a Ramayana episode staged, in classical Kutiyattam style, by Kerala’s famed Nepathya ensemble (to coincide with the 17th annual World Sanskrit Conference, hosted this year at UBC).

But the mythopoeic downside will come in for its own share of sceptical attention, too, in such events as a panel on the timely theme of “Fake News, Lies and Bulls**t.” The discussion is part of a weeklong (July 9-13) series of ticketed noontime “tiffin talks” that will be garnished with Indian takeout lunches packed in classic Bombay office-wallah dabbas.

Venue for the talks will be the outdoor Pause Pavilion that ISF bought from Ted-X and set up hard by the Bard on the Beach big top in the Salish sacred site of sən̓aʔqʷ (the park formerly known as Vanier). The pavilion’s ceiling features a stunning “Starweaver” tapestry of a sky-entwining weaver goddess who features in the mythology of so many cultures worldwide. The work is a collaboration between ISF artist in residence Sandeep Jahal and Musqueam “knowledge keeper” Debra Sparrow, who also offered the opening invocation at the Roundhouse launch party.

The pavilion isn’t all that ISF has cadged from Ted-X. There’s also the format of staccato brain-blurbs by Public Intellectuals. A quintet of them will take the stage of Chinatown’s Imperial Theatre tomorrow evening for high-powered soiree called “5x15.” They’ll each enjoy a quarter-hour of freeform cerebration. Such events have long regaled audiences in London, New York and Milan, but so far ISF has been the only Canadian venue to host a “5x15.”

This year’s line-up features prize-winning memoirist and short-story writer Charlotte Gill (about to make her novelistic debut in a book in which she broaches – for the first time in print – her “almost brown” Punjabi heritage), polymath essayist Amitava Kumar, writer/photographer/explorer/environmentalist/UBC anthropology professor Wade Davis, and ethnomusicologist Jarrett Martineau (of CBC fame). Plus a “mystery guest” whose name will only be revealed tomorrow night at the Imperial.

If you still have the energy after so much intellectual speed-dating, you can stay on at the Imperial for a late-night farrago of music and poetry curated by the aforementioned Martineau. There will be a Caribbean-American poetess and an up-and-coming Indo-Canadian duo. A pair of Anishinaabeg singer-songwriters will team up with a couple of part-Cree string players.

And, to round out the evening, Vancouver’s own rapper Rup Sidhu jams with 17th generation qawwali court singer Chugge Khan of Jaisalmer, Rajasthan, for an original take on traditional Sufi lyrics. Their fusion, entitled Jhalak, is mastered by local sound wizard Adham Shaikh.

Jhalak regaled the milling crowd at last night’s opening party. So did an eclectic percussion ensemble that included an array of Indian drums along with Japanese chu-daiko, an African shekere and a stunningly lissom shimmy-dancer.

Still, the music was hard-pressed to vie for attention with the tantalizing array of food stalls that ringed the Roundhouse venue. Coordinated by celebrity chef Vikram Vij, the offerings included (along with North and South Indian specialties), such exotica as Japanese cold noodles, Lebanese canapés (assembled by a Filipino chef), “three sister salad” and wild rice/potato “latkes” from the First Nations’ kitchens of Cedar Feast House. Not to mention the savoury stews of the Tayybeh catering and food-truck collective, a self-help women’s cooperative made up entirely of recent Syrian immigrants.

With such a heterogeneous menu of food, art, music and ideas, what’s so peculiarly Indian about Indian Summer?

“That kind of eclecticism is as Indian as you can get,"  according to the ISF’s Bangalore-born artistic director Sirish Rao, who co-founded the Festival along with his Vancouver-native wife, Laura Byspalko. “It’s the very essence of the country -- a heady masala, a cultural melange absorbing strains from any and everywhere” – hindutva purists to the contrary.

Canada, too, is a diverse and welcoming culture, Rao grants. But he still finds something a bit stand-offish about his adopted land. “Maybe it’s just a different concept of personal space,” he shrugs. “People here are wonderfully civil and generous, but they don’t lean into you like we do in India.”

ISF aims to soften that reserve, at least for two glorious weeks at the start of each summer. To facilitate that mission, the opening party laid on a full line of beverages, soft and hard, plus an array of divans, cushions and Indian carpets in the Roundhouse forecourt. Personal space grew visibly more intertwined as the evening festivities crested.