What’s a Zola anyway? And where in the world is Hollerado? 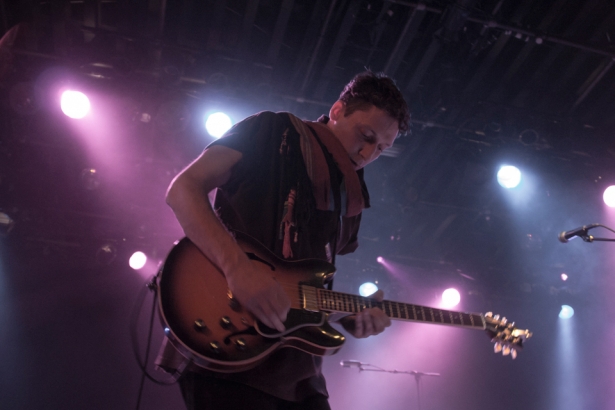 Thursday night at the Commodore was framed up as a co-headlining show for The Zolas and Hollerado. Canadian talent was plentiful, as were doe-eyed 20-something-year-old females. But, not to deflate Hollerado’s tires (they were great, as I’ll get to soon), all eyes, doe or otherwise, were on The Zolas.

Hollerado came out before the local favourites, despite being scheduled to close the show. It proved a smart decision – putting the hometown band on the bill first meant a full crowd for the Ontario indie rockers once the switch was made. When the boys weren’t keeping pace with Jake Boyd (drummer) and his methodical drumbeats, they were looking for opportunities to engage with the audience. Transitions between songs were filled with jolly banter between band mates. They even made room for a little politics – if you can even consider anything to do with Toronto mayor Rob Ford politics.

After a spirited showing from Hollerado, it was time for The Zolas. They had the back-story that could make any group salivate. Well-known, local kids off a newish album, playing their first show at the Commodore. As headliners. Well, co-headliners, though the crowd seemed content to call them bill toppers.  And well deserved, too. Zach Gray and the boys played a set based off their newest studio release, Ancient Mars, but balanced it with classics from their debut album. As their set went on, they kept on checking the proverbial boxes. Hits played? Check. Crowd worked? Check. Predictable encore? Two checks for its ability to fool absolutely no one. Peacekeeping? Well, that’s a complicated one.

I don’t know many girls who wouldn’t fight over The Zolas’ frontman Zach Gray. Usually, it’s sharp words being thrown around, not sharp elbows. But Gray’s first descent to audience level caused a bit of a tussle – one that didn’t go unnoticed. In the end, Zach must have felt a little guilty for being, apparently, a showstopper for two young, confrontational ladies. He looked to rectify the hostility between the two and demanded them to kiss (and likely make up). However noble the effort, it was in vain. They were kicked out pretty fast, and after eyes pealed off the train wreck, the show went on.

And when it ended, the audience had some time to reflect about a few things. First, the incredible talent that Canada has to over in way of music. Second, catfights, and just how awesome they can be. And third, the modernization of Mars and how it has positively impacted Vancouver’s music scene.

Thanks, Mars. This one’s for you. 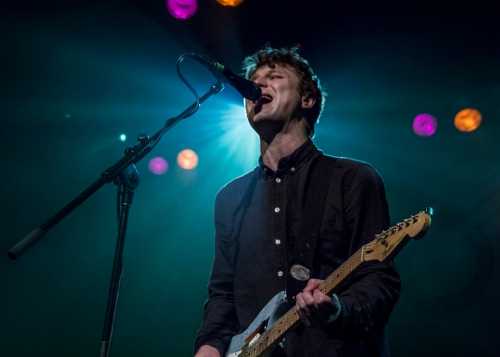