Waxahatchee's set suffered from some overbearing drumming, but benefited from great opening acts. 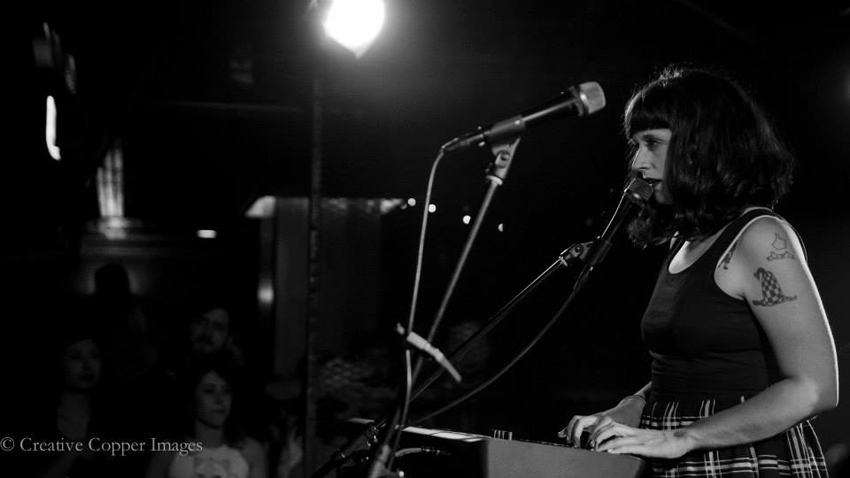 Saturday night at the Biltmore began as a singles night: A baker’s dozen of lone concert-goers sat silently at high-top tables, tucked themselves into couch corners, or vacantly scrolled into the obscure depths of their newsfeeds. Waxahatchee’s placeless rhetoric attracts over-50 bachelors, apparently.

But it was far from a night for expounding the woes of long-receded hairlines and greying geode collections. Saturday featured the wide-ranging talents of some the most potent indie acts around, which also happen to consist mainly of women.

Bay-area expat Rose Melberg and her newest project Knife Pleats fronted the bill, blending her dulcet tone-of-voice and preppy 60s collegiate attire with unvarnished post-punk. Melberg is a self-hidden treasure, a welcome addition to the Vancouver underground: Her prolific playing career traces back to twee-progenitors Tiger Trap, one of the first all-girl bands to embark on male-dominated musical territory, and create an audience for it.

“I get the feeling you’re not coming back / All I can do is miss you,” Melberg sang on “Learn to Swim,” eyes rolling upward to accent the absence of her intended subject, a melancholy-for-me theme that jived with the group’s head-bobbing shoegaze.

On tour with Waxahatchee are Harmony Tividad and Cleo Tucker aka Girlpool, a band consisting of a bass, a guitar, two voices and a two-storey tall stage presence. Many groups of 5 or more musicians are effectively drowned-out by the Biltmore’s boozy din, but Girlpool’s doubled vocal delivery drove every one of their disquieted sentiments into every couch corner, into every ear. 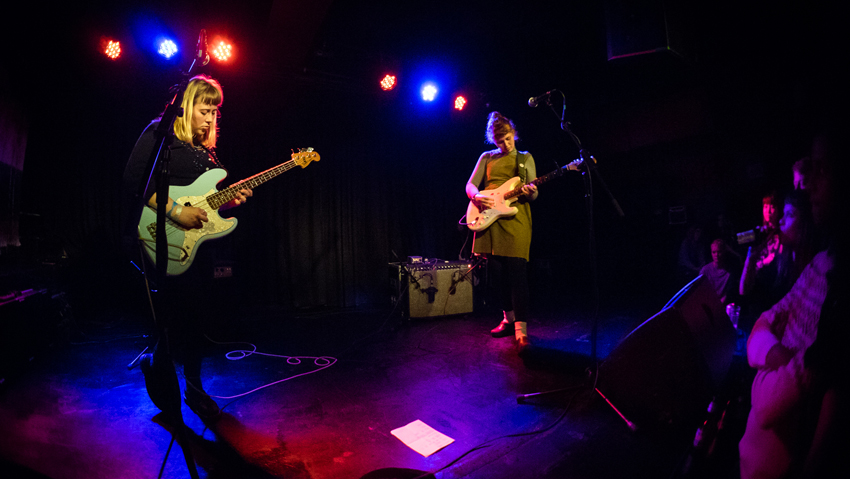 Tividad and Tucker are a punk band without a drummer, but they aren't missing anything.

It should be noted that Girlpool’s disquiet doesn’t possess the maturity of the other bands, and thank goodness. “I just miss how it felt standing next to you / Wearing matching dresses before the world was big” they sang with the squinty, soured faces and unabashed confidence two kids tugging at your pant-legs, squarely reminding you of uncomfortable truths. Their debut album drops June 2 via Wichita Recordings.

People don’t listen to Waxahatchee to rock out; people listen to lead singer Katie Crutchfield because they want to hear what she has to sing. Crutchfield’s lyrics weave passages of impermanence, half-formed regret, emotional residue left over from rationalizations: “If I was foolish I would chase / A feeling I long ago let fade” she sang on “Breathless” while keying a droning organ pad.

On record, Waxahatchee’s instrumentation plays a supporting role, leaving ample room for her oscine vocals. But their performance lacked the same sensitivity—specifically their drummer, who pummeled away at one of two volumes (quiet, LOUD). Floating ballads like “La Loose” suffered particularly from the break-stuff treatment. 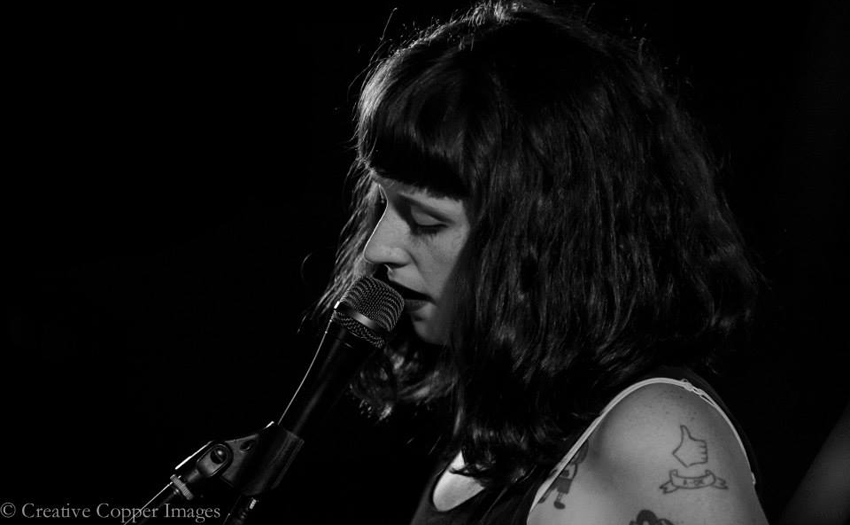 "I'll write you letters and I'll write you songs / And you will be endlessly distracting and then / It falls flat onto paper again."

Recognizing her own best self, Crutchfield encored with only her guitar. She beamed through what appeared to be some of her personal favourites. Crutchfield closed the night with “Noccalula” off her first album American Weekend, a song that reads like a starting point to her present person.

Watch Waxahatchee's suuuuuper 90s video for "Under A Rock":

Did you catch the show? Tell me about it: @thatlaba