There's something in the air, an evening with Airborne Toxic Event 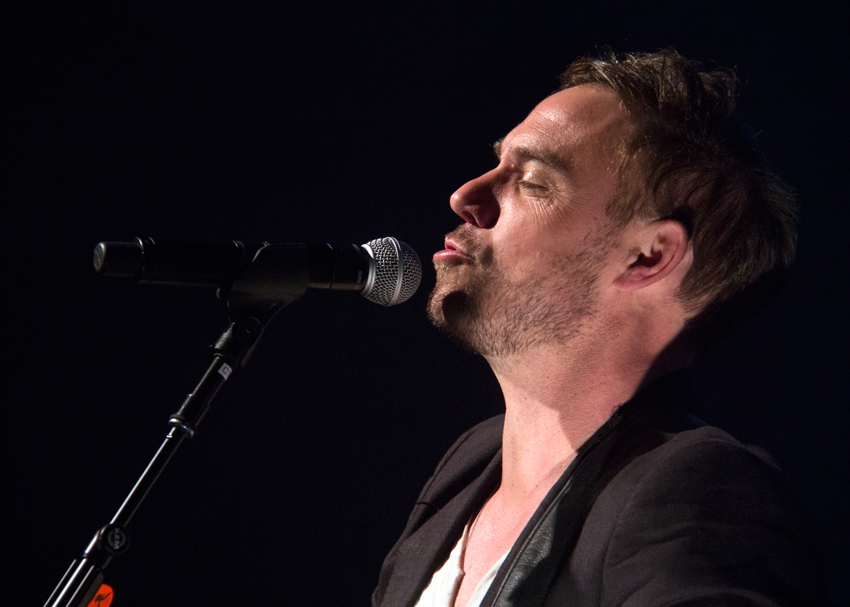 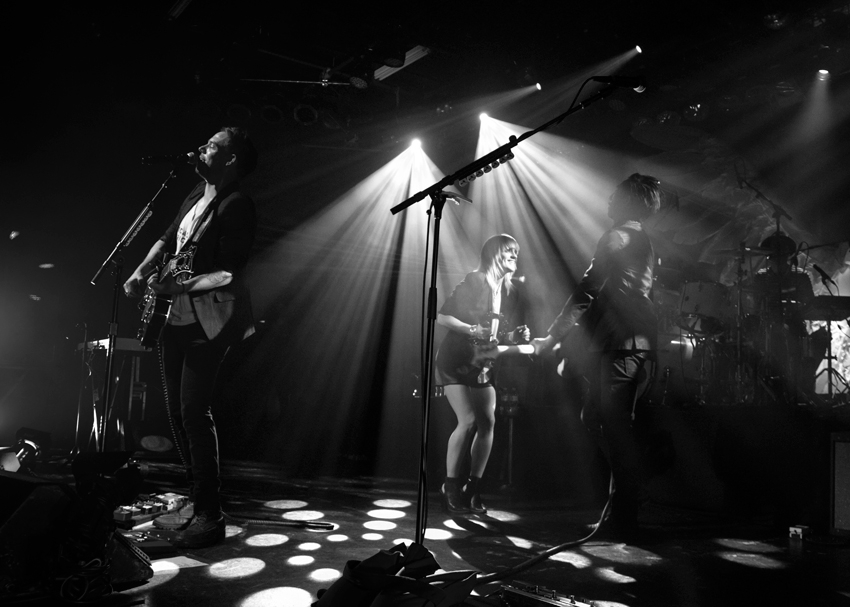 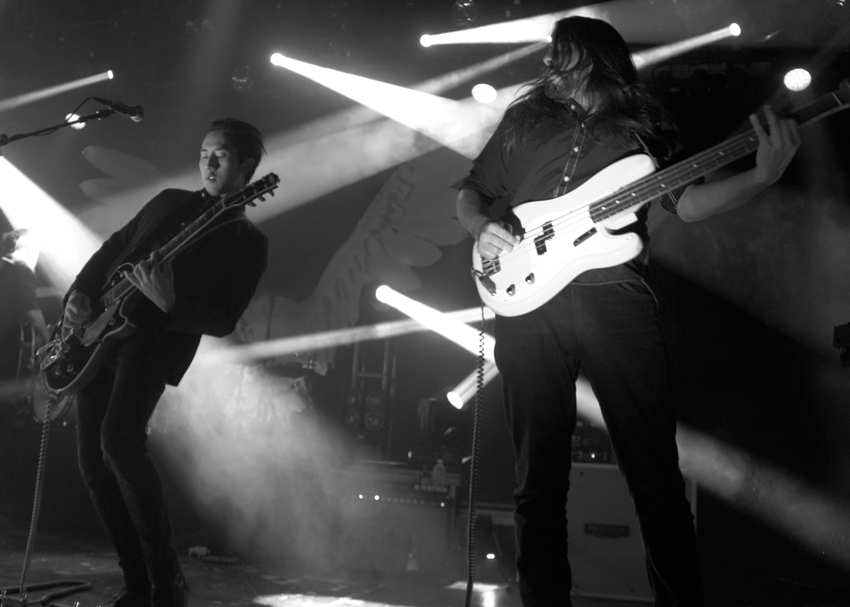 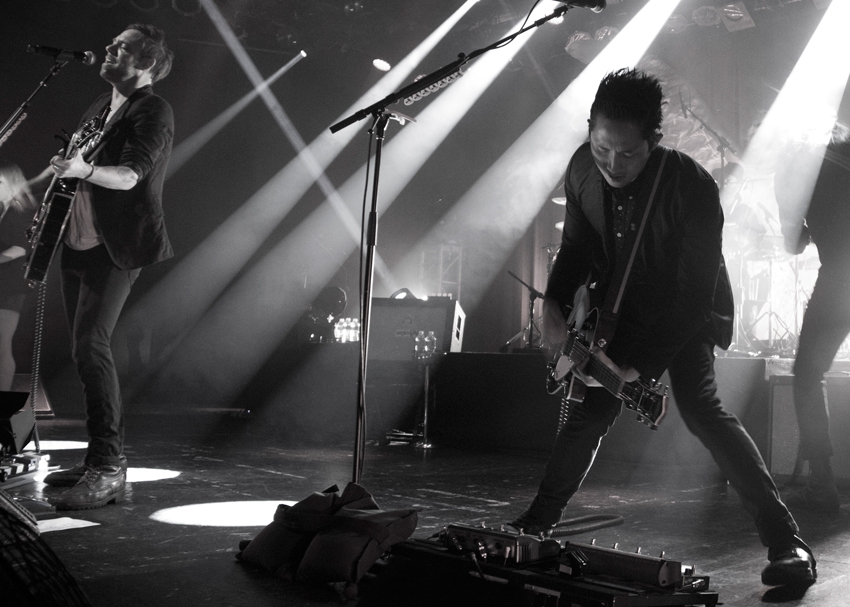 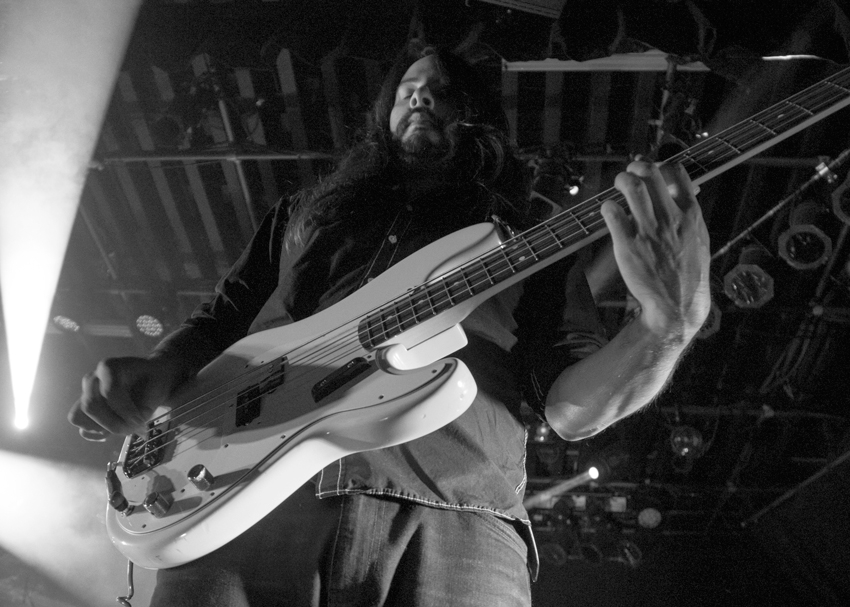 There was something in the air when Airborne Toxic Event played at Vancouver's Commodore Ballroom. It all began with a simple song, 'Bohemian Rhapsody' by Queen.

Prior to Airborne's performance this famous song was heard through house speakers and everyone, I mean everyone, in the audience started singing together in harmony. For the entire song, 5:55 seconds of it, it warmed my heart seeing everyone sing together as one.

I knew  there was something in the air and the performance to follow would be filled with the same amount of energy and exuberance. And like clockwork, the song came to an end, the house lights dimmed and Airborne Toxic Event took the stage to a very excited sold-out Commodore Ballroom.

Each band member took the stage dressed sharply in black which coincidentally seemed to reflect the mournful theme of their opening song "Welcome to Your Wedding Day".

A song inspired by a tragic story where an American drone attack accidentally killed a bride and several others at a wedding in Afghanistan. Don't let this tragic song fool you, their would be no letting up until the encore.

They followed the song with one of their hit songs 'Gasoline', it was clear the band came to rock as they continued to serve up one thundering rock song after another. It was not long before they really let loose after six songs in "Something New" lead singer Mikel Jolett unbuttoning the shirts of fellow band members Adrián Rodríguez (bassist) and Steven Chen (guitarist) much to the delight of screaming female fans.

The set closed with two of their biggest hits 'Sometime Around Midnight' followed by 'All I Ever Wanted' both kept the audience screaming for more.

It took almost a full minute for the fans to calm down before the band members exited the stage. Shaking things up they came back on with a whopping five song encore, finishing the night off with an ecstatic high. It was clear something was in the air as Vancouver fans got everything they asked for and more.

For those unfamiliar with the Indie rock band, they reside from Los Angeles, California and are named after a section in Don DeLillo's novel, White Noise. The band much like the book has garnered so much attention and praise from critics and fans wherever they perform. Lead singer Mikel Jollett uses his music to tell a story just as much as he uses it to move his fans.