THEATRE REVIEW: TUTS plays up the rustic charms of 'Oliver' in the park 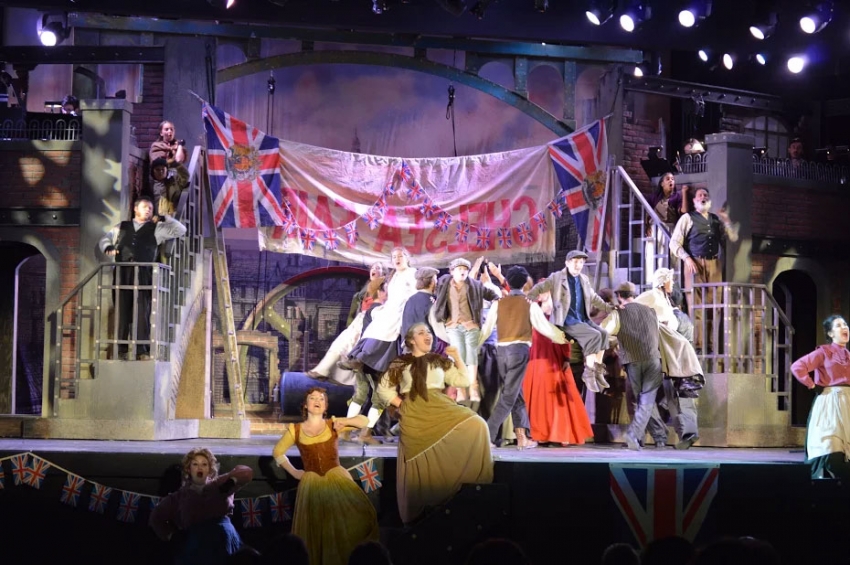 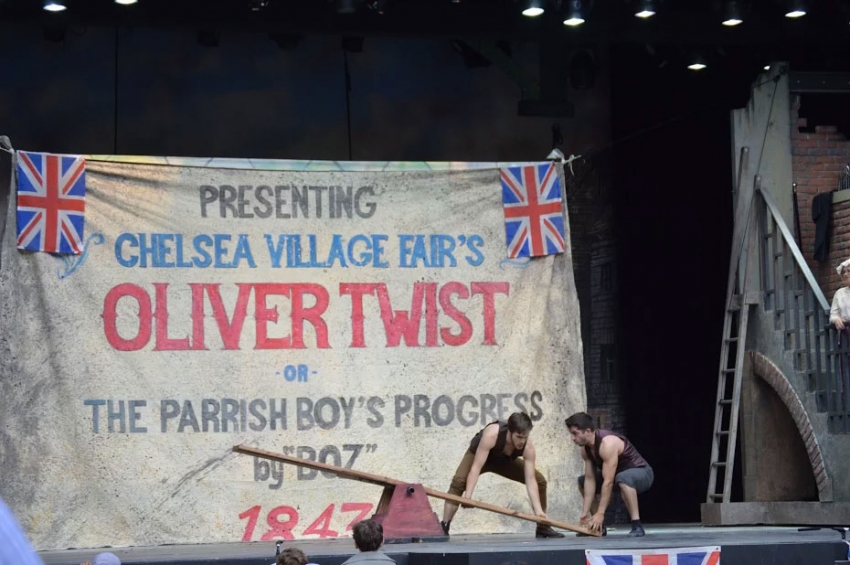 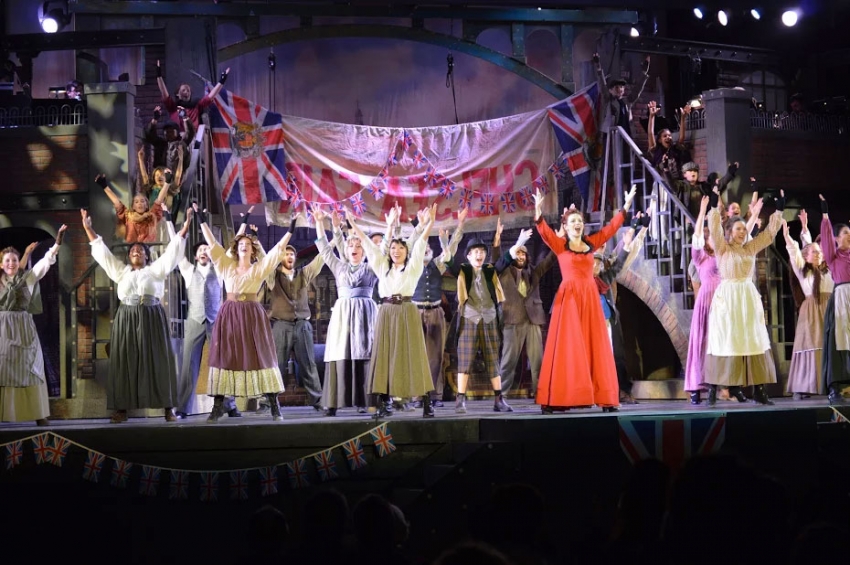 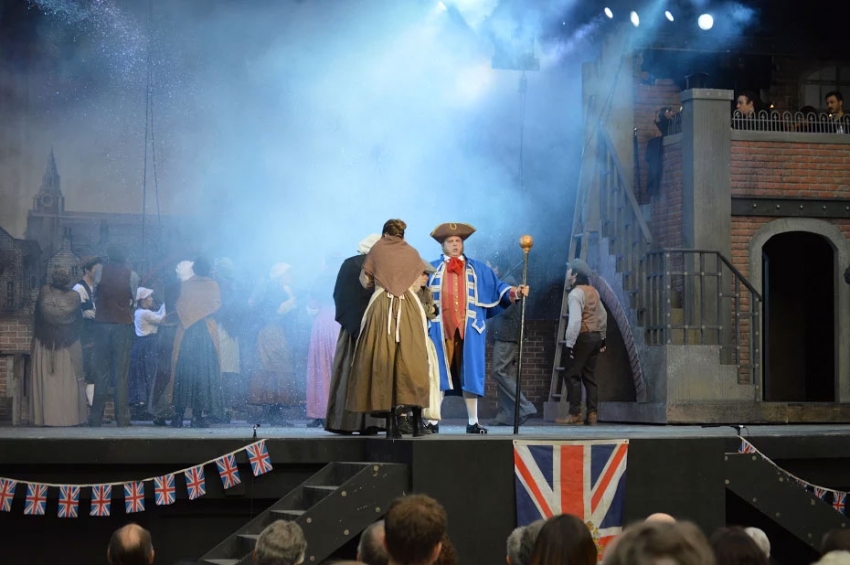 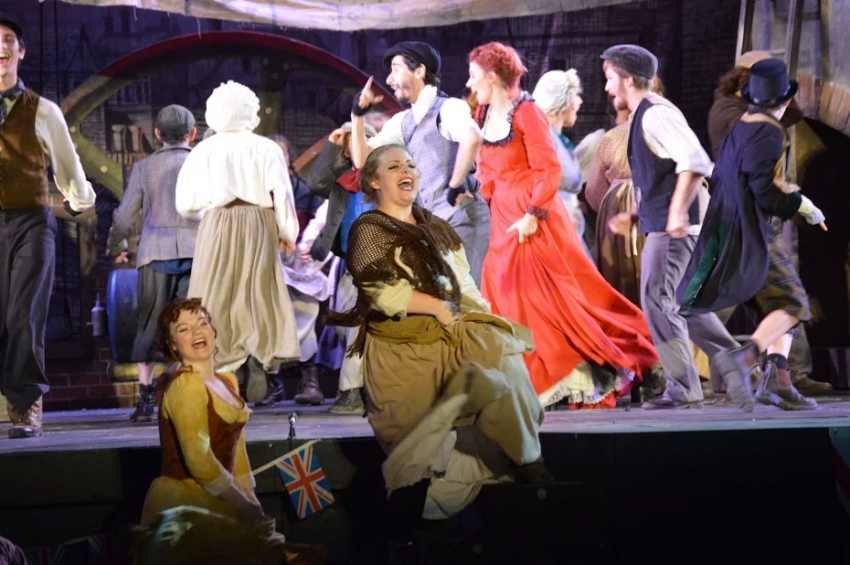 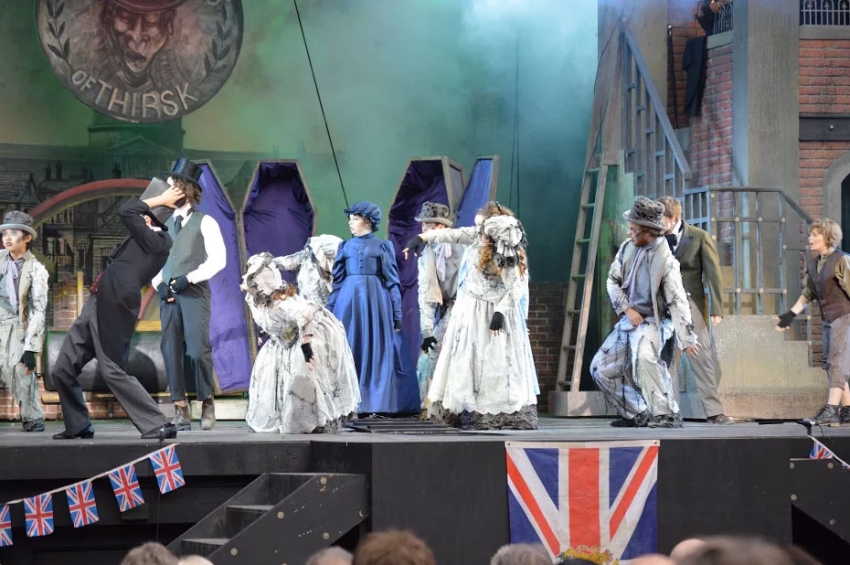 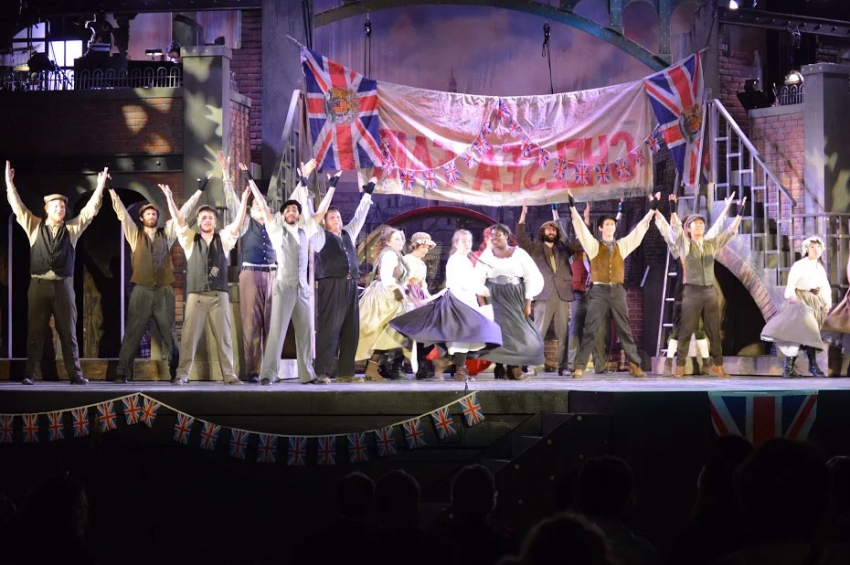 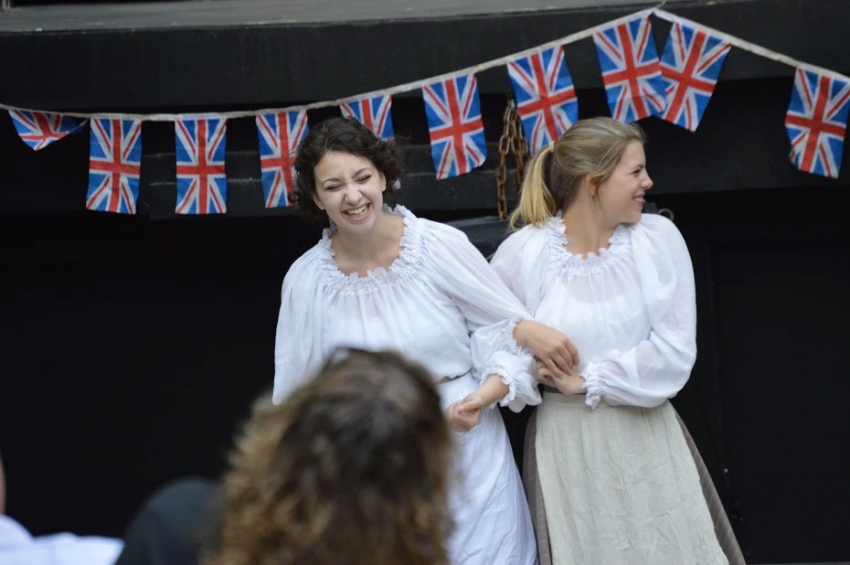 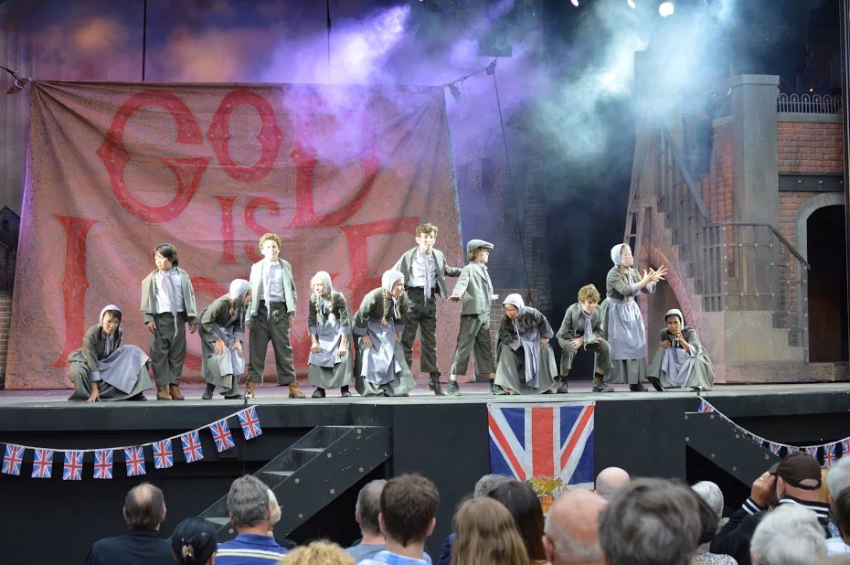 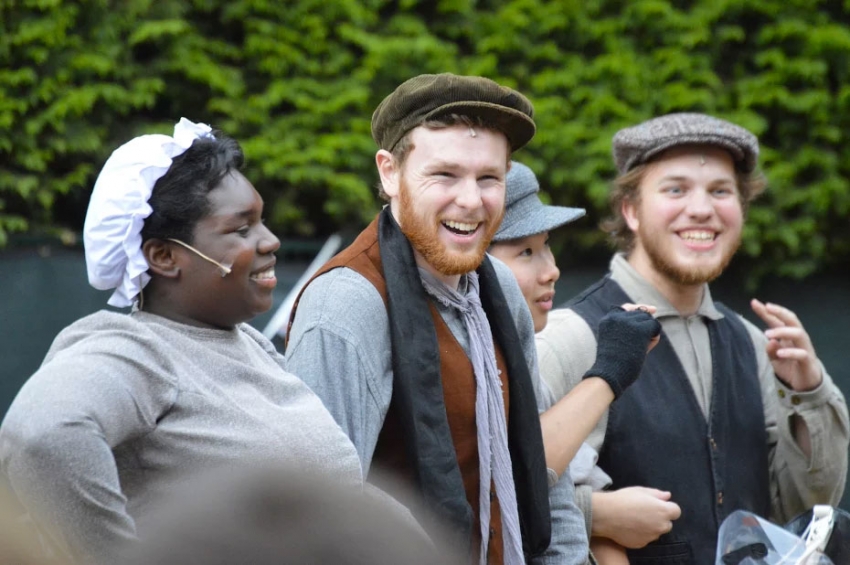 Where the Dickens did the fourth wall go? One minute we were sitting on the lawn at Stanley Park’s Malkin Bowl for the opening night’s Theatre Under the Stars production of Oliver! and the next we were at an English country fair surrounded by magicians, acrobats, jugglers, and serenading minstrels. Having seen TUTS’s dazzling Hairspray the previous night, I was hard pressed to imagine how Oliver could top or even match it, but invited in as we were into this play within a play­ — well, things were looking very promising indeed. 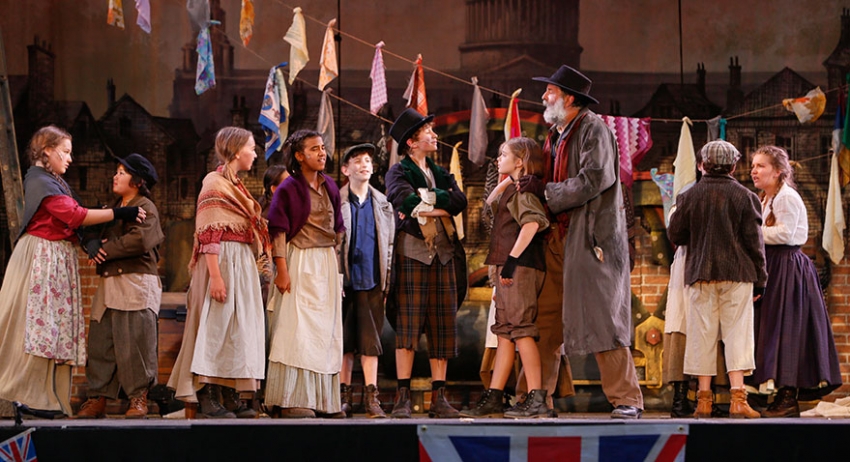 Director Shel Piercy’s re-imagining of Oliver as a rustic country play in which characters narrated some of the scenes (using excerpts from Dickens) was brilliant for two reasons: first, we were already outdoors in casual settings so it was easy for the audience to suspend reality long enough to make the jump to Merry Olde England; and second, the rustic portrayal of small town performers more than compensated for both the shortcomings of Lionel Bart’s somewhat flawed adaption and also it excused the occasional malfunctions from the mostly amateur chorus and orchestra. 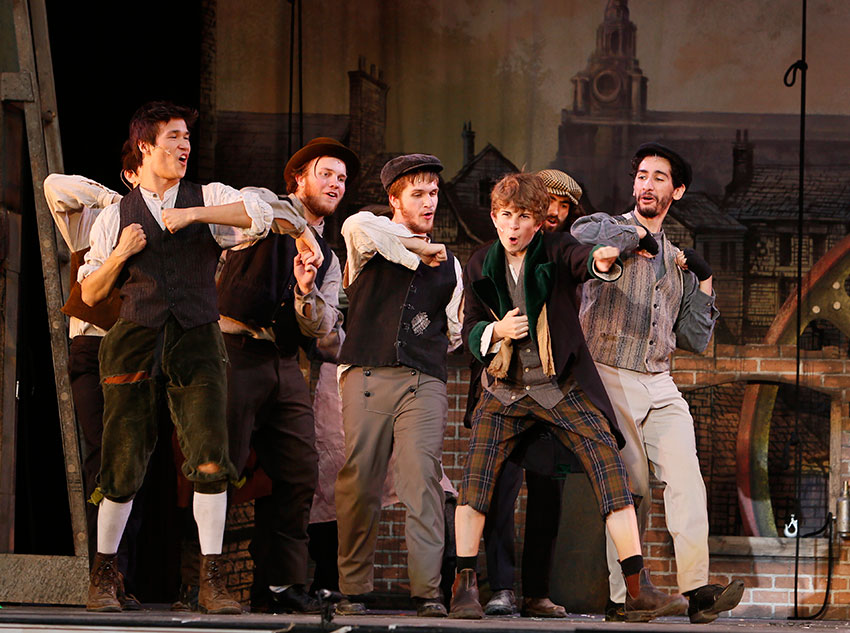 In Piercy’s world of theatre, there’s almost a Wes Anderson-inspired vignette approach to how he frames each scene: he paints pictures with his cast. No one simply walks across his stage; they must limp, stoop, stumble, or even cartwheel across it. Take the undertaker’s daughter (a minor character played by Ann-Marie Zak) whose walk was transformed through the magic of physical comedy into the very embodiment of Dickensian satire. 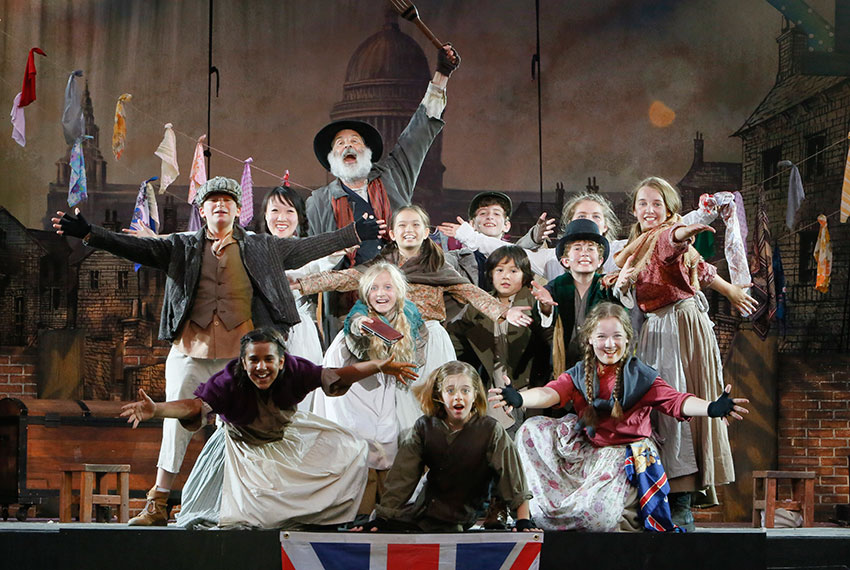 As Fagin, Stephen Aberle is the one actor with the chops necessary to re-invigorate the show when its quieter moments threatened to stagnate it. His “Reviewing the Situation," a duet with klezmer clarinet, was tender and comic­ — a success even at its languorously slow pace.

Elizabeth Marie West as Nancy struggled to find her footing for much of the evening. It’s not that she was bad; it’s more that she was just out of the pocket too often. Perhaps, the orchestra’s 'town band' sound, which had worked so well elsewhere, let her down in the rich ballads. She did finally find her stride and knocked a reprise of “As Long as He Needs Me” out of the park (literally).

Carly Ronning as Oliver Twist piped out a pitch perfect rendition of “Where is Love," one of the few other ballads of the show.

The narrative approach really worked well up until the turning point when Bill Sykes’s (Damon Calderwood) murderous rage unleashed itself upon Nancy. Perhaps my expectations were set a trifle high; I mean, the Act 1 onstage rainstorm (BC Wildfire Services really needs to know of this marvel) and set designer Brian Ball’s clever placement of the orchestra upon the show’s two moving set pieces were mind-blowing.

But for the grand finale, all the show’s sponsors and all the shows friends couldn’t finance special effects befitting its end. Instead just when it should have exploded, Piercy’s narrative approach let the air out of the balloon with all the drama of an in-flight seatbelt demonstration. As narrators plodded through the telling (rather than the showing) of Nancy’s murder and Bill Sykes’s subsequent hanging, even the crescendo of full orchestra and chorus couldn’t conceal the weeeeeeeeb sound of the air going out of Oliver. Very sad.

Given the agitated political climate these days, it’s only fitting that this year TUTS should tackle musicals with some level of social consciousness. Hairspray took on racism, and Oliver confronted the oh-now-you-tell-me inequalities of capitalism. Without a doubt, Oliver (even amid the singing and dancing) is serious theatre, so having a grasp of the history of the times (and perhaps a cursory knowledge of the writings of Karl Marx) will only increase your appreciation. By contrast, Hairspray relegates civil rights to the Kuiper Belt of social relevance: it’s just a backdrop for singin’ and dancin.' So, take your pick — both have their merits and flaws. Better yet, see both and judge for yourself.

Oliver continues its run at Malkin Bowl in Stanley park until Aug. 22. Hairspray plays on alternative nights: Tickets and info.

More??? Consider yourself a friend and send me a tweet about Oliver! @jasonhall_ca