A Halloween ode to one of the year's best new artists 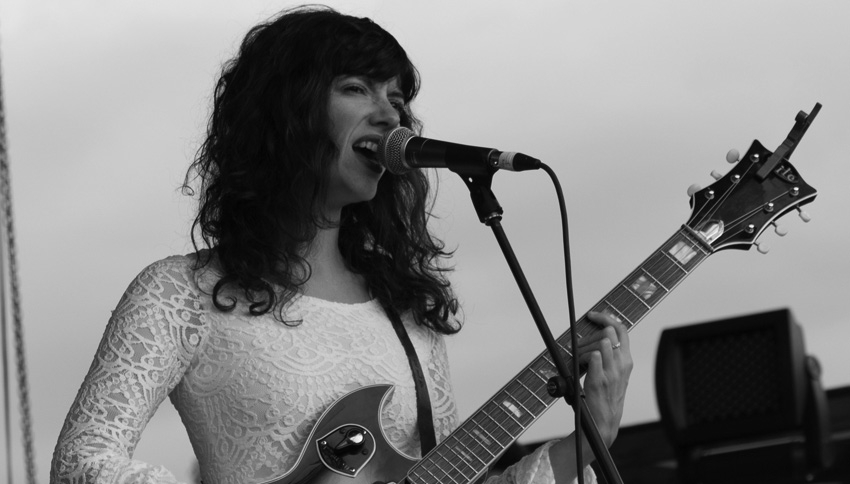 The Virginia-based recording artist performed flawlessly to a costumed crowd

Before I could grasp the meaning of the parting crowd, there she stood right in front of me. Natalie Prass, scarcely over five-feet, was searching for the fetching penguin she’d spotted from the Biltmore’s stage. Looking slightly forlorn, she scanned people’s outfits as her auburn waves tossed this way and that, singing sweetly all the while, seemingly unaware of the overage of ruddiness in my all-too-visible cheeks.

As a soulful bass line hummed through the hazy room, a towering Dana Scully loomed over the scene. The perfect reddish wig, form-fitting navy suit, jet-black heels — “How could I be so easily overlooked?” she thought, as a defeated Prass returned to her backing band.

Honestly, the contest for her preference of Halloween costume hardly caught my imagination. What did captivate me, however, was everything else about her. Effortlessly, she spun about the stage, sending her delicate poetry lilting through the audience like strands of tuned silk; Prass’s indelible pitch came to vibrant life in the company of her organic touches of performance.

But what about cool? Ya, she’s got that too. Witty, sincere, emotive are more words that come to mind. “This one’s about this bitch, uh-uh.” she swaggered before floating along the mystical flourishes of “Christy” (not without irony). Glowing in her playful sense of humour, she opted for Janet Jackson and Simon & Garfunkel covers for fun because it was “Halloweiner.”

In late January, the Cleaveland-born Prass released her self-titled debut, an album that stole my heart as its subject matter stole hers. Natalie Prass is a testament to the power wielded by a subtler force: a chamber orchestra tamed by a persona that takes no more space than it has to.

“Our love is a long goodbye, waiting on the train, waiting on the tra-ai-ain,” the crowd chorused on “My Baby Don’t Understand Me” which also became a very personal moment for me. Singing aloud in my humblest falsetto, Natalie caught my eye and followed my corny but earnest lead into a side-to-side arm motion that lasted the rest of the refrain.

There was no hiding my blushing face nor my bursting heart.

The show eventually came to a close, and to everyone’s chagrin, Prass’ prized Pingu lingered timidly by a table at the back of the dance floor.

Dr. Scully was nowhere to be seen.