The Penny is Alive and Well (And So is Punk) 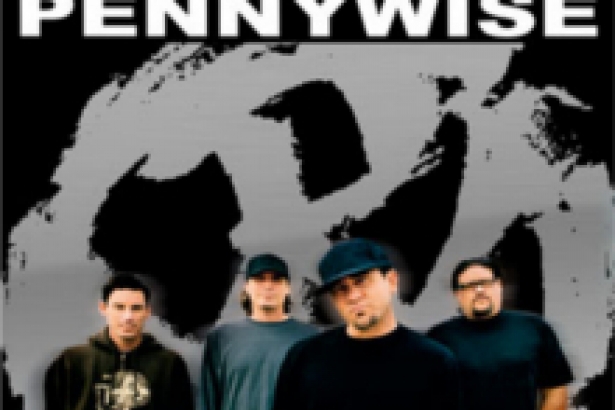 I thought the penny was dead. Evidently, Jim Lindberg didn’t get the memo. I kid of course, but it’s hard to believe that Pennywise is still around after all these years. Whereas many punk bands have had a short lifespan (Black Flag), gone through numerous line-up changes (Social Distortion), hiatuses (SNFU); Pennywise has had 25 successful years relatively unscathed. Formed in 1988, three of the four original band members are still with the band: Lindberg, guitarist Fletcher Dragge and drummer Byron McMackin. (Original bassist Jason Thirsk committed suicide in 1996). Not bad for a group of rabble-rousers.

The show itself was quite good. Amidst the vaporizers, puffs of smoke, moshing, shirtless men, and numerous pints of alcohol, was a band who knew how to party. For me, the best way to judge a band of this nature is by the audience. Granted, I was born the year Pennywise formed, am a child the 1990s/early noughts, and thus didn’t appreciate punk until many of its greats had gone by the wayside, I still enjoy a foul-mouthed show. Which is exactly what this was. When Lindberg wasn’t singing like a cross between a rocker and an MC and Dragge wasn’t shredding his guitar like a giant, they were cursing left, right, and centre, which is exactly what punk fans enjoy. (During one song, rather than having fans put up the rock symbol, Lindberg had the entire audience throw up their middle fingers).

As a somewhat outside observer, it was an interesting show to take in. Cups of beer being thrown on the stage, drunks getting kicked out, and headbanging galore. And yet, Lindberg was in control the entire time. The musicianship of the band was second to none. Dragge was excellent on his custom made RG420 Guitar – the man is 6’8 after all -, Randy Bradbury was a solid and steady bass player, and McMackin kept the show alive and kicking on the drums. Lindberg was not afraid to – as Bruce Dickinson said – explore the space.

At the same time, Dragge and Lindberg also dispelled some myths about Punks and punk music – namely that they are just a bunch of shit disturbers who have wild parties. That is not what punk music is about. Towards the end of the set, Dragge started to explain why they do what they do. As he explained it, to help people. He recalled how the band received approximately 500 messages over the years from kids who had been thinking of committing suicide, but didn’t after listening to the band’s music. The band saved their lives. (Full Disclosure: during the day of the concert, I myself was going through a rather bad depressive episode. Pennywise definitely lifted me out of my funk). To illustrate this point even further, for the last two numbers, Lindberg brought a wheelchair-bound young man up on stage to join them for the end of the show.

Of course, the band couldn’t let the evening pass without taking a few political shots. Henry Rollins once told me that being punk is about questioning authority, and Pennywise definitely has that aura about them. Which again, punk fans love. Pennywise didn’t have to impress, or blow anybody away. They didn’t pyrotechnics, or flying in from the rafters, or have outrageous costumes. They just needed to be themselves. That’s the thing about punk culture. You can be who you are. Certainly Pennywise knows how to do that. And they do like to party.