Painted Palms Review: Three decades of style all in one band 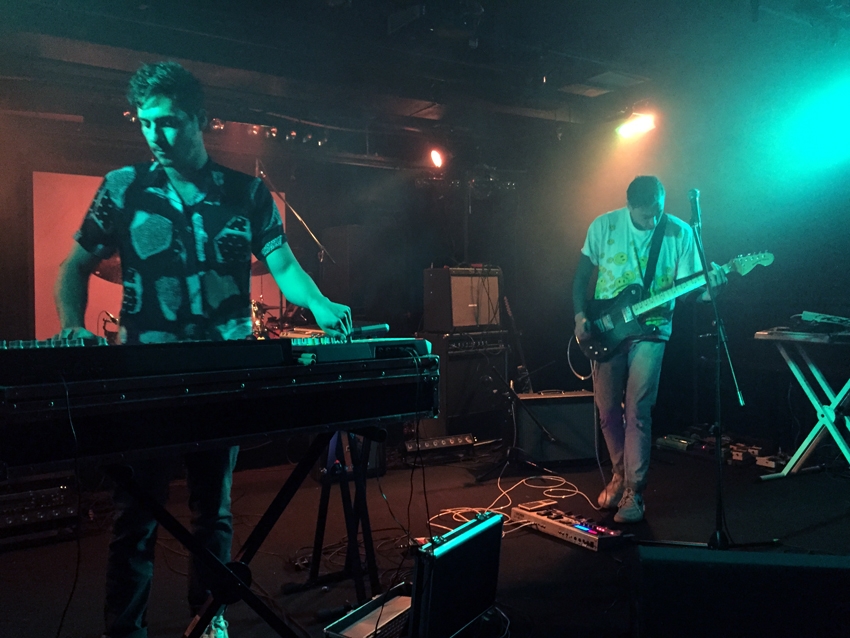 Take a pinch of The Shin’s frontman James Mercer, add a chunk of late-80’s Depeche Mode and throw in a healthy handful of two albums ago Cut Copy and BAM! Painted Palms would be your creation (albeit with the help of some fancy-schmancy sound equipment).

Last night the plaid-laden, hipster-loving Biltmore Cabaret hosted these two San Franciscan transplant millennials and like most shows at the Biltmore, it was a well thought out union of theme and venue.

The Biltmore feels like a buddy's basement and Painted Palms welcomed us as though they were said buddies. I’m of the belief you can tell a lot about a band based on their fan base.

When I watched a pretty, young thing wiggle onto the dance floor alone, dressed head-to-toe in a red number I’m certain I saw Jennie Garth wear in the first few episodes of Beverly Hills, 90210, I was anticipating eclectic sounds. And, that is exactly what I got: eclectic.

The backbone of this awesome-twosome is easily identified as lyrical-electronica which makes their past alliance with Of Montreal pretty unsurprising. Last night’s show featured most of the stuff from their 2015 release of new album “Horizons” with Refractor and Gemini really highlighting the way these guys have evolved over the last few years.

It is rumoured that originally, these two produced music long distance via file-sharing and while a lot of it was impressive, there seems to be a different chemistry that could be attributed to taking the virtual out, and making the pair an in-person reality. Or perhaps, they simply grew-up their sound and sophistication by big leaps since “Canopy” was birthed.

Their stage presence left a little something to be desired but maybe the crowd had not yet thrown back enough PBR’s to really commit to their cause.

Overall, a creative representation of what the West Coast initiates in young, tech-forward, exploratory artists. Buy "Horizons" because it is rare these days when you can, or want to, put an album on song one and let it play through to the end.

In person, they are as consistent as they are pre-recorded. Bra-freakin’-voh boys; rock on with your bad selves.

They were just in the Neighbourhood: Photo Highlights

AC/DC rocks out at BC Place: photos

The dust has settled after the Squamish Valley Music Festival