An upcoming charity gala celebrates the career of Canadian music icon Chin Injeti, whose own life is testament to the power of music therapy. 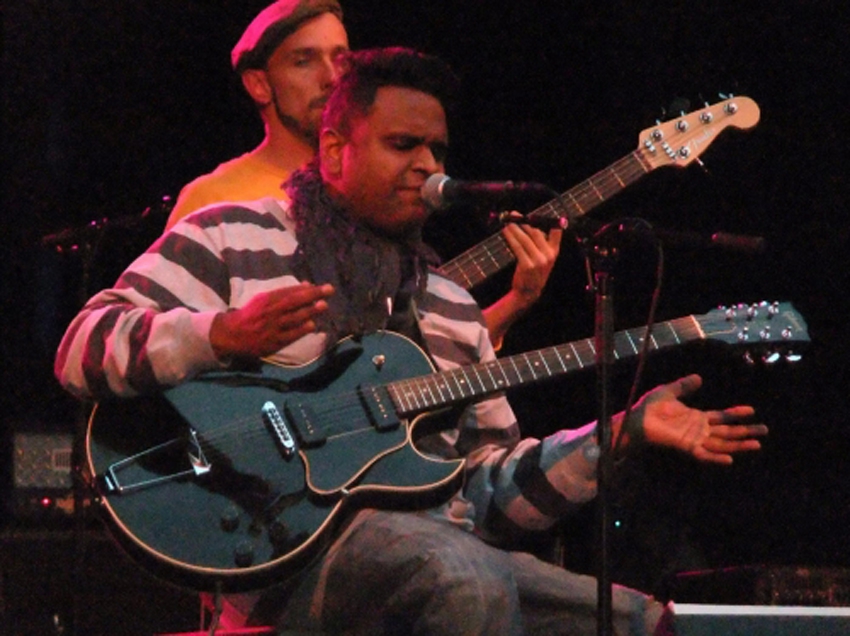 Chin Injeti lives today as both benefactor and advocate for music therapy. Polio afflicted Injeti at an early age, stealing his ability to walk—an ability that a music therapist helped him regain.

Next Thursday marks the inaugural Strike a Chord gala: The evening’s events will celebrate the career of the Vancouver-based Juno and Grammy Award-winning musician/producer. Local non-profit charity Music Heals will host the musical benefit show at downtown nightspot, The Imperial.

Injeti emphasizes the healing effects of any musical moments that were available to him, even harmonizing with a janitor’s vacuum cleaner. Melody and rhythm provided him escape and optimism. Messages of positivity consistently ring throughout Injeti’s own music.

Music Heals’s executive director, Chris Brant, spoke as to why he chose Injeti for the celebration: “Chin’s story is an inspiring one. His first-hand experience of music therapy makes him a powerful advocate. Today he is an accomplished artist and producer deserving every bit of success he has achieved.”

Injeti’s musical accomplishments run the gamut from the Juno Award-winning folk-funk of Bass is Base; to recording, performing and writing with artists such as Bedouin Soundclash, Drake, Aloe Blacc, and Eminem on his Grammy-winning record Recovery; to writing several of his own records, including his recent release The Reverb.

As Injeti’s career continues to gain momentum, he never neglects to recognize the continuing therapeutic impact of music on his life, and others’. His advocacy efforts involve supporting and promoting organizations like Music Heals and the Canadian Music Therapy Trust Fund.

Music Heals exists among a select few organizations dedicated to funding music therapy in Canada. While the effects of music therapy are instantly recognizable, available treatments lack the full support of mainstream medical funding. This monetary void signals the importance of charitable organizations.

The power of music therapy is multifaceted: Music effects the brain holistically, tapping directly into parts of memory and experiences that, for patients with severe neurodegenerative conditions, are otherwise off limits. For others, it provides release from the confines of chronic illness.

Injeti tells the Vancouver Observer, “I think music therapy is so important because it is a really effective way of doing therapy that really heals and can bring new hope to people. Organizations like Music Heals help make that possible and I know that it’s something that changes lives.”

The gala will be hosted by Prevail of Swollen Members, and feature showcase performances by Serena Ryder, Omar Khan, The Matinée, Kutapira, The Boom Booms, DJ Sincerely Hana, DJ Rico Uno, and Chin Injeti himself.

Tickets are $150, with a $100 dollar charitable receipt (purchase here). Learn more about local music therapy programs, such as the iPod Pharmacy program, on the Music Heals website.

Get down to Bass is Base's classic '94 jam "Funkmobile:"