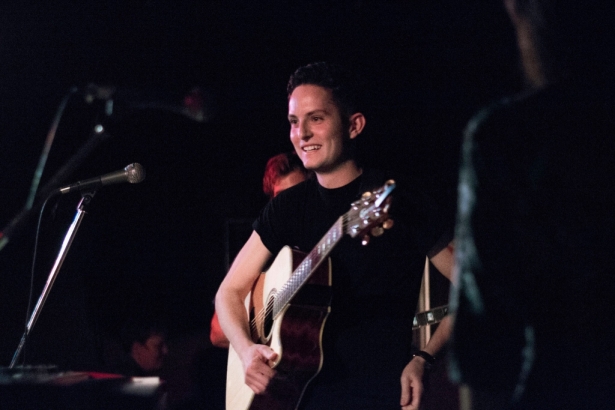 Only the firmest convictions survive the hardships of Evan's lyrical travels.

Music is often a vessel for creative expression and interpretation, but it can also be a vocalization of empowerment for those who face society’s most silencing preconceptions.

A recent initiative of local musician/producer Evan Ivan strives with sound to accentuate empathy and diminish barriers of class between the more and the less fortunate. All of the proceeds from Evan’s April release Bad Tidings & the Hope That Remains are being donated to the Downtown Eastside Neighbourhood House (DTES NH).

Over a nocturnal pint of ale at Kitsilano culture-point The Naam, Evan said, “I feel like I have this passion for music not only for my own benefit but to help others; so if I’ve got this album that didn’t cost me a lot to make, I should donate what I do make.”

His logic is uncomplicated, but uncommon to the career-bent musician typically focused on funnelling every available buck towards much-needed gear, recording costs, rent or groceries (in that order).

Sure Evan didn't spend the hundreds (or thousands) of dollars required to record in a studio, but he attended three schools for music production and spent months interning in studios. The polished soundscapes on Bad Tidings testify to his effort and education.

Even more impressive is that this benevolent behaviour isn't new to Evan, who released two charitable recordings just last year, raising $1400 for the Multiple Sclerosis Canada Society and $700 for the Typhoon Haiyan Red Cross relief effort.

This most recent endeavour endorses the philanthropy of the DTES NH. Evan was first attracted by their food and operating philosophies, which are refreshingly up-to-date. They address issues facing low-income DTES residents with a humanist sensibility: “We avoid the language of addiction and instead see complex individuals living complex lives.” 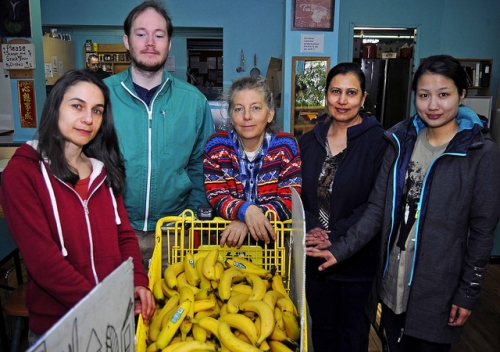 The DTES NH distribute two tons of Bananas on Cheque Day to people queing for their cheques in the DTES.  All organic, fair trade bananas. Photo by Denya M Gillis.

The DTES NH states that the average DTES resident lives with at least one serious health issue and has a compromised immune system. Typical diets consisting of high intakes of starch and chemical sweeteners create or exasperate existing health problems.

“When one is materially poor, the first things lost are privacy and choice. Offering people a choice of the foods they ingest is a critical piece of the NH food philosophy.”

As one of Vancouver’s emerging neighbourhood houses, Evan saw that they could benefit most from his fundraising. His socially conscious affiliation makes his music art on two levels: one of the self-reflective synthesis expressed by many musicians, and one that brings the message of healing on material terms to individuals who probably aren't frequently afforded the means to experience organized sound at all.

Bad Tidings & the Hope That Remains can be purchased by donation on his Bandcamp page.