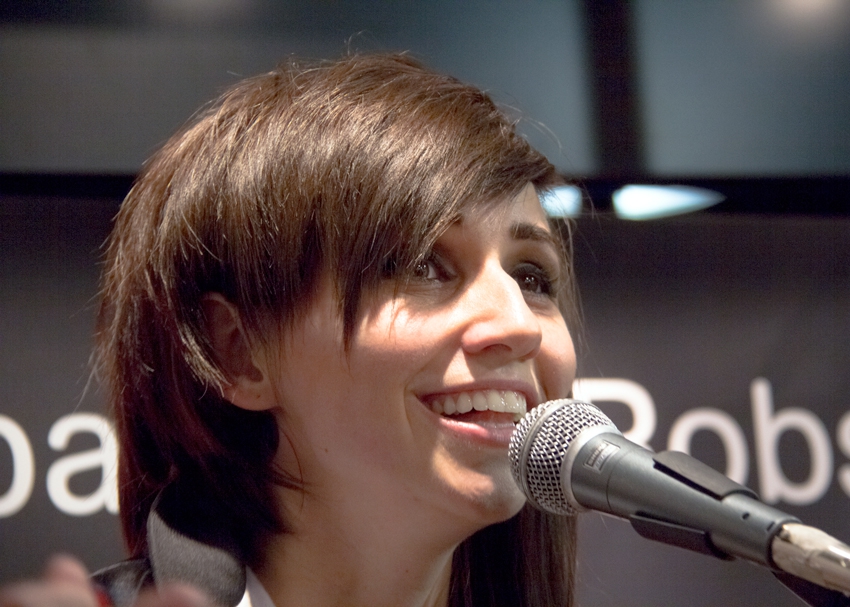 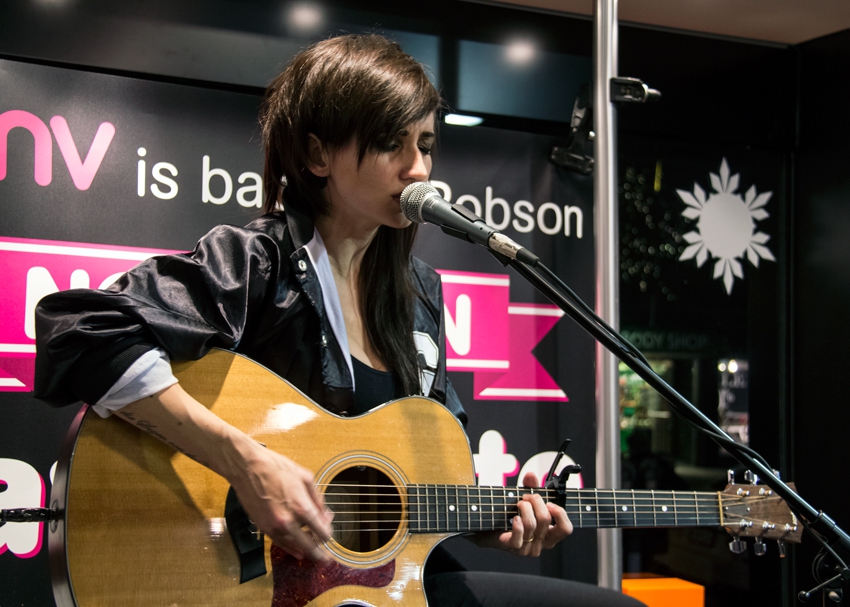 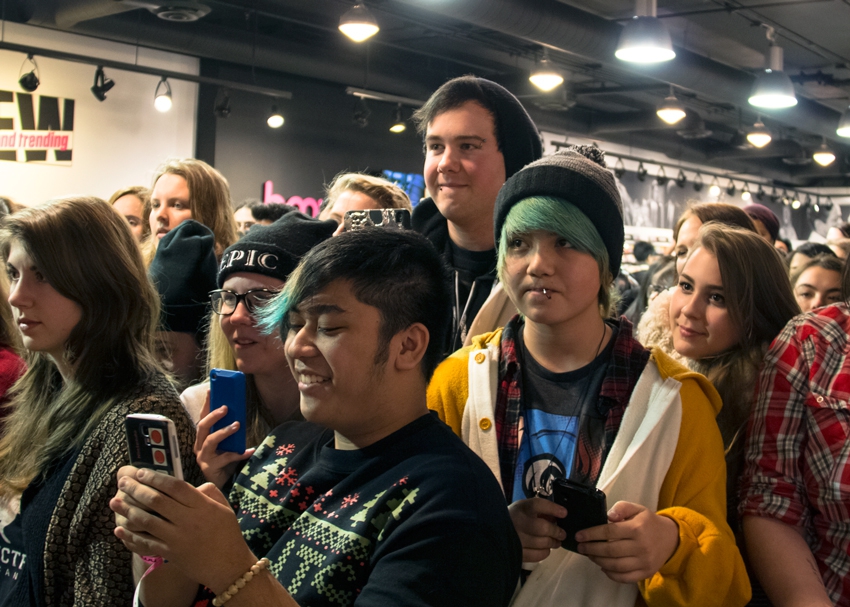 It's been almost three years since hmv's flagship store shut its doors to the Vancouver public. Monrday, hmv re-opened its doors on Robson  just a few blocks west of the old location.

Access to this exclusive performance was on a first-come, first serve basis to celebrate the opening. Fans waited in the freezing cold from 9am in the morning to secure their spots.

As Lights took the stage she greeted everyone warmly, asking if everyone had brought their singing voices with them as she would require help from the audience during her performance.

Lights packs a punch of synth-pop in her latest music not unlike her UK counterparts CHVRCHES' back catalogue. However, she is no stranger to playing an acoustic guitar. In 2010, she released an acoustic EP that dialed back on the instruments and production work and focused more on Lights' phenomenal voice.

Last night, armed with just her guitar and mic, she made sure the audience was thoroughly entertained from beginning to end. Listen to her latest release 'Little Machines' and catch her live as she continues her North American/Euopean tour.