La Roux’s Trouble in Paradise seeks to represent “emptiness in a place where there was once great joy,” but the Commodore’s electric crowd showed no signs of emotional austerity. 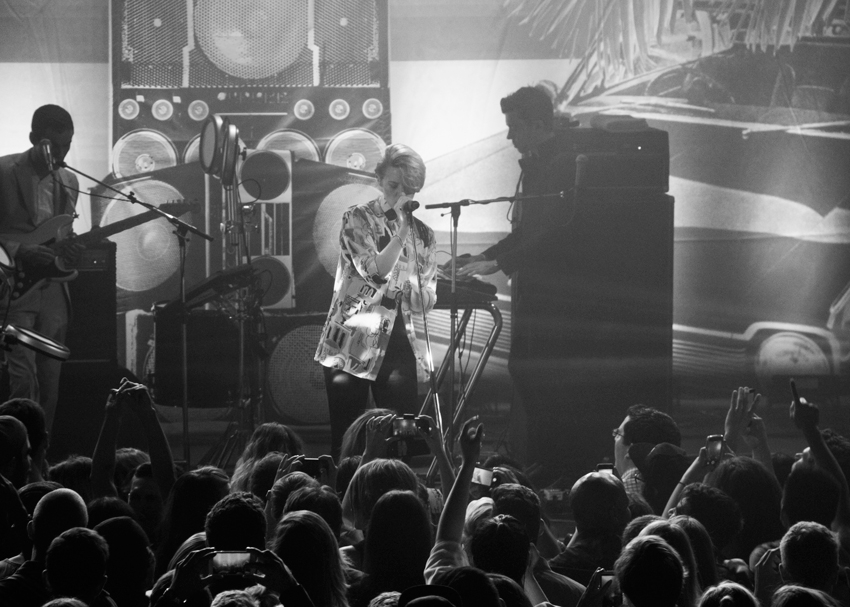 Early-goers to Thursday night’s show at the Commodore Ballroom weren't prepared for the dangerous disco fire of Midnight Magic. The NYC dance provocateurs blazoned out of the gates, sending irresistible groove out and under the feet of the still-sober listeners: Singer Tiffany Ross’s pipes took the massive shape of late gospel dance great Loleatta Holloway. Furious tempos and “very superstitious” synthesizers had the Ballroom floor at a high fever pitch by the end of their set. 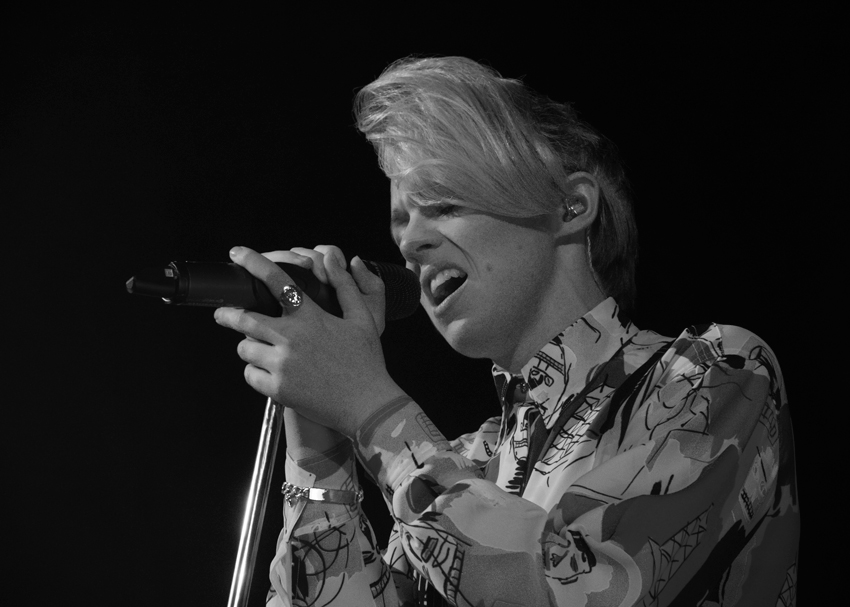 Ostensibly, La Roux’s Paradise seeks to represent “emptiness in a place where there was once great joy” and describes the record as “a grower,” but the Commodore’s electric crowd showed no signs of emotional austerity as everyone screamed and danced like excitable teenagers.

Fashion has always been a fixture for La Roux. Thursday presented Jackson in a cubist-inspired blouse patterned with shrunken faces and stubby Eiffel towers. A gravity-defiant wave of hair washed over her head, coloured in such a way as to spark existential doubt: La Roux ou La Fraise-Blond?

Rich back-tracking and a conscientious crew—on and offstage—ensured that fidelity to the album sound was high. Footwork opportunities peaked on the four-on-the-floor choruses of “Colorless Color,” and on “Kiss and Not Tell”’s bouncy melodies.

The show was the first of her Pan American tour and saw the band working out some early kinks—a few drum breaks were played through in the process. Though the energy was consistently high, attention trailed off into smartphone viewing during the extended passage in “Silent Partner.” 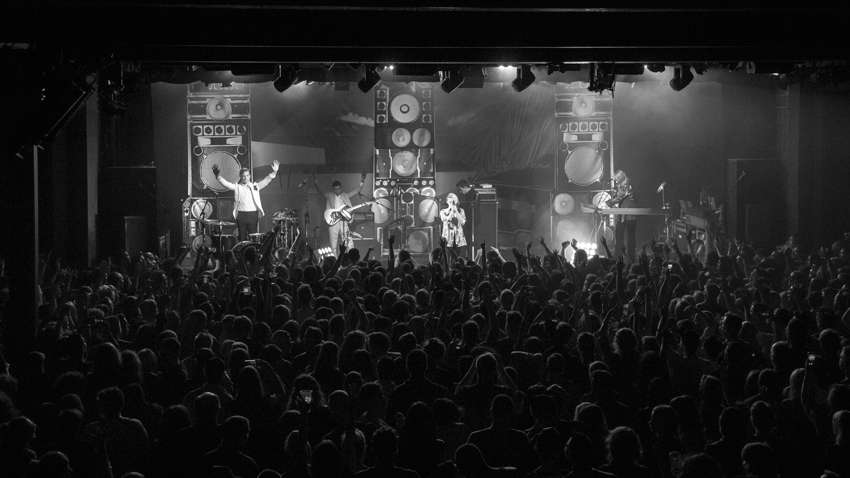 Jackson defaulted on demure for stage presence and her between-song speaking was effectively drowned-out by impassioned shrieking. An adventurous fan made her way onto the stage to kiss Jackson Woody Woodpecker style; and, as if to affirm her air of sexual ambiguity, La Roux responded by stating, “I could love her.”