King Khan & the Shrines reign at the Rickshaw 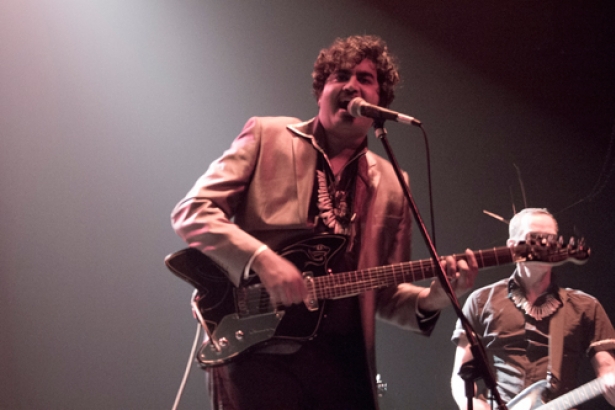 Lead Singer King Khan can be quoted describing the Band's new album, Idle No More, as a "big healing process." Evidently, King Kahn & the Shrines have made a full recovery. The entire nine-man group exuded energy with every lyric, riff and hit of the tambourine. The group seemed to live up to their "psychedelic soul" label and completely redefine it at the same time.

The whole set developed itself over top of an impressively quick tempo. When the band's focus wasn't fixed on delivering hyper-paced jams, they kept their eyes open for any piece of equipment they could climb. The stage right speakers were a particular favourite for guitarist Till Timm. And while Till took high ground, Fred Roller, one of the band's saxophonists, took a tambourine into the audience after a crowd surfing wipeout. And he didn't miss a single beat, despite the six-foot drop and the ensuing mosh pit.

The band's infectious sound kept the crowd dancing throughout the show. Every member of the audience left the theatre having tasted a mouthful of someone else's hair. The theatre was treated to a soul cleansing experience. King Khan & the Shrines took the Rickshaw to the top of the Empire State building. A long, long way from Vancouver. 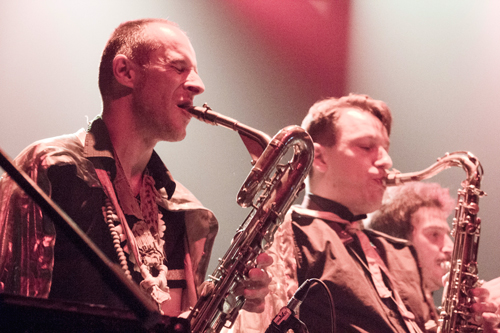