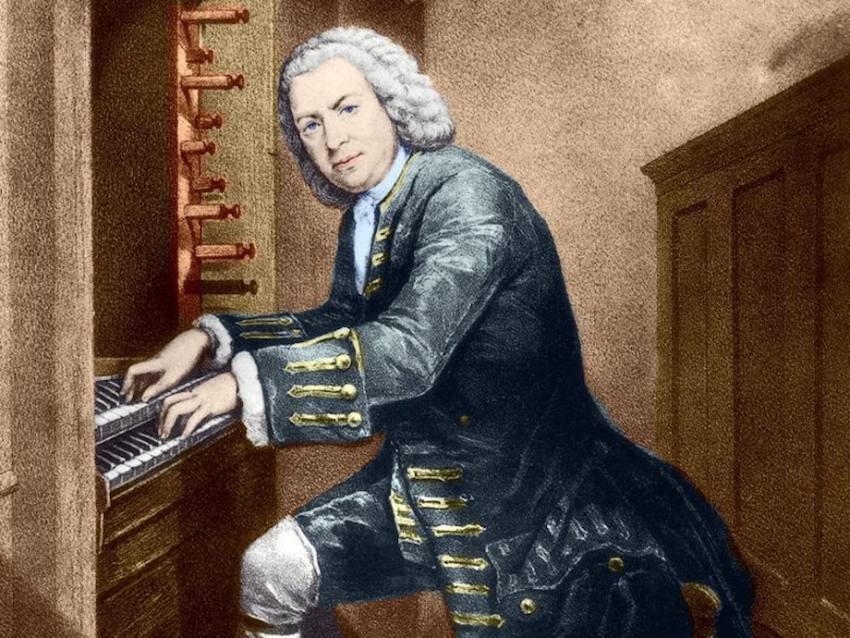 For German philosopher Arthur Schopenhauer, the distinction between callow enthusiasm and mature world-wisdom comes down to the difference between appreciating a piece of embroidery from the front versus the back. The frontal view may be superficially prettier, he allows, but the backside is “more instructive; it shows the way in which the threads have been worked together.”

Beyond mere prettiness, the performances offered exemplary insights into the interweaving threads of their respective scores – testimonial to the masterful maturity of the two soloists.

It took Schopenhauer a wizened lifetime to arrive at his famous epigram; the two BachFest headliners have attained such maturity while still in their artistic prime – Alard as a prize-winning tyro and Hewitt as a prolific concert artist, recording star and festival director.

At the ripe age of 33, Alard can already reminisce about how he first played the Goldbergs on harpsichord “when I was still young,” a whole dozen years ago. But after that debut he backed off the piece, only returning to it a couple of years later through the drastically different medium of the organ.

And not just any prosaic organ like the 18th century German instruments that Bach himself might have used. As designated organist at Paris’ prestigious Church of Saint Louis en l’Ile, Alard got to transcribe the Variations for a top-flight French instrument, with its “orchestral abundance of distinct colours.”

Some of that rich palette was imported back to the harpsichord by the time Alard was ready to return to the Goldbergs on his original instrument. He plays the piece now by memory so as to “separate myself from old habits…to realize what Bach really wrote.” The point, he explains, is to transcend the harpsichordist’s temptation of “sheer virtuosity” in favour of the organist’s “perfect clarity.”

It shows, above all, in the repeats. In such an iconic score, most listeners are already fully familiar with the melodic line of each Variation, especially since each motif is reinforced with multiple repises. But, in Alard’s performance, each repeat somehow sounds strikingly different from the thematic exposition that immediately precedes it – a master class in how “the threads work together”

It may be a slight alteration of tempo; a hint of syncopation; a highlight of ornamentation; some subtle tweak of the plectra, jacks or dampers to brighten or soften the resonance. West Van harpsichord builder Craig Tomlinson, was especially impressed by Alard’s adroit use of EMV’s double-manual instrument, a made-in-B.C. adaptation of an 18th century Franco-Belgian original.

“The way he links the registers of the two keyboards – wonderful!” Tomlinson enthuses. As EMV patrons crowded up onto the Christchurch Cathedral stage for a closer peek into the harpsichord’s dainty gold-and-white casing, he points out the different types of plectra – quill versus leather – that enable Alard’s expressive tonalities.