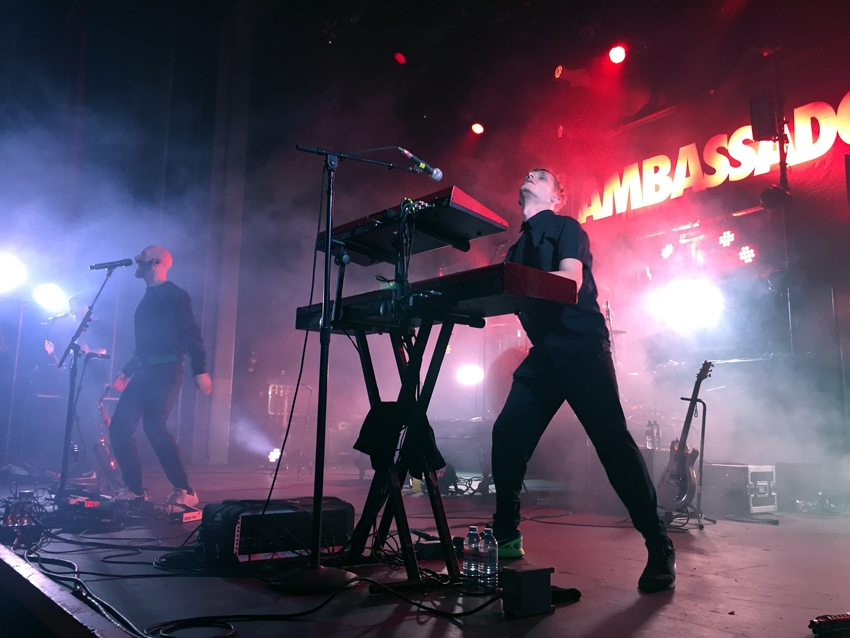 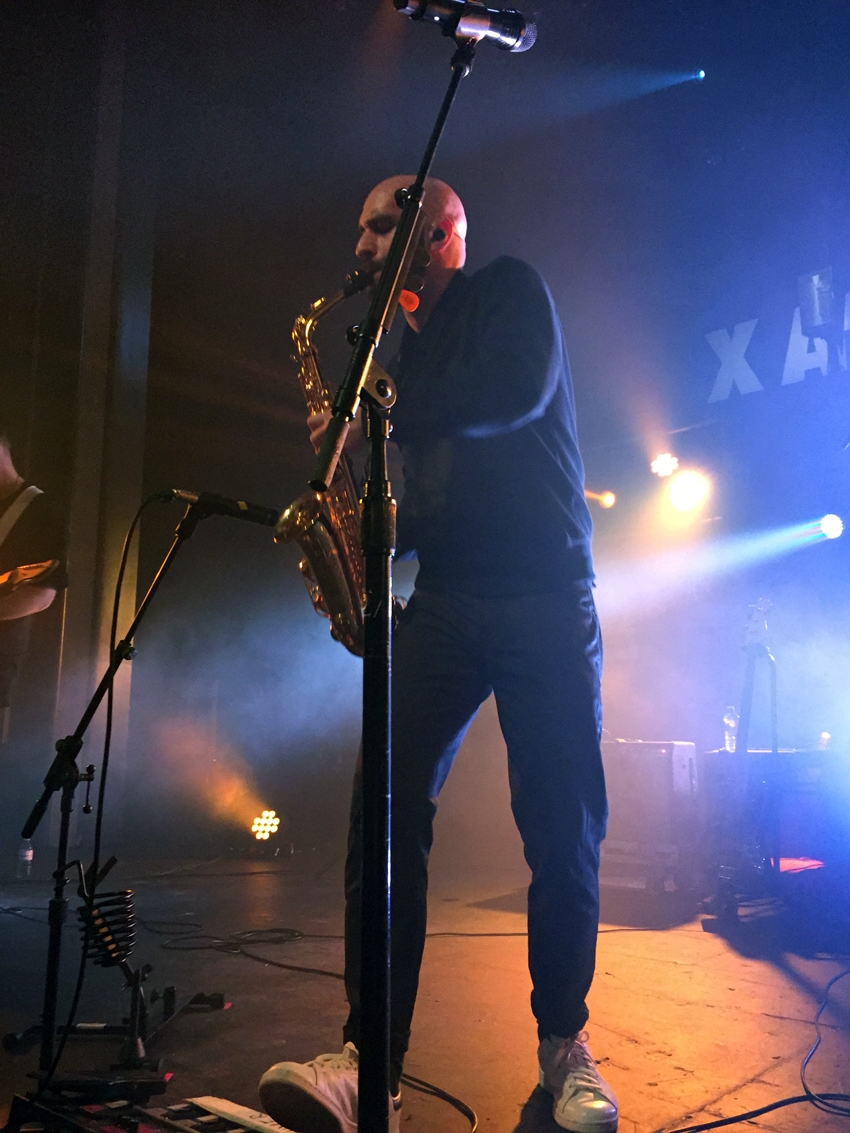 Photos and article by Chelsea Carlson

Having made the big trek from the East Coast to the West, X Ambassadors completely saturated the walls of The Vogue theatre last night with a startling mix of soulful acoustics, raging rock and angsty vocals.

They took the crowd through an exploration of bangin' highs and goose-bump lows—blues, beats and bleeding hearts were strewn all over that pounding dance floor.

Based out of Ithaca, New York, X Ambassadors aren't all that new. They released their first single "Tropisms" back in 2009, and the video could nearly have been aligned with say, the Goo Goo Dolls. But the Sam-Smith-esque range in lead singer Sam Harris, backed by band mates Casey Harris, Noah Feldshuh and Adam Levin, is far more encompassing than simply a straight up alt-rock explanation.

They took me on a shocking modern day Magical Mystery Tour of self-reflection that I truly wasn’t prepared for yet, I was excited the whole time. It went a little something like this:

“Hang On” screams out to bring the room to boiling before the heavy bashing Kid Rock-ish “B.I.G” attacks my psyche and I feel this overwhelming unprovoked desire to punch someone, right in the face.

Almost on purpose, “Unsteady” strips me of my confidence and reminds of what I really am — a “Lowlife” (a song dedicated to all of us underachievers and we love it). Nearly switching genres and building me back up was the R&B-infused "Gorgeous," which was used strategically by the fan to my left in an attempt to bump and grind his date, like we did back in '99.

Just in time, the energy-inducing-everybody-knows-it Bastille-like radio hit "Renegades" that headlines the 2015 release of full length album VHS pulls the room back together in communal chorus. Gah!!

A sensitive time on the world stage of public performance, there was a moment of acknowledgment and homage paid to those lost in the terrorist attacks that took place at a rock show in Paris, just five days ago.

There was a definite unity felt in celebrating our rejection of fear tonight, something I won’t soon forget. I went home completely emotionally full and exhausted; a feat at which few have succeeded.

Touché, XA (as they are sometimes called).

Despite their affinity for perhaps one-too-many interludes that only make sense if you do your due diligence, the VHS album certainly captures the band's diversity and limitlessness. I look forward to the follow-up album that I can only assume will drag us through more puddles and rainbows alike.

Thanks for the ride gentlemen. I’d jump on your train any day.