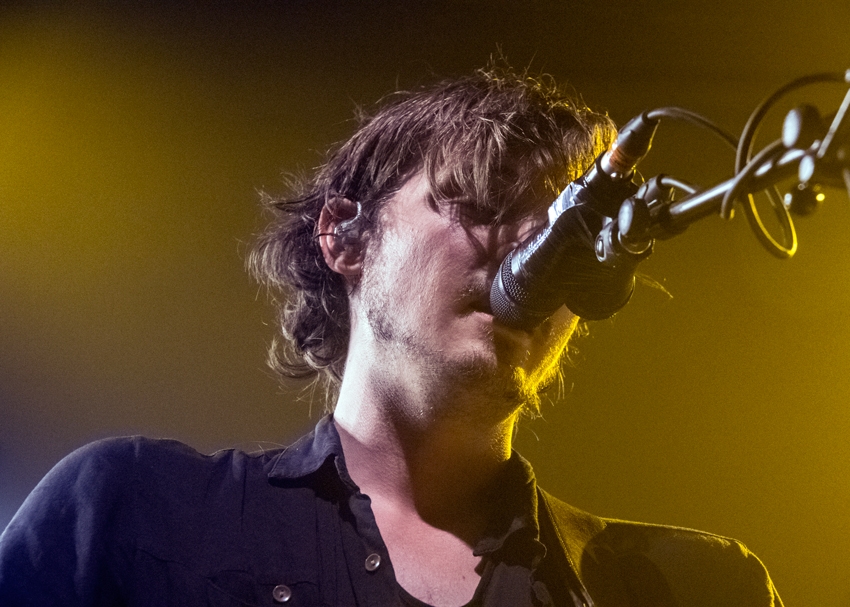 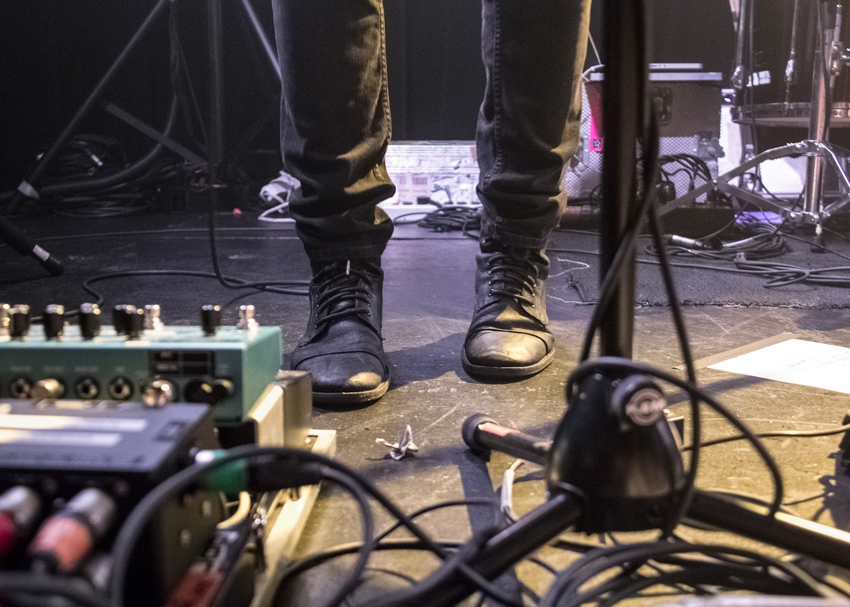 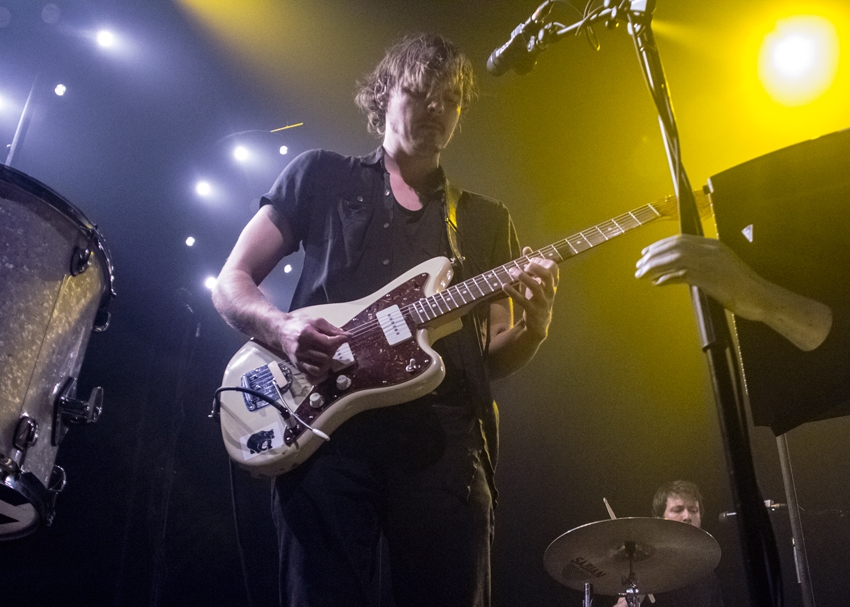 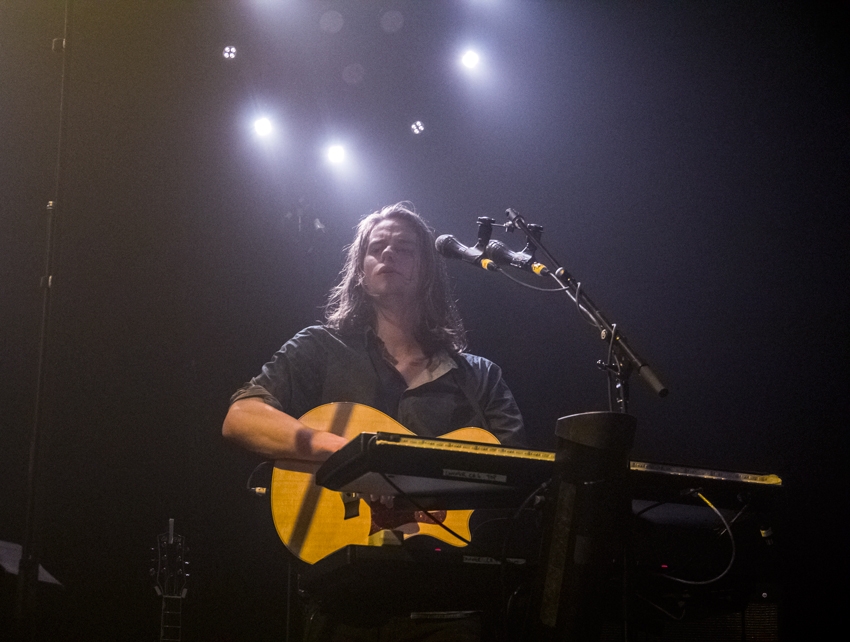 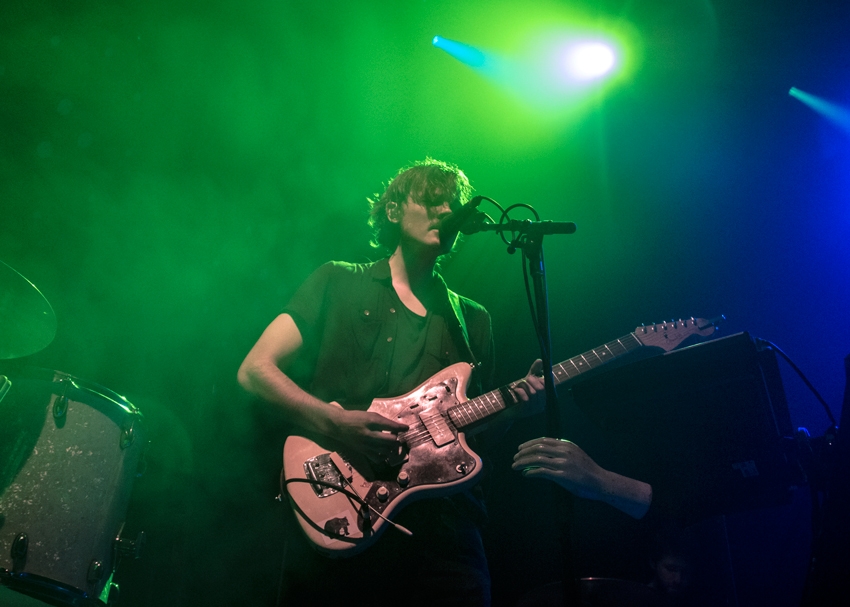 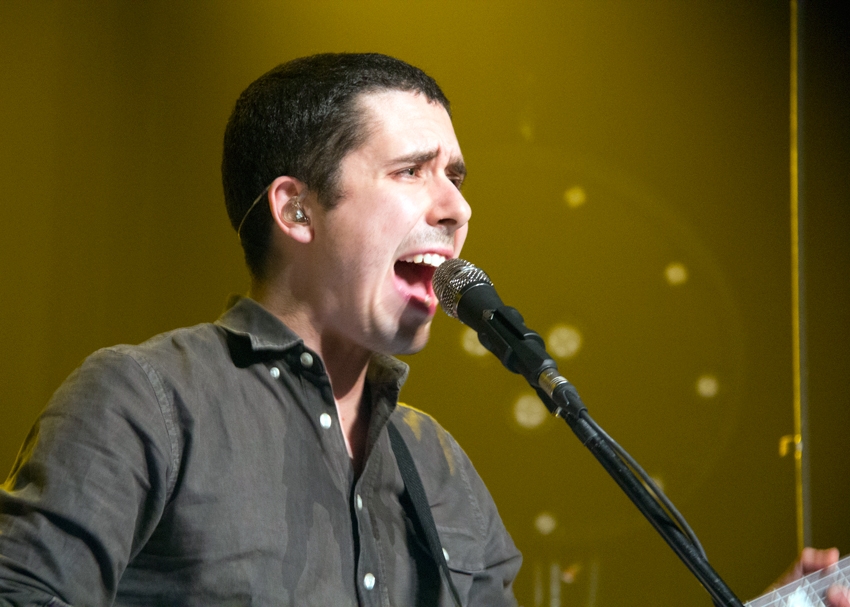 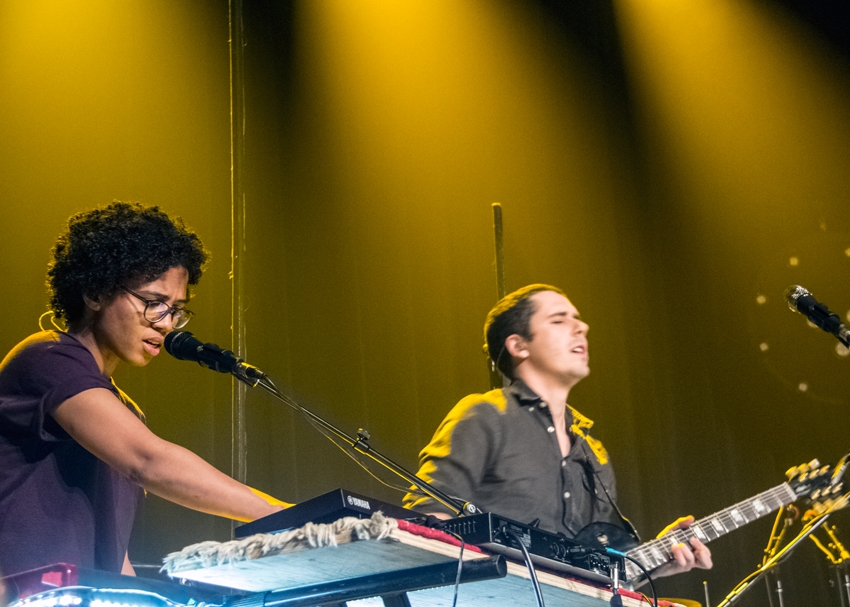 Have you ever loaded a canoe off the coast of O’ahu, packed with only a few litres of water, a sh*tload of red wine and some beef jerky, setting weak-armed paddles for Rabbit Island? Me neither, and I don’t even know that that would be possible, but if it were, Half Moon Run would be the soundtrack for the journey.

I attended tonight’s show at The Imperial, Vancouver’s up-and-coming intimate, grungy-chic venue that’s started calling on the offshoot Gastown/Main Street crowds for the last year or two. The dirty sophistication of the attendees was apparent in the couture shoes & Salvation Army tee’s, yet the musical knowledge & emotion was vast, at least, according to my experience. If you didn't feel this way, perhaps you should venture beyond the front row of hot, hair-flipping “band-aid” (have you seen Almost Famous?) babes that were aplenty.

Being on the arguable side of short, I couldn't get a firm view of the band whose talent I came to assess (that’s what those of us do when we have little talent of our own), so I went upstairs to the mezzanine, where I inadvertently attended a wake I wasn't initially invited to.

The men beside me slow danced together while selflessly pushing me to the front of their view, in near tears. I didn't understand, nor did I need to; I just assumed I’d finally met others with the appreciation for sound that I so rarely find. The set list began with Turn Your Love from the folk-forward 2015 album release Sun Leads Me On, which most of tonight’s songs came from but Call Me in The Afternoon & She Wants To Know reigned us back in to the more familiar, grittier, Dark Eyes album of 2013.

I chatted with my new friends about what we were hearing, and comparisons of Dire Straits and The Avett Brothers were tossed around, while I am certain I walked by key members of Vancouver band Bend Sinister, in the crowd. As the evening progressed, I became privy to the fact that I was sharing space with the brother of Half Moon Run’s biggest fan, who had just suddenly passed. They came to celebrate his life. And what a celebration it was with heavy guitar riffs, melodic harmonies and even a new age lullaby or two.

The Canadian band members originate from both BC and Ontario, apparently now residing in Montreal. There is a downhome country feel to their unassuming style, and approachability in the words they write; not every band can call themselves lyricists but these four surely put some honesty into the mantras they cite.

I am moved by all things emotional and I was privileged to share the evening with the fellows that I did. There is always something more powerful about experiencing music with a personal context from the crowd. May the sweet brother you lost rest in the peace, drums, pianos and vocals that tonight provided.