Local rockers-of-extravagance played a free show at Venue in appreciation of their Vancouver fans. 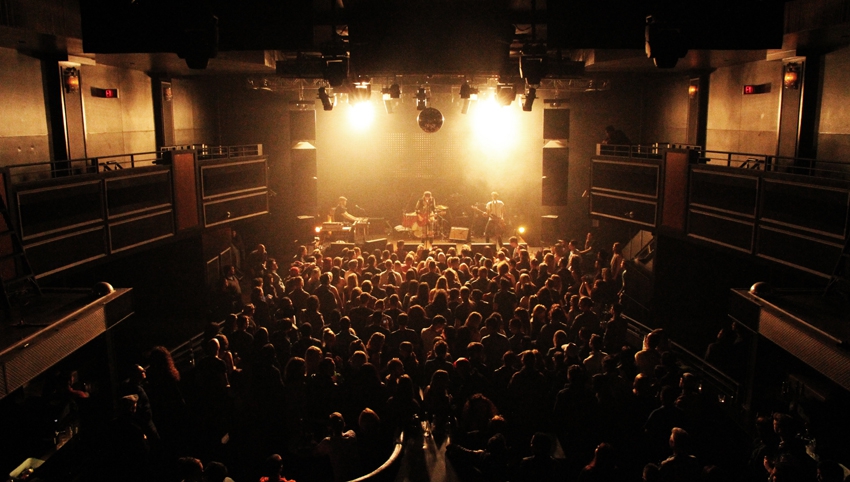 Bright lights on a Thursday night.

Not only is Café Crepe famous for its $13 beer pitchers, but it also hosted the first sight of local band, Gay Nineties, before their free concert last Thursday. Lead singer and guitarist Parker Bossley leaned over the patio railing to chat with Dan Moxon of Bend Sinister before making his way across the street and under 102.7 The PEAK’s tent for some vogue shots with the band.

First to take the stage was bushy-bearded Moxon, who continued to wet his palate behind a keyboard. He entertained the early crowd with his characteristic piano rock, with bassist Matt Rhode (Bend Sinister) and drummer Malcolm Holt (Gay Nineties) eventually joining him. Moxon exhibited merriness through numbers like “Afraid of the World,” an A-major honky-tonk full of found-at-home happiness. 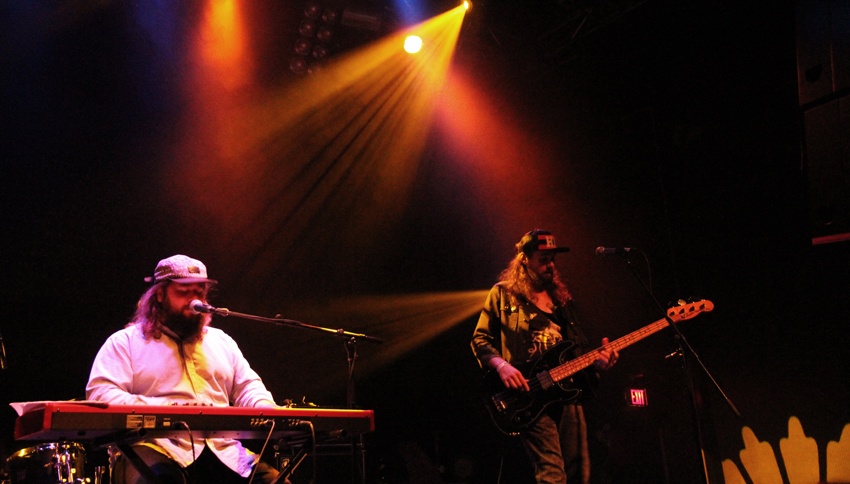 Gay Nineties gained traction in Vancouver after making the Top 20 in 2012’s Peak Performance Project. After a quiet couple of years—for the band, not its members—Gay Nineties recently released their Liberal Guilt EP and are spending the month of May touring across Canada.

Gay Nineties get a lot love from Vancouver: Their exuberant single "Letterman" has been spinning consistently on The PEAK’s radio waves, due in no small part to its distinguishable local sound. That's hardly a coincidence since frontman Bossley has played in several prominent B.C. bands including Hot Hot Heat, The Mounties, and Fake Shark – Real Zombie.

Halfway through their showy set, Bossley—whose hippie headband held back only some of the sweat trickling past his shimmery eye-shadow—raised his petite glass of red wine to make a toast: “We’re so happy to be starting our tour in Vancouver . . . I’d like to make a toast to our home town.” 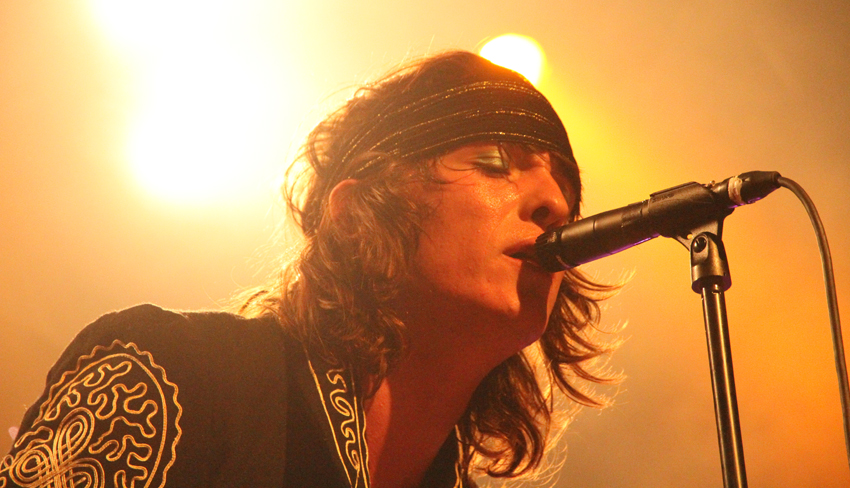 "And culture breeds contempt in the modern world."

Bossley’s humble banter contrasted well with Gay Nineties' glaring light show and loud, lavish rock performance: “Do you guys remember high school? That was kinda of f*cked up,” he said, before the band warmed the room with the hip-motivating Latin grooves of "Good Times."

The concert came to an end as the band thanked the crowd for “giving us the best year of our lives.” Friends and fans whooped, cheered and applauded. And from the back of the club, a proud Steve Bays (Hot Hot Heat, Mounties) looked on with what one would swear was a twinkle in his eye. 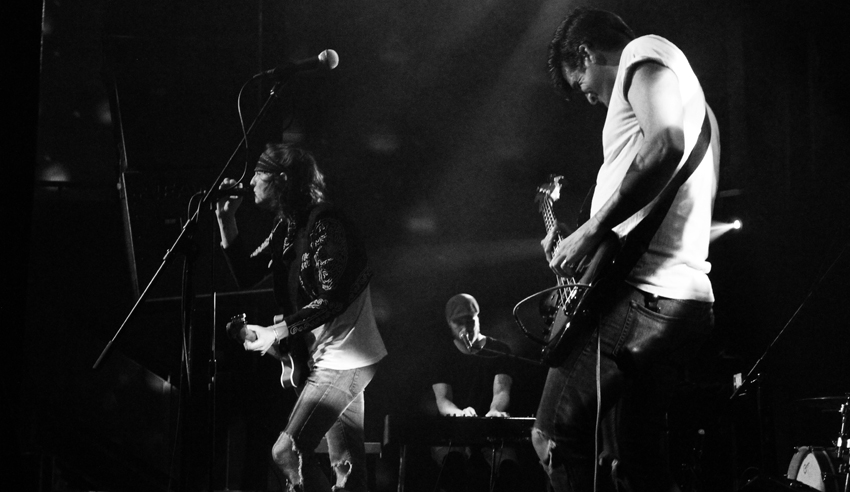 "We made a pact / To separate ourselves from the pack"

All photography by Alistair Mellen