From the moment they took the stage their eclectic and highly contagious energy swept over the docile crowd, transforming the Commodore in to one big dance party. 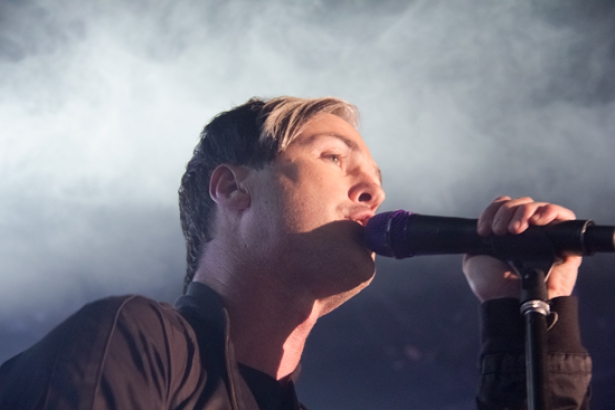 Article by Kari Anderson, Photography by Craig Fleisch
Fitz and the Tantrums played a sold out show at the Commodore Ballroom last night, and rightly so.  From the moment they took the stage their eclectic and highly contagious energy swept over the docile crowd, transforming the Commodore in to one big dance party.

The dynamic Michael Fitzpatrick (lead vocals and keyboards), and Noelle Scaggs (vocals and percussion) were an amazing duo on the vocals, playing off each others unique tone and power to raise the excitement and energy of the room in such tracks as "The Walker" and "6AM".  They never stopped moving as they danced around the stage, and had every person in the crowd making heart-hand gestures emulating the love they had projecting from an ever changing, 20-foot LED heart lighting up the stage.
Fitzpatrick gave a storybook intro to their chart topper "Out of My League" which had the crowd rooting him on.  Their remixed version of "Tainted Love", meanwhile, had every foot stomping.

The other members of this six piece ensemble include James King (Saxophone), John Wicks (drums and percussion), Jeremy Ruzumna (Keyboards) and Joseph Karnes (bass guitar) who kept up the same level of big band intensity with funky saxophone and keyboard solos.

Fitz and the Tantrums' unique sound can best be described as soul infused indie rock.  The band formed in 2008, and within one week of meeting, these L.A. natives were playing their first gig, yet to see live them they are a well oiled machine that clearly works best as one.  The Launch of their second album "More Then Just a Dream" in 2013, has the band touring across Canada and the U.S., as well as a variety of upcoming music festivals. 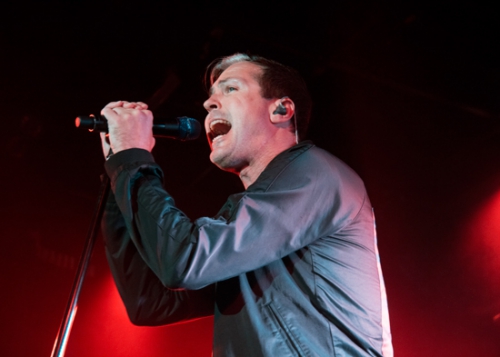 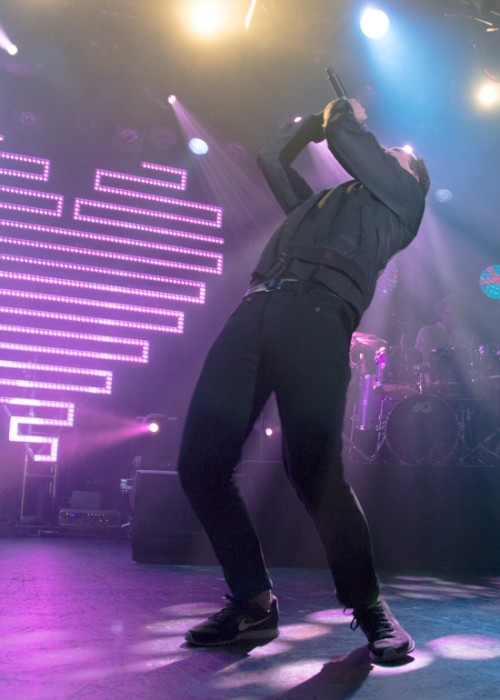 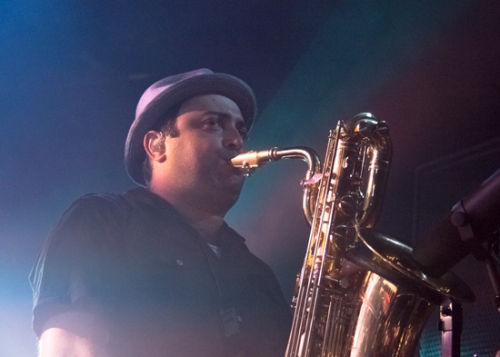 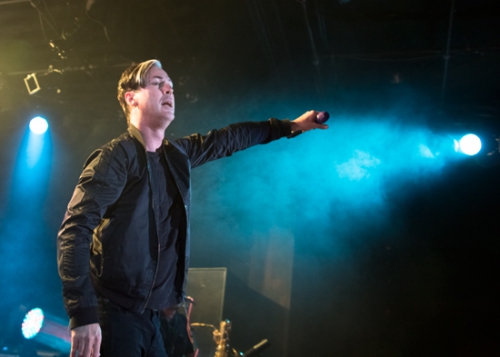