Empire Of The Sun converts the Orpheum to "standing room only" 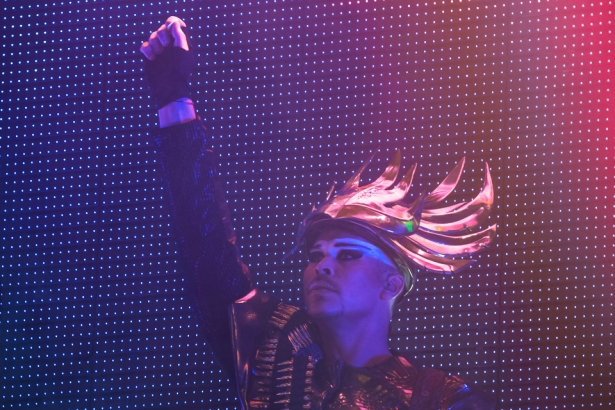 Sometimes, all you want to do is move a little, you know? Turns out, those times often coincide with Empire Of The Sun tour dates. And judging by the overwhelming majority of standing spectators at the Orpheum Theatre - despite its 2,780 assigned seats, I wasn’t the only one letting out a jig.

For first timers, there had to have been a certain amount of skepticism though, as with any synth-oriented group. “Would the electronic sound translate into a live setting?” It did, and flawlessly at that. I remember reading someone describe the experience as “a post-apocalyptic psychedelic adventure.” At the time, I didn’t really know what that meant. But now that I’ve seen them, I’ve gained a profound understanding.

Watching Empire Of The Sun live is a little like watching an extravagant theatre production. It’s complete with big personalities, fantastic costumes and it completely captivates you. From beginning to end, you experience a narrative unfolding to an infectious, synth music soundtrack.

This post-apocalyptic adventure covered all the bases as far as set lists go. The group spent most of its time playing songs off of their new album, but they left more than enough room for big hits from their previous studio release. The band’s new single, “Alive,” was a standout. The audience adopted it as an anthem for the night, singing along every time the chorus came about. When “Walking On a Dream” started up, the entire audience bounced to the punchy base lines. And if people had yet to hear “DNA” off the newly released album, Ice On The Dune, they were introduced to an instant favourite.

The night was capped of nicely when, on two separate occasions, Luke Steele smashed his guitar and threw it aside. The audience seemed to love it, despite the ambiguity behind the decision to cause irreversible damage to him music-making device. Maybe he was taking it upon himself to fire up the audience. Or maybe he just wanted an excuse to buy a few new instruments.

I think it had more to do with some sort of sacrifice. Presumably to the Sun. They are the Empire of it, after all. 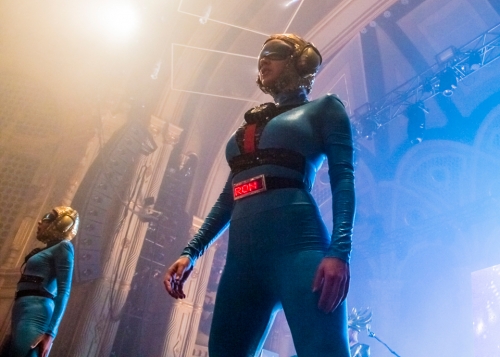