Goulding opened with Figure 8, a song clearly loved by her adoring fans who sang at the top of their lungs while capturing the moment with their smartphones. 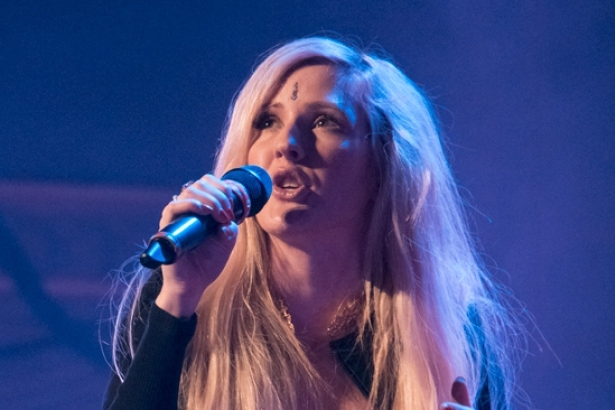 Ellie Goulding's Halcyon Days tour arrived at Vancouver's Orpheum Theatre on Thursday evening. Counting her last six shows, she has sold-out every venue she's performed at, including Vancouver. This is Ellie's second world tour promoting her second album 'Halcyon'. Her debut album 'Lights' was released in 2010 while her second album released two years after featured thirteen songs. However, last year she released an additional 8 songs to Halcyon renaming it Halcyon Days and has been on tour since.

For those unfamiliar with Goulding, she is an award winning British Electro-pop singer-songwriter who has projected herself onto the worlds stage with hits such as 'Lights', 'Burn',  'I need your Love' and her signature cover of Elton John's 'Your Song'. She had the honour to perform 'Your Song' at the wedding reception of Prince William and Catherine Middleton at Buckingham Palace. And this year she received the award for best British Female at the 2014 BRIT Awards.

The Orpheum Theatre was filled largely young, female audience whose excitement was shown from minute she stepped on-stage. The entire venue was standing room only for her full performance. She was supported by her four-piece band and three backup vocalists. In addition, the stage was back-lit by a wall of LED screens in the shape of a triangle, Goulding's trademark symbol. She absolutely loves triangles, sporting a triangle tattoo on the inside of her right wrist and even makes reference to it in her song “Wish I Stayed” where she sings “Why do I always draw triangles instead of the words this paper so deserves?”.

Goulding opened with Figure 8, a song clearly loved by her adoring fans who sang at the top of their lungs while capturing the moment with their smartphones. She continued an upbeat set with Ritual followed by Good Gracious, Animal where she let loose on-stage moving to the beat and her letting her blonde hair flow wildly. She transitioned to the drums for bridge of 'Starry Eyed' without missing a single beat. Halfway through her set the tone changed with an eery trip-hop style cover of Alt-J's Tessellate and Jame Blakes' Life Round Here. It was evident Goulding was there please as the songs that followed saw her band disappear leaving her alone on-stage with an acoustic guitar and her remarkable voice. The tempo was brought back up for the latter half of the set and saw the venue change into one huge dance party with fans dancing next to their seats and throughout all the aisles along to her heavy hits (Anything Could Happen, I Need Your Love, Lights, and Burn).

Ellie Goulding seemed extremely grateful to be performing in front of the Vancouver crowd. At some point between songs she stated, "I’ve had one of those rubbish days and I didn’t know how the concert was going to go,” with a heavy sigh. “But you guys have cheered me up immensely.”

Still early in her musical career, there is little doubt Ellie Goulding has countless more hits to come and will continue on her road to superstardom. 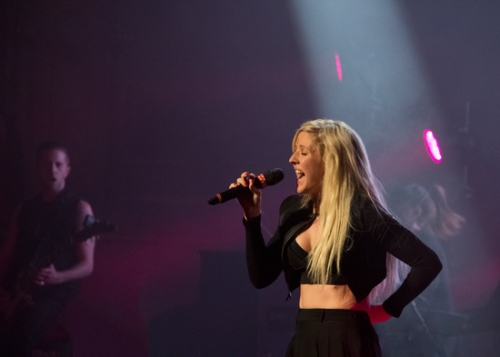 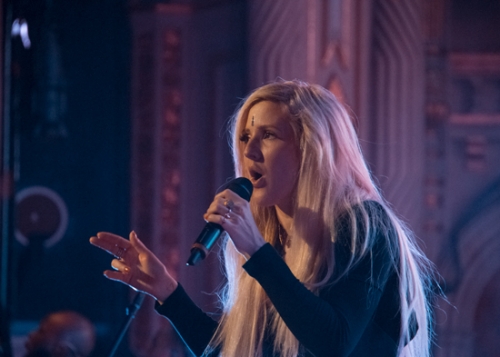 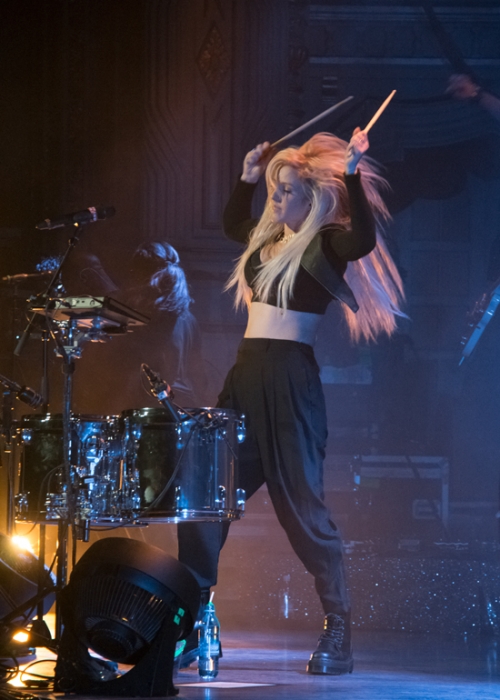 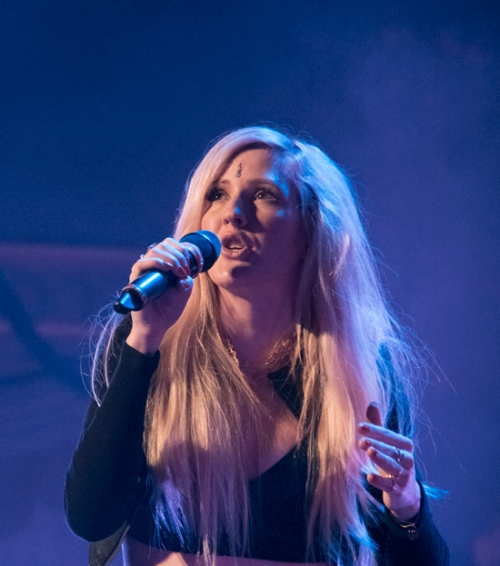